Francisco Palma Jimenez (1933), who is also known as Paco, was born in Albuñuelas, a small community of some 1100 inhabitants in the Granada area in Spain.

His house, locally known as la Casa de las Conchas (the Shell House) has been decorated with millions of shells Paco himself collected on the Spanish beaches, a project he began in the 1960s and which kept him busy for some forty years. 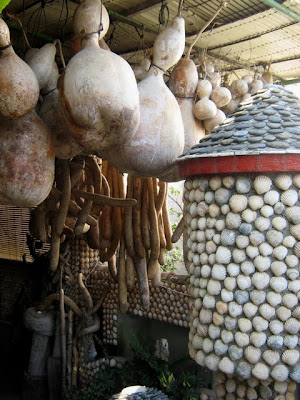 As can be seen on above picture, Paco also used pumpkins to decorate the house, not just two or three on a tray like most of us would do, but some 5000, all attached to the ceiling. 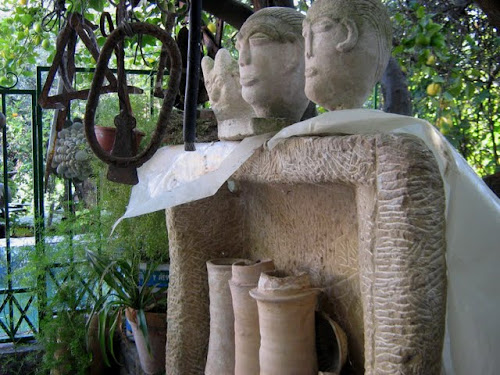 Then, as pictured above, Palma has also been active in making sculptures and he has collected all kind of machines which in the past were used on farms, some being antiquarian.

Another activity of Palma is making all kinds of rope craft items, like baskets.

Currently (2015) in his early eighties, Palma had a very industrious life. To earn his living he worked in agriculture, hiring himself to harvest olives in Spain and tomatoes in France. He is not a rich man in terms of money, but he considers himself to be rich in terms of the satisfaction he has earned from the creative activities in his life.

And, as people who have visited him reported, he is a very friendly person, always ready to open the doors of his house for people who would like to admire what he created.