The above pictured shell decorated site, in the 1920s and 1930s a well-visited tourist attraction in the community of Leven, located along the east coast of Scotland, currently doesn't exist anymore.

William R. Bisset (1869-1964), an inhabitant of the community, in the 1920s began decorating his house and the ornaments in his garden with shells. He also installed a small menagerie with some monkeys and other small animals. 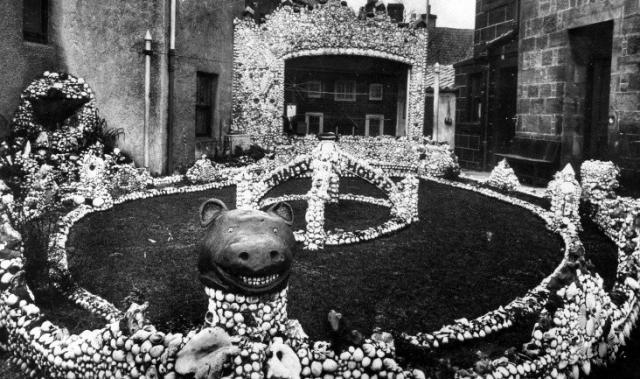 Bisset's son James, who continued the work of his father, got the idea to install a shell decorated old Leyland bus in the garden, probably as kind of a diner. (On Flickr there is a picture of the bus with a family in front of it).


After the war, in the 1950's, the shell house and garden remained a tourist attraction. 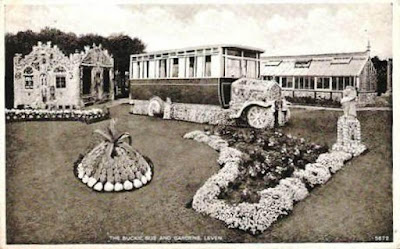 The site has been removed

In 1978 James Bisset died. The inheritors wanted to sell the property, but there was no interest in buying a house with a shell garden, so the site was "normalized" and on the premises a bungalow was built.

The house itself, on the corner of Seagate, near the Promenade is still extant, but just with a limited number of decorations.

Here is a picture via streetview 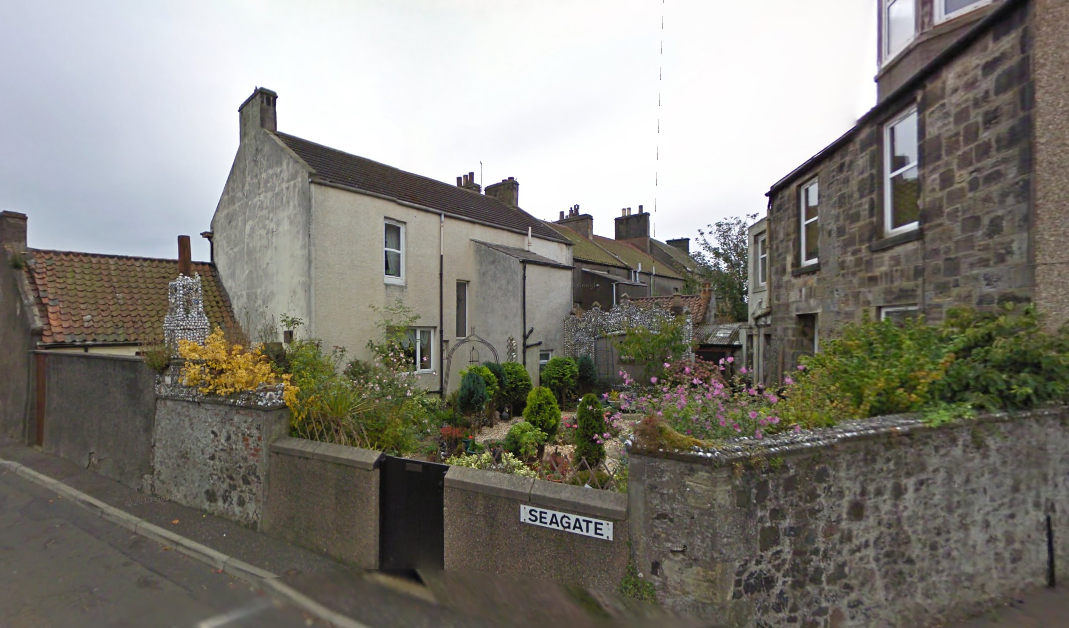 And another one from a website about making walking trips:

So, apart from the few decorations which have been left, a full view of this art environment will be available only on postcards.

And it is still in the memory of older people who in their youth happened to visit the site.

Documentation
Except pictures on Pinterest etc, the internet hasn't links to articles or comparable documentation about this site