The house pictured above, located in the small community of Saint-Pierre-de-Rivière -some 700 inhabitants- south of Toulouse, France, was single-handedly built and decorated by its owner.

The house is attractively decorated indeed, but a passer-by could be most most impressed by the garden around, which has a variety of sculpted animals, kind of a zoo, one might say...

People living around named it the Barguillère zoo, after the name of a regional valley through which the river Arget flows. 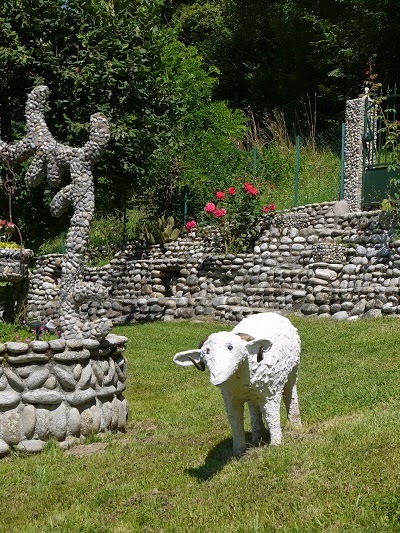 This is Gérard Hansotte's art environment. Born in 1944, he would mainly work as a mason.

When he retired in 1997, he began making sculptures of animals from concrete and river pebbles, which he painted with colorful, weatherproof paint. Some of these sculptures are really life-size, as the examples of a three meters high dinosaur, a giraffe and an elephant in below pictures show. 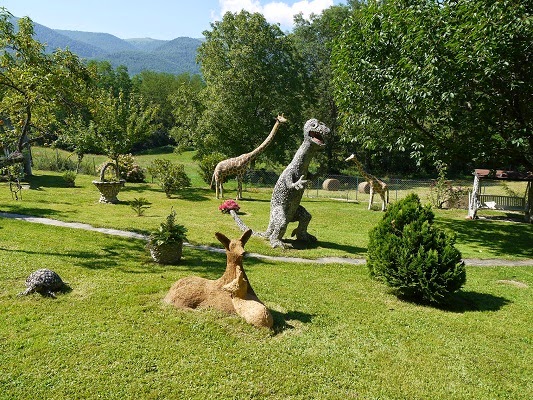 Hansotte made the sculpture of the dinosaur at the request of his grandson, who owned a miniature version. 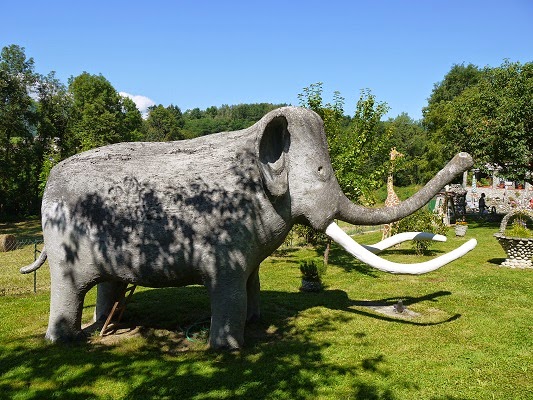 The garden currently has a large variety of sculptures of animals, such as a mammoth, a crocodile, an ostrich, wild boars, but also dogs, deer, sheep, snakes and other smaller animals.

Hansotte only made two sculptures of people, one that depicts himself, as in the picture below, 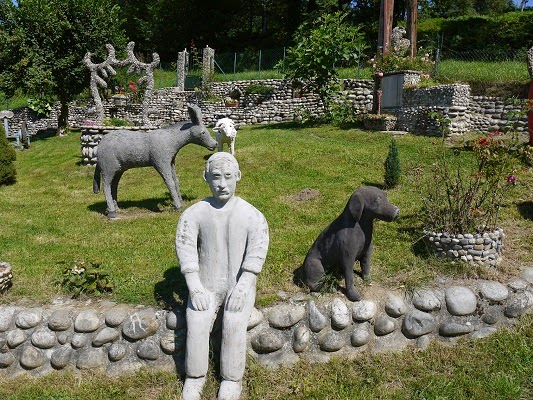 and another one, depicting a prehistoric discovery made in 1971 in the French Pyrenees: the Tautavel Man, as in the picture below. 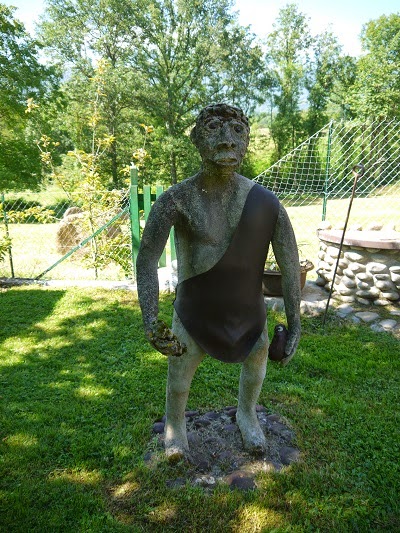