Roberto Pérez, a medical doctor at the Sanidad Exterior in Almería (Andalucia, Spain) in 1988 bought a piece of land of some 2300 m² (0,57 acres) in El Fargue, in the north of the province of Granada, Spain.

It was a fairly cluttered plot and Pérez started off to renovate it, by improving the soil and planting trees.

The site also contained a large number of stones, which Pérez carefully removed and which inspired him to use in constructing "strange things" as he jokingly said himself, or -as he named them more formally- escultecturas margivagantes, after the book about fantastic architecture in Spain edited by Juan Antonio Ramirez, the first Spanish book about art environments with built structures (published in 2006).

Initially the idea was to use the land for recreation, but one night sitting outside watching a twinkling starry sky, the idea settled that one of these "strange things" could be kind of an "observatory", a fancy building, but one provided with a telescope.

Accordingly in the 1990's El Mirador came to be created. An artwork made without a pre-conceived plan, built with stones unearthened at the site and with various recycled materials, bearing the same name as the Mayan settlement in Guatemala, discovered in 1926.

It became a built structure with curved shapes and artistically designed elements such as semicircular windows, alcoves and kind of an oriel window, all meant to please the eyes, but not yielding a structure fit to live in. 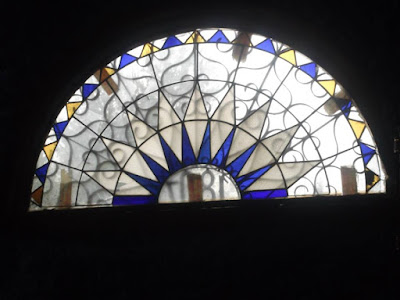 Pérez has embellished the site in various other ways, creating other (smaller) built structures such as a chapel, making colorful stained glass windows, arranging materials from the dumps and excavated stones into freestanding artistic elements and making a variety of sculptures.

Pérez' sculptures may appear as stand alone artworks, often made from white marble, depicting animals or persons, such as the newborn child in the picture below. 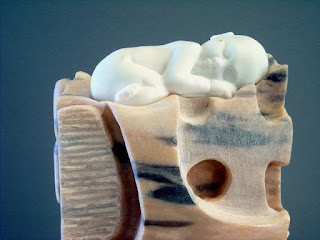 The site also has sculptures made by by friends, such as this low relief creation by Gerardo Jofre. 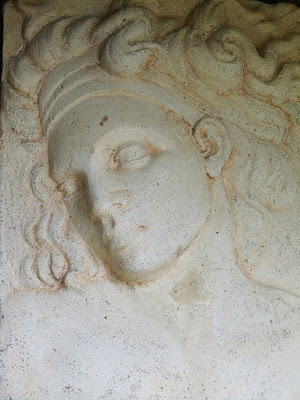 Action to save the site from demolition

As most art environments all over the world, Pérez site of enchanted stones came into being without a preconceived plan and without a prior building permit.

When Pérez in 2012 approached the authorities about legalizing the built structures, they reacted formally by banning further construction, charging demolition of what already was built and imposing a fine. Pérez fought this decision, because the structures are artwork and not buildings to inhabit. In 2015 an action on change.org resulted in an international petition to the authorities to preserve the site.
This action has apparently been successful, because afterwards there were no reports about the breaking down of structures.
Situation 2021 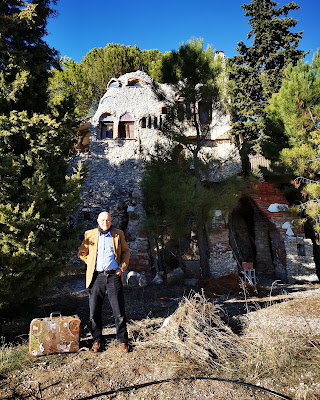 The pictures above and below, made in November 2021 by Tiramisu Bootfighter, who traveled through Spain in the context of his project La Valise, Galerie Ambulante, shows that the site at that time still was in good condition. 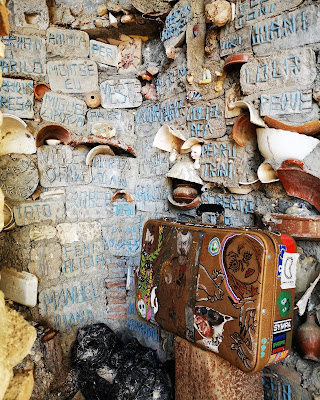