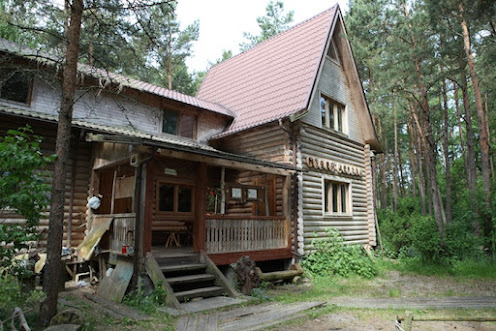 The Russian region of Kaliningrad, in the northwest of the country, has an inland sea called Curonian Lagoon. A small strip of sandy land, almost 100 km long, separates the lagoon from the Baltic Sea.

This is the Curonian Spit. The strip became a nature park in 1987 and was added to the UNESCO World Heritage List in 2000. 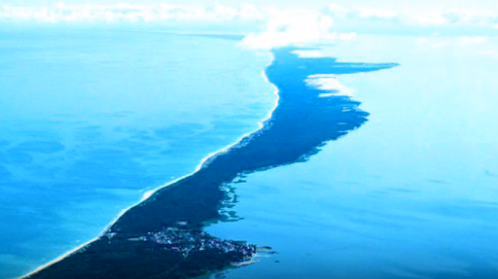 On the grounds of the visitors' center of the park, apart from the usual facilities and a museum about the nature around, there is an art environment in the capacity of a special museum with wooden sculptures depicting spirits, demons and fairy-tale characters in Russia and other Slavic countries. 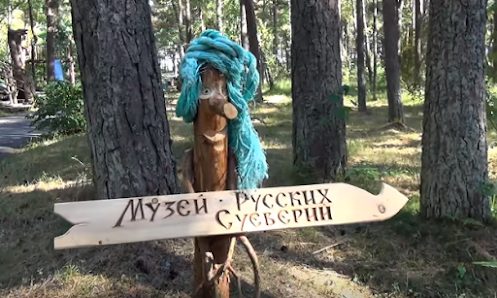 The large collection of wooden sculptures exhibited by the Museum of Russian Superstitions  has been created bij self taught artist Mikhail Alekseevich Semenov, who in 1951 was born in the city of Kaliningrad.

Semenov became a television presenter, he wrote songs and published books. He has said that from his father, who died when Mikhail was ten years old, he inherited the talent for seeing beauty in ordinary things and a vivid outlook on life.

In 1982 Semenov visited the National Art Museum MK Ciurlionis in Kaunas, Lithuania, where he saw an exhibition about devils. This led him to study books about superstition. which showed him that the world of folklore and superstition knows dozens of ghosts and other characters. 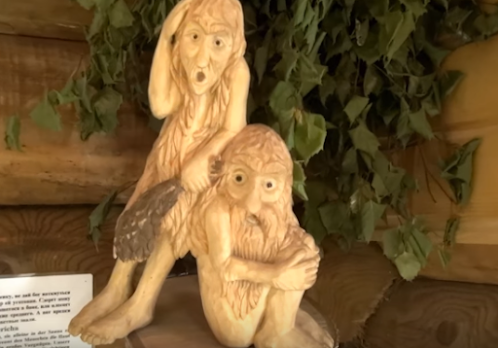 Although he did not have any training in sculpting, in 1985 he started making wooden sculptures of a few characters he had come to know through this study. This became a real passion and around 2000 he had created such a large number of sculptures that in 2002 a small museum could be set up on the grounds of the visitor center of the nature park.

Semenov himself became the director of the museum, where he also installed his workshop and, together with his wife Irina Semenova, received visitors, took care of the interior of the museum and kept making sculptures. 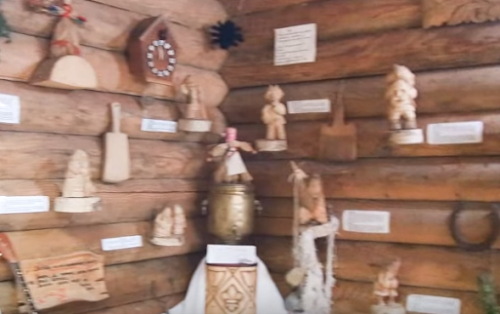 From the opening the museum attracted many visitors, not just those who visited the nature park, but also holidaymakers from the nearby seaside resort Zelenogradsk, located on the Baltic coast.

Since Semenov had founded the museum without any expectation and partly as a joke, he probably did not expect this success. Managing the museum came as an unexpected but welcome change of his life. 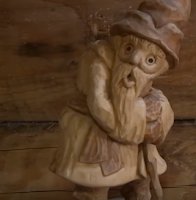 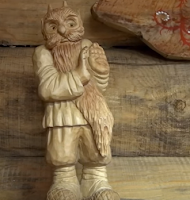 Due to a disagreement with the owner of the building, in 2008 the museum moved to the neighboring community of Yantarny, where it was housed in the museum at Amber Castle, a building dating back to the 14th century, which was commissioned in 1995 as a museum on local history, in particular the gathering of amber.

However, in 2012 the museum returned to its original location at the visitors center of the nature park at Curonian Spit. 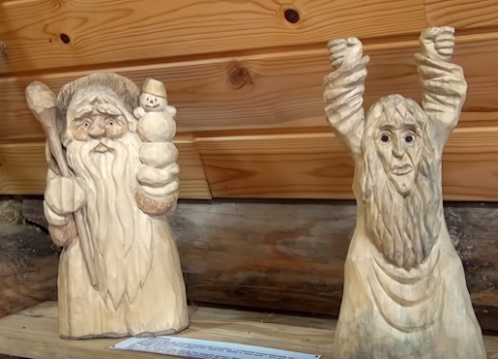 The approach of the museum is not aimed at glorifying the devilish, it mainly seeks to present the collection in the context of folklore and tradition.

So already at the outside of the museum visitors will see the cabin of Baba Yaga (picture below), a famous character of Slavic folklore. 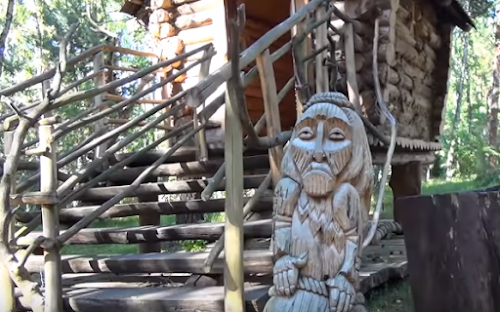 Inside one can see the wooden sculptures, generally executed in small format. In Slavic mythology there are some eighty spirits known that could help or harm people. These spirits had their own habitat, there were forest spirits, water spirits, ghosts of the night, of the field, of the road or of the house.

In the museum, in general, every type of spirit has its own sculpture, accompanied by an explanation in Russian and in German. 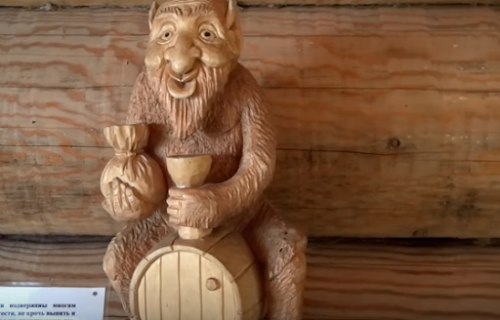 Spirits depicted in sculptures in the museum are for example:
-Bolotnyanik, the spirit of the swamp,
-Leshy, the protective spirit of the forest,
-Basilisk, a mythological character that comes from a cock and has a deadly gaze that changes everything that lives in stone and dies himself when he sees his reflection in the mirror,
-Babai, an evil spirit, walking around like an old man in the night with a big bag in which he would take on naughty children,
-Vostrukha, a spirit who stays in a house behind the stove, watches thieves and ensures that nothing will be lost in the house.

A more detailed overview, with many images, is included in an article in Life Journal 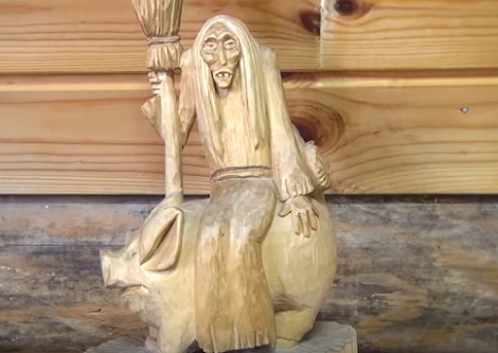 Semenov has also began making a series of wood and ceramic sculptures representing people who lived in the Kaliningrad region and who in some way made a mark on its history  from the thirteenth century on. The new collection is entitled Countrymen and it is kind of a portrait gallery.


This series, nowadays comprising about 40 items, can be viewed on the second floor of the museum. Short annotations indicate when the persons lived and at which events they were involved.


* Article  about the museum on the website of the National Park
* Article on the website Slavyanskaya Kultura
* Article on website Veni Vidi (november 2009
* On Live Journal a large series of pictures of te sculptures and a description of a variety of spirits
Videos
*Video by VESTI Kailiningrad (2'30", YouTube, November 2016)

Mikhail Semenov
Museum of Russian superstition
on the road from Zelenogradsk to Klaipeda
Curonian Spit, region Kaliningrad, Russian Federation
entrance tickets can be bought at the entrance of the nature park
Posted by henk van es at 1:11 PM