The Rectory Garden Center is located in the community of Wigan in the western part of England, between the cities of Liverpool and Manchester.

Cotton mill worker, Kevin Duffy (b. 1945) had to look for other activities when employment in the mills declined. With his wife he did a musical act in pubs around and then he began selling products from his garden.

These sales developed well and gradually Duffy ended up as director of a garden centre.


Around 1995, after the death of his wife, Kevin Duffy began making creations from concrete, probably with the idea to somehow embellish the garden center.

He started by making two-dimensional facades in Tudor style, which he arranged in the garden. In preparing these structures Duffy re-used all kinds of demolition materials, like old doors.

In subsequent years he also would make sculptures and three-dimensional structures, like he made a chapel, that can be entered and that has some interior decorations.

Visitors can burn candles in the chapel, and if they leave a donation, Duffy in his turn will donate the collected amount to local charitable organisations. 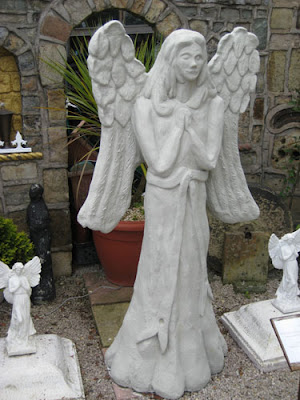 In the course of the years Duffy has made a lot of sculptures and then he also has put a lot of energy in adding new structures to what gradually has become kind of a village, which houses various characters known from literature and history.
Here are some examples of sculptures Duffy made (pictures from the website of he Rectory Garden) 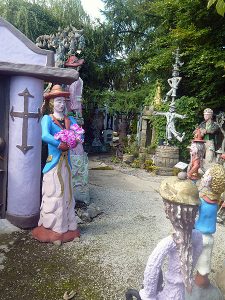 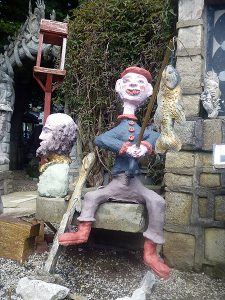 The pictures below (from Facebook) were shot in August 2019, when Tiramisu Bootfighter of La Valise, Galerie Ambulante (i.e. the suitcase at the feet of Kevin Duffy) visited the site. 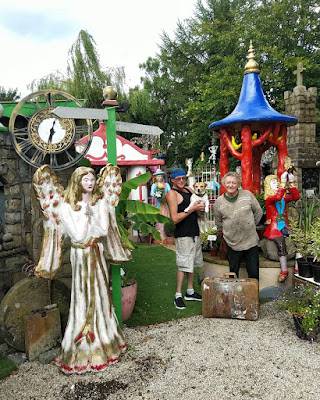 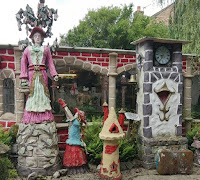 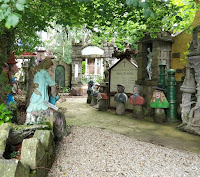 Kevin Duffy is now (2022) in his late 70s. Since he had a stroke, he is taking it easy when it comes to maintaining the site. His son Carl Duffy provides all the necessary support.
Documentation, more pictures
* Website of the Garden Center, with the story and various pictures
* Article on SPACES website (2012)
* Article on Dr Tony Shaw's weblog, with a variety of pictures (May 2014)
* Entry on  website Outsider Art Now (July 2014)
Videos
* Video by Jeffry Patrick Web (2010, YouTube)
part 1