In the 1950's in artistic circles in France, especially among the surrealists, interest arose in creations made by art brut artists as they were labelled these days.

Séron, a baker by profession,  lived in the small community of le Pressoir-Prompt, Essonne, south of Paris.


In his dreams he saw images that he wanted to reproduce in reality, so he began making sculptures which he displayed in the garden in front of his house.

The story goes that he put newspapers and other documents inside these sculptures "to give them a soul".

All together Séron made some 90 sculptures, depicting a variety of animals (such as a giraffe, a lion, a swan...) and people (such as young ladies dancing or blowing a horn ....). 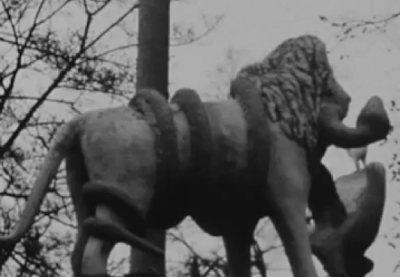 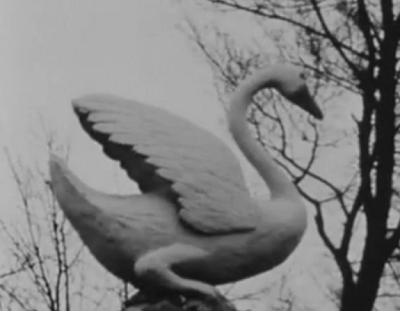 Séron also made paintings in a naive style.

It's not clear what happened with his paintings after his death. Although there has been some vandalizing, a number of the sculptures still are present in front of the house (see streetview in the location data, below).

Documentation
* Weblog Art-Maniac (in french) has a number of pictures by Gilles Ehrmann.
* In his weblog le Poignard Subtil Bruno Montpied has a variety of referrals to Séron, included references to a number of articles about Séron published in the 1950's

Video
* In 1954 Séron was interviewed by French TV. The recording, 8'31" is currently in the INA archive.