An art environment for me is a relatively large-scale creative construction that is related to the place of living of the one who makes it. So, building a castle with your own hands is obviously making something large-scale, but not "relatively"....

A castle might rank as a creative construction XXL

IstvánTaródi (1925-2010) from the community of Sopron in Hungary, did it.
In 1945, as a young man of less than twenty year old,  on a plot of land that belonged to his parents, he already constructed kind of a (wooden) tower of some 8 m high. He settled there with his wife he had married in 1946.

Around 1951 Taródi could become the owner of a piece of land, an abandoned orchard in the eastern outskirts of Sopron.

On this plot in 1959 he began to build a castle. It became a project that would keep him (and the members of his family) busy for the next fifty years. He would work on the project while he also had a job during the day, so he started at five in the morning, to continue in the afternoon after he had done his daily job.

In preparing his project Stephen Taródi made a long distance journey by bike along Hungarian castles to observe their layout.

The result of all this industrious labor is quite impressive. 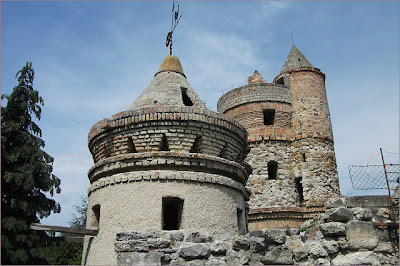 The castle has everything a castle should have: a fenced gate, a bridge, a court-yard, towers, donjons, spiraling staircases, a stylish decoration ..... 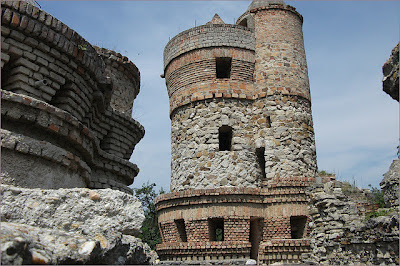 The construction covers an area of some 4300 m² and the highest tower is 20 m high. 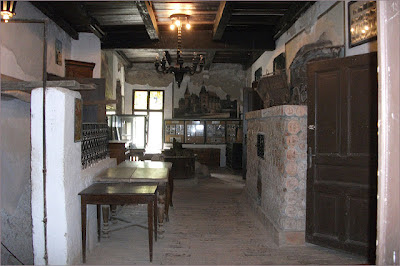 The interior has a number of rooms, where Taródi stored items he collected during his life, like classic furniture, motorcycles, paintings, farm tools and so on. Due to the lack of financial means. it is not possible to show the collection in a somewhat orderly arrangement or take measures to refresh the museum's somewhat sloppy and dusty appearance.

Stephen Taródi passed away in February 2010.


His sons István and Tibor continued to take care of their father's castle, establishing a family company to manage the site as a museum that can be visited.

In 2018, the national government financed a renovation of the exterior of the castle. Overgrown vegetation has been removed, defects in walls have been corrected, and joints have been renovated. The walls were also provided with a water-repellent layer.

Visitors are welcome. After paying a small entrance fee one can look around in part of the building.

Documentation/more pictures
* Wikipedia
* Pictures (2012) on the weblog of Nádasdi Zoltán Szabó
* A series of photos on Flickr by the author of the weblog Curious Expeditions, with many pictures of exterior and interior of the castle.
* Tarodi wrote a book about his life and work (published in 2007), but up to now I couldn't trace it.