I am not quite sure if Horace Diaz' art environment really answered to the name of Noah's Arc, but if not, such a name anyhow would have been a good description of what Diaz  created and exposed on a terrain he owned south of the community Lodève, in the Herault-area in France.

Horace Diaz (1929-2013) was born in Malaga, Spain. In 1938 the family moved to France, fleeing the regime in Spain. Grown up, Diaz had a training as a mason and succeeded in making a career in all kinds of construction works.

One day when he had built a house for a client, he was asked if he also could create a garden around that house, garden ornaments included. Diaz decided to give it a try. He successfully created some ornaments and, his interest in sculpting aroused, this became kind of a passion.

Beginning in 1966, through the years Diaz has made a variety of sculptures mainly depicting animals, some of which were rather large-sized. 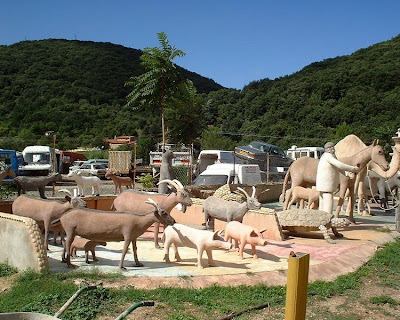 For some thirty years Horace Diaz has been active in making sculptures.

Although the site at Lodève's industrial area had a (mosaic decorated) pied à terre, Diaz didn't live there. He had an apartment in the center of Lodève with a balcony decorated with some sculptures of animals ¹. 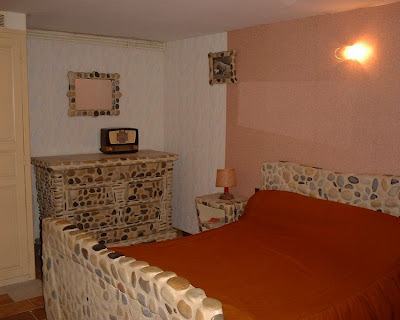 Horace Diaz was a respected sculptor. He was a guest of honor in an open air summer exposition in the community of Salasc in southern France (summer 2009). The exposition showed one of Diaz' well known creations, the giraffe. 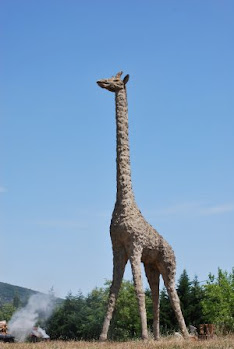 Horace Diaz passed away in March 2013. Following his death the site at the industrial area was cleaned up. The sculptures have been scattered across various private collections.

One of the sculptures, a large crocodile, in 2015 has been added to the garden of the Art Brut Musée in Montpellier in southern France, opened for the public April 9th 2016. 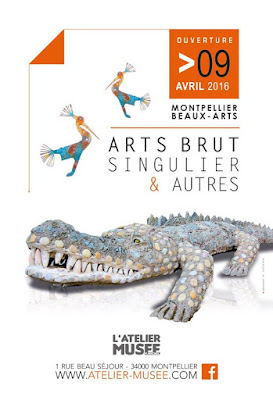 The crocodile also appears in the new museum's first affiche.