In 1997 Jean-Claude Marchi, just for his fun, made a miniature Corsican house, using little stones he came along when making a walk in the environment. He was (maybe still is) a cheese maker. He had no creative ambitions, and when he made his first little house, he probably had no idea that this leisure pastime would result in a complete miniature Corsican village. 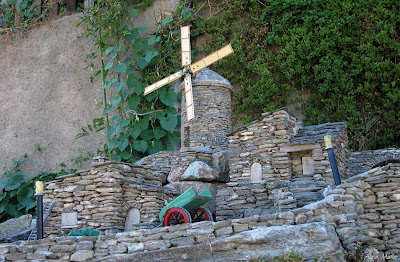 His creation, situated in the garden of his house in the small community of Carriolu in Corsica, can be seen from the road that runs along the garden.

The miniature village is kind of a replica of the small community of Rostinu, that in former times was located in these surroundings. 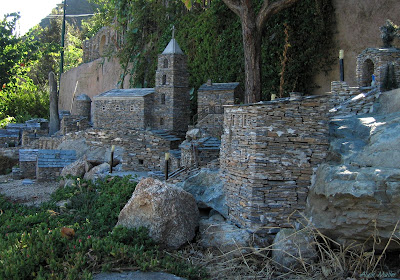 In the close vicinity of the miniature village, the main road RN 193 passes the Ponte Nuovo, a bridge over the Golo river.

In Corsica this is historical area. There, in May 1769, Corsican combatants, fighting for independence, were defeated by the French army of king Louis XV.

The Ponte Nuovo is represented in the miniature village (very first picture). 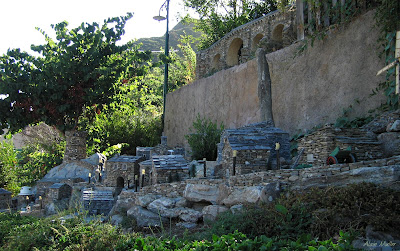 Jean-Claude Marchi made this mini village just by intuition. without a prior plan. A small house would take him a week to construct, larger and more complex buildings would take him a month.

I could not trace any biographical data with regard to Marchi.