The pictures in this post show a house in the Polish city of Wroclaw, with a facade that completely was decorated with mosaic from pieces of glass, plate, old bottles, but also dolls and other items. 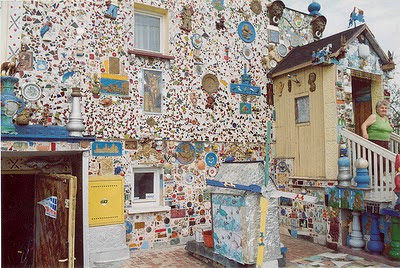 As far as I understand the decorations on this house, located in a suburb of Wroclaw, were made by Franciszek en Lucyna Wesalowski. Since the pictures in this post were made in July 1970, it probably concerns a house built after World War II and decorating it may have occurred in the 1960s.

The internet has no information about this. 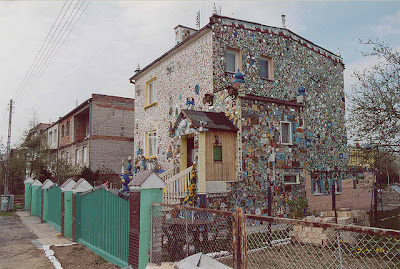 Some years ago the house got new owners who removed all decorations. This art environment is not extant anymore..