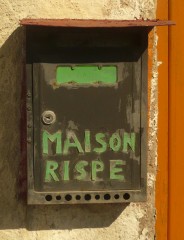 In his weblog Les Beaux Dimanches Laurent Jacquy published in November 2011 a post about an art environment, named Maison Rispe, located in the small community of Lardin Saint Lazare in the Dordogne area in France. 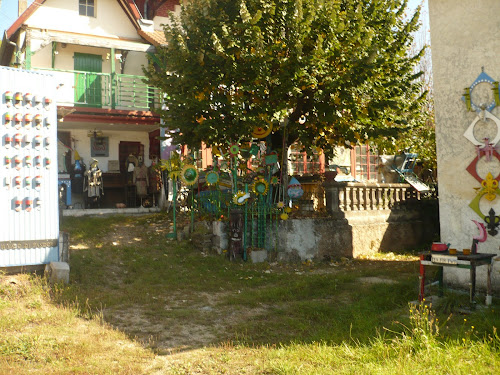 At that time the internet had no data about this art environment and and who made it, so the creator of the site was referred to as Anonymous.

In the summer of 2019, however, Dominique Clément, author of weblog Herault Insolite, visited the site and was informed by a neighbor that the creator of this art environment is named Babini, is of Italian origin, was born in the early 1930s and now lives in a home for the elderly. 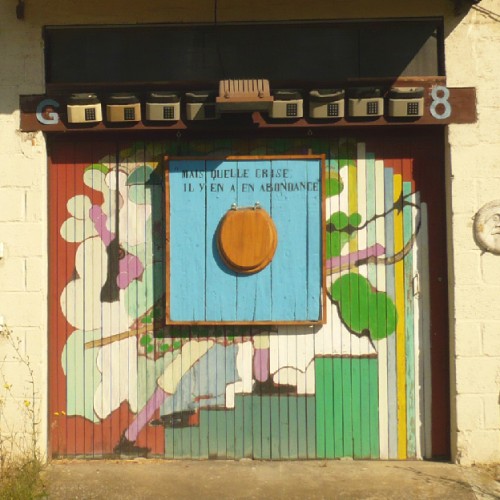 Monsieur Babini began decorating the exterior of his house in the early years of the new century.

The site can be seen from the street, the Avenue de Rispe  and, as the first picture shows, the mailbox denotes that it bears the name Maison Rispe.

Babini's Italian background is reflected in some of the decorations that include texts in Italian, which have comments about social and political developments. 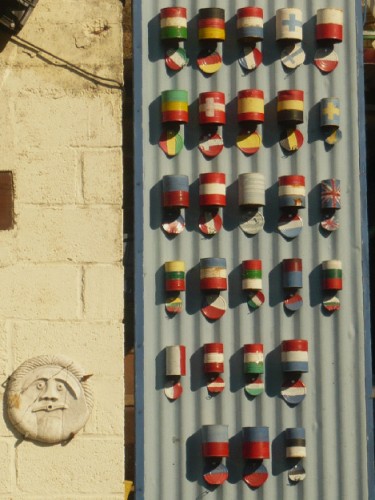 Some of the decorations have been nicely arranged into symmetric patterns, like above composition of tin cans, with the flags of the countries of the European union.  Would it be relevant that the tins are directed downwards, standing with open lids, suggesting emptiness... 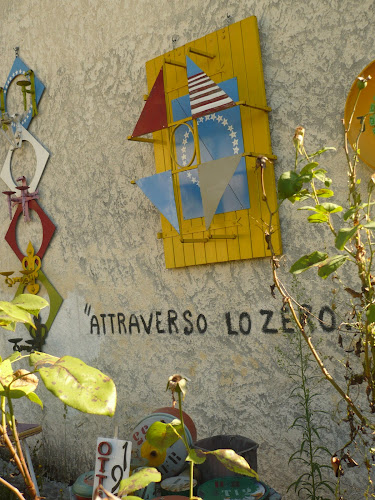 Here are some recent (summer 2019) pictures of the site, made by Dominique Clément and published on his weblog in December 2019 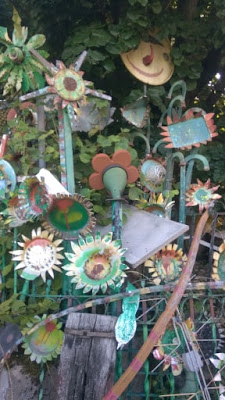 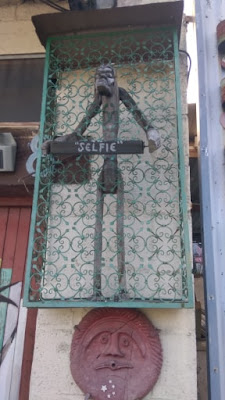 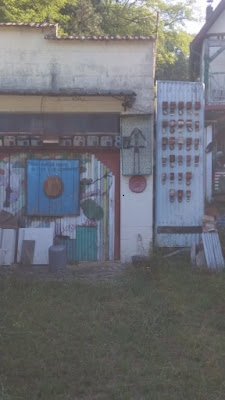 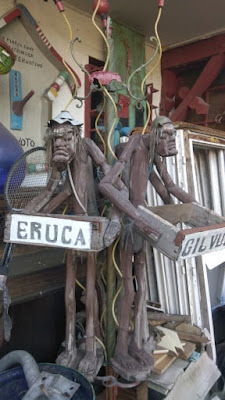