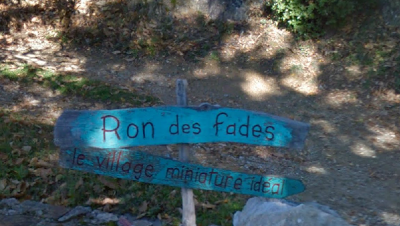 Dompnac is a small community of some 80 inhabitants in the southern Ardèche in France, a territory that in terms of landscape is part of the Cévennes.

Touristic sites recommend the area around the community because of its magnificent and wild setting. In the midst of this one will find a very special singular architecture: the miniature village of le Ron des Fades, the fairies rock.

Created by Pierre Bouvarel, a retired farmer, about whom the internet has virtually no biographical data, this ensemble of miniature buildings, on scale 1:12, is a tribute to the traditional, artisanal way of constructing houses and other buildings in this part of the country. 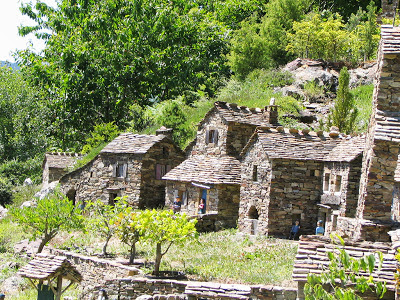 In the Cévennes the stones that cover the roofs, mainly are slices of schist (lauzes) and a special technique is required to arrange them in such a way that they provide good protection against rain.

In his constructions Bouvarel demonstrates the simple beauty of roofs made from lauzes,  like other creative people from the area, united in the association Sur le sentier des lauzes (On the trail of lauzes), in their own way  have shown the artistic potential of this material. 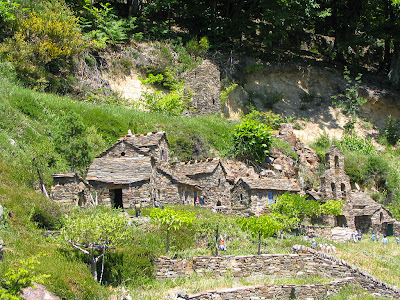 The houses and the other structures of the site, such as a church and a bridge, have been modeled on existing structures in Dompnac and the surrounding Valley of the Drobie River. 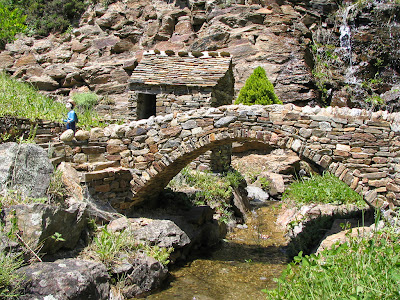 This miniature village can be visited by the public in the summer months.