Ghilarza is a community of almost 5000 inhabitants, located on the Italian isle of Sardinia.

Born and all his life living in this community, Fellicu (actually Raffaele) Fadda (b. 1932) was educated in a family that respected religious values, a respect Fadda shared.

Fadda had a job as a mason, but at age fifty -in the early 1980s- he entered another career and became a self taught sculptor. 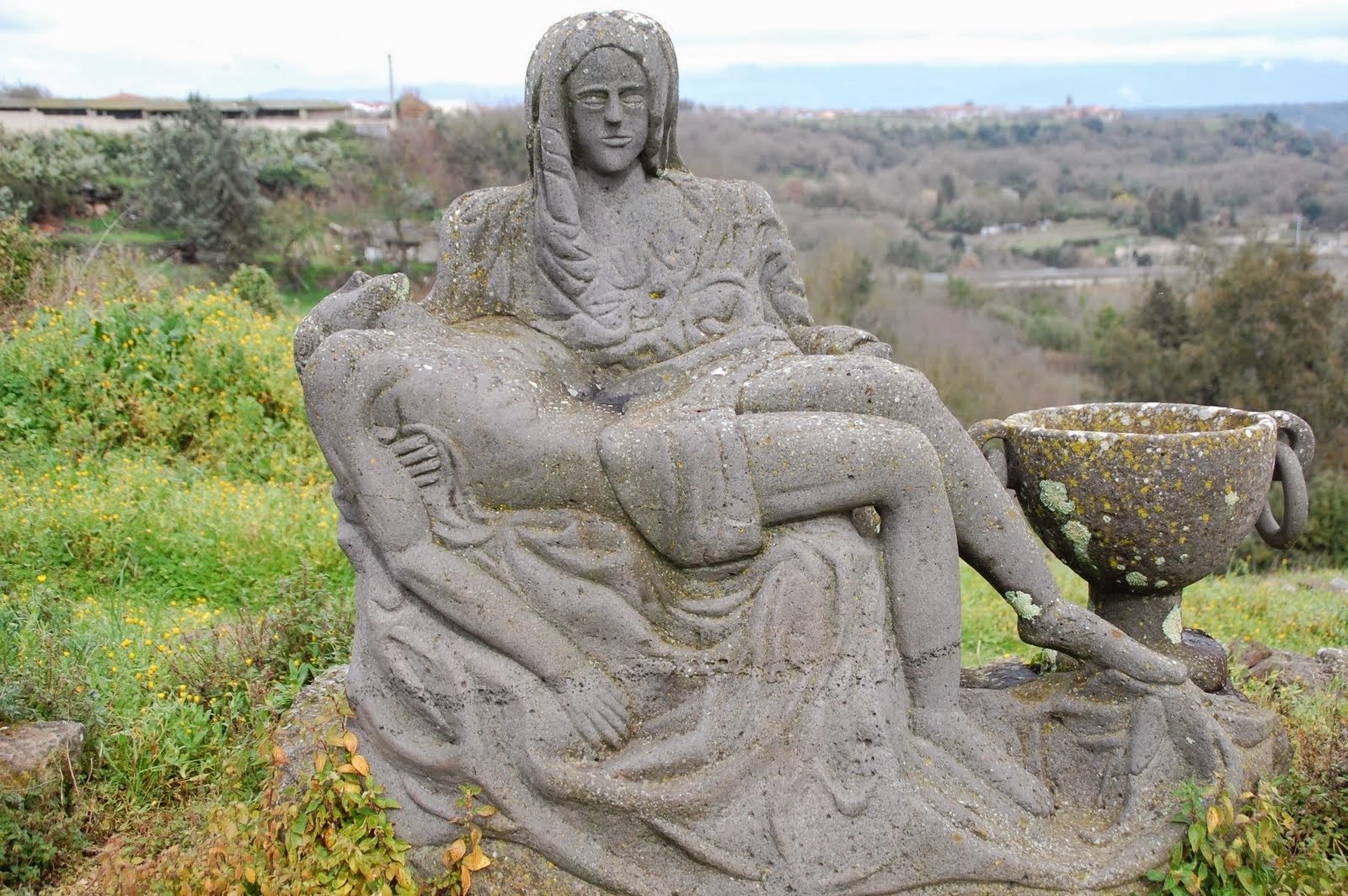 His sculptures mostly have been made from basalt, abundantly available in the region. Fadda would make sculptures of animals, but in general one finds depictions of people, often with a religious connotation or reflecting Sardinia's earliest and recent history and its traditions.

At first Fadda made small busts, and then when he felt he was on the right track, he began making larger creations, both stand alone ones and ensembles.

The sculptures with a religious connotation offer a variety of holy persons, shepherds at the manger, depictions of love and charity, compassion, motherly care, love between people.... 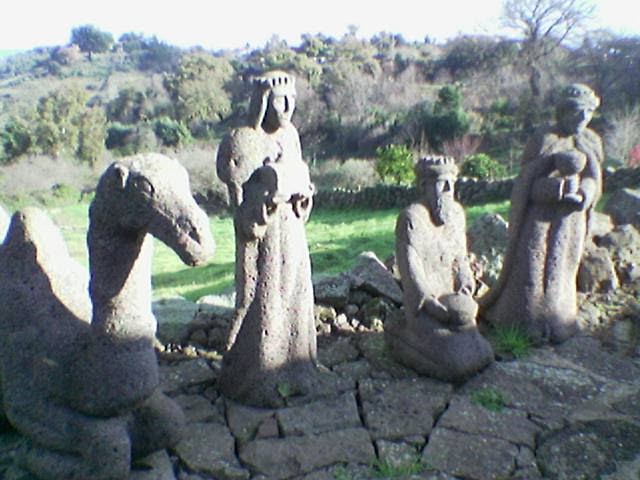 Sardinia is known because of its nuraghi, ancient stone towers of various sizes, created by stacking bricks without any grout. Fadda's sculpture garden has references to the megalithic secrets on the island, such as a megalithic stone construction, kind of a dolmen, with three standing stones and a cover stone, lifted with instruments Fadda constructed himself without any study of archaeology.

Another stone construction made by Fadda is reminiscent of the megalithic structures on the isle of Malta.

Among Fadda's sculptures that refer to Sardinia's recent history we find a statue of Sardinian authoress and Noble prize winner Grazia Deledda (1871-1936) and a statue of Antonio Gramsci (1891-1937), the Italian philosopher and political leader, who when young lived in Ghilarza (The house where he lived now is a museum dedicated to his life and works).. 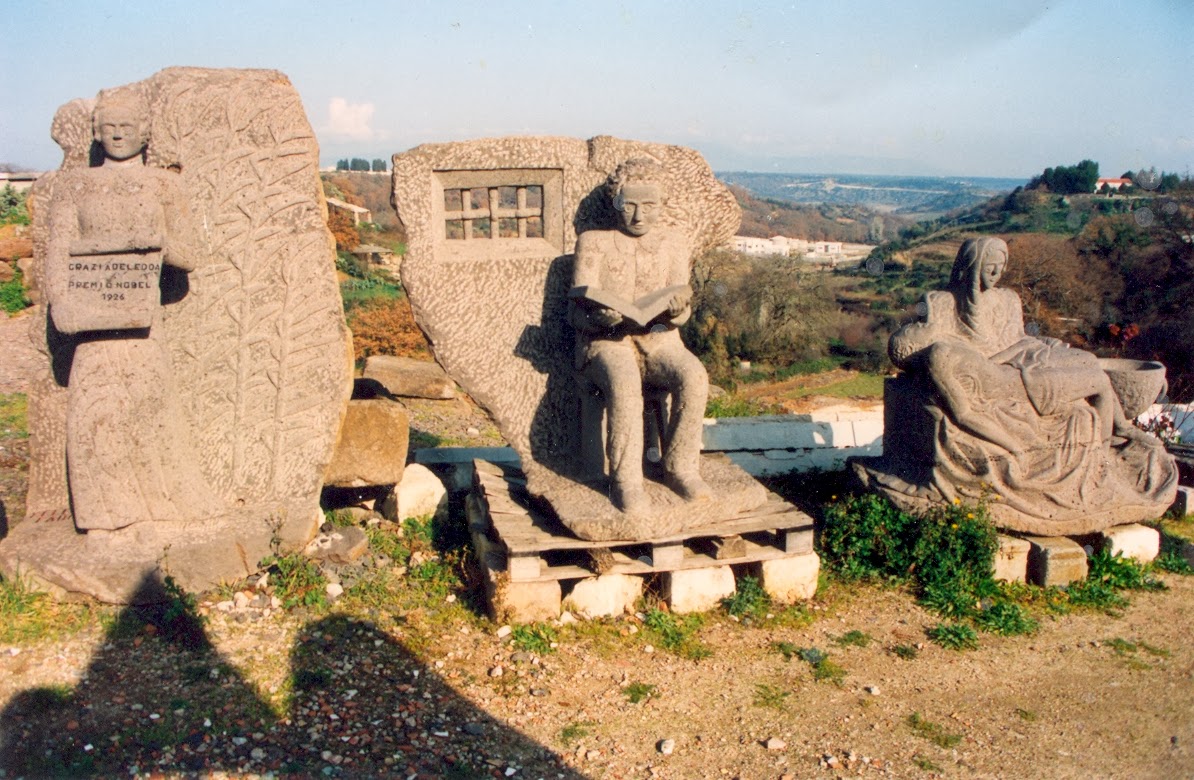 Currently (2014) in his early eighties, Fadda for over thirty years has been active in making sculptures and I suppose the number of his works is in the hundreds.

Documentation
* Fadda´s personal website, edited by his daughter
* Article (undated) in the Sardinian online newspaper Làcanas
* Article and a series of photos on the website of Francesco Galli
Videos
* Trailer of Un Facteur Cheval en Sardaigne,  movie by Giuseppe Trudu (YouTube, August 2012,
2´48`') with Fadda talking about life and works, voice over in French