From old a halt on the pilgrim route to Santiago de Compostela, Joncels is a medieval village of some 250 inhabitants in the Hérault department in southern France. Just outside the ramparts, in former centuries there was an inn where travelers could stay when the gates were closed at night.

An inn with a large collection of wooden sculptures

This house, dating from the 16th century, since 2002 once more became a hotel, named Villa Issiates, an auberge that warmly welcomes those travelers who are walking to Santiago de Compostela. 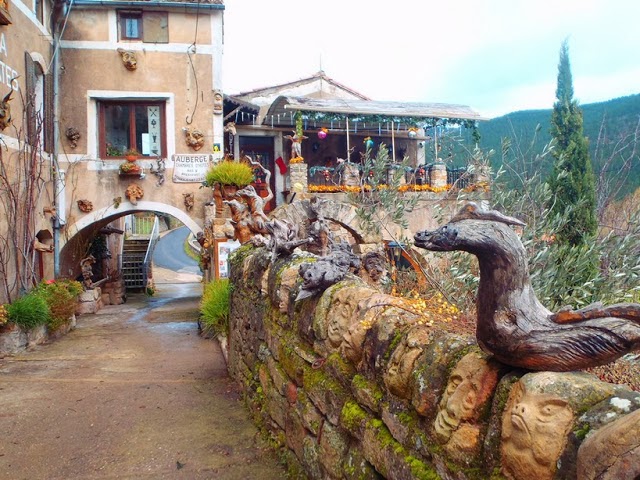 Run by Giedre and Alain Ivinskas this hotel has a very special ambiance because of the many wooden sculptures displayed at the premises or added to the exterior walls..

These creations have been made by Kazimieras Peciukevicius (b. 1928), who is the father of Giedre.

Born in Lithuania. he is a descendant of a Jewish Polish-Lithuanian family that in the 19th century migrated to the United States, but before World War II returned to Lithuania when they had inherited a large farm in that country. 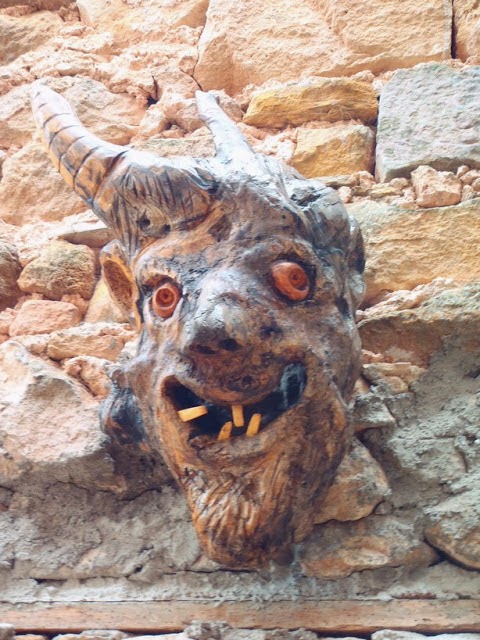 In the 19th century Lithuania was part of the Russian Empire, until in 1918 it regained its independence. In 1940, during the second world war,  the country was occupied first by the Soviet Union, subsequently by the Germans and then in 1944 once more by the Soviet Union.

As a counter force against the Soviet-Russian occupation a strong partisan movement emerged, uniformed, operating in smaller and larger units, with the large forests as a shelter.

Vigorously pursued, most partisans would make use of the amnesty following Stalin's death in 1953, although some groups continued their activities up in the 1980s. 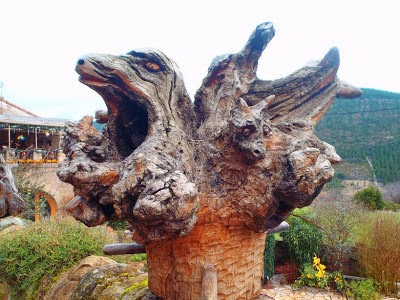 Peciukevicius, who was in his twentieth after world war II, joined the partisans and so he spent a large part of his young life in the forests. 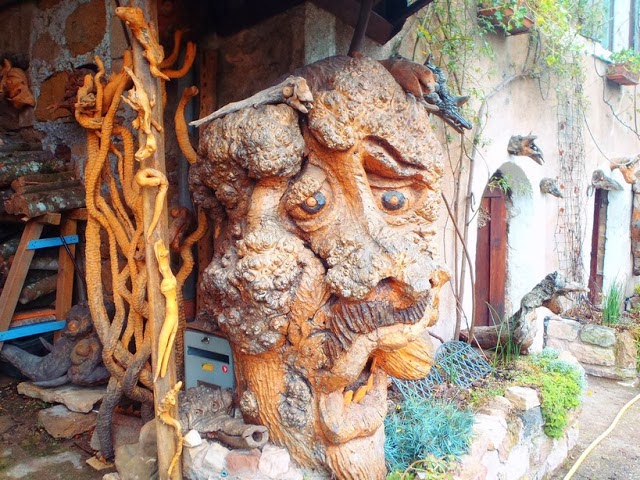 This may have influenced his later creative work, such as he also has experienced influences from Polish, Russian and Lithuanian culture. 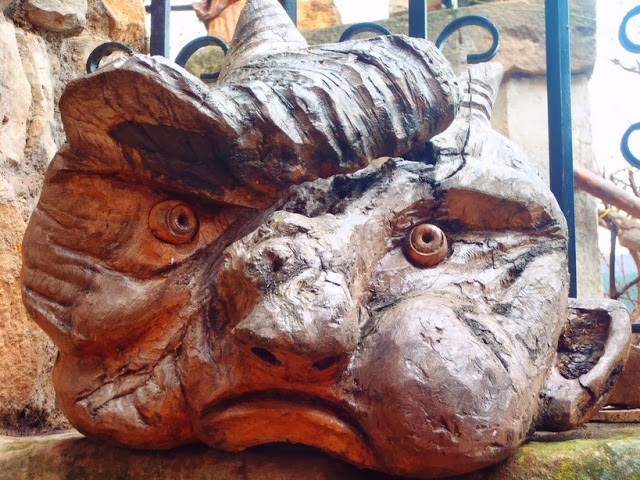 After he had participated in the partisan movement Peciukevicius had a large variety of jobs and at some moment he became the owner of the house in Joncels, that nowadays is the hotel Villa Issiates, run by his daughter and son-in-law. 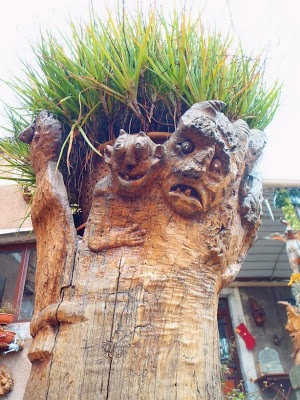 Peciukevicius became a gifted self-taught creator of wooden sculptures which embellish the property in large numbers, calling an atmosphere of another world, a world perhaps of gnomes and woodland spirits one supposes present in dense forests....

He likes to stay with his daughter and son-in-law during the months in autumn and winter when the hotel is closed. A nice period to make new creations.

Documentation
* Website of the hotel
* Weblog Herault Insolite
* Article (May 2011) in regional journal Midi Libre
* Article, with a lot of photos, on the weblog of Sophie Lepetit

Video
* Scenes of the site on the South France trip video by Serflac (YouTube, starts at 34.01, cannot be embedded here)