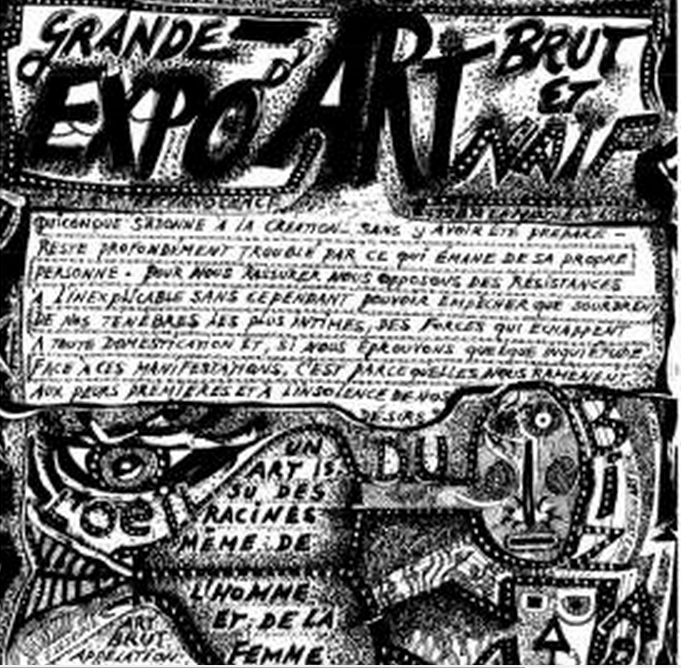 this picture and the next three
from Lejeune's weblog

Ouffet, a small community of some 2500 inhabitants, located south of Liège in the east of Belgium, is home to an art environment referred to as Museum of art but and naive art.

Jeannine Lejeune, who was born on December 27,1952) in 1994 acquired the stables of a former equestrian center, located along the Chaussee de Huy, at the outskirts of Ouffet.
She settled there and in the course of the years she transformed the stables and the surrounding area into an art environment, that she presented as a Musée art brut et naif. 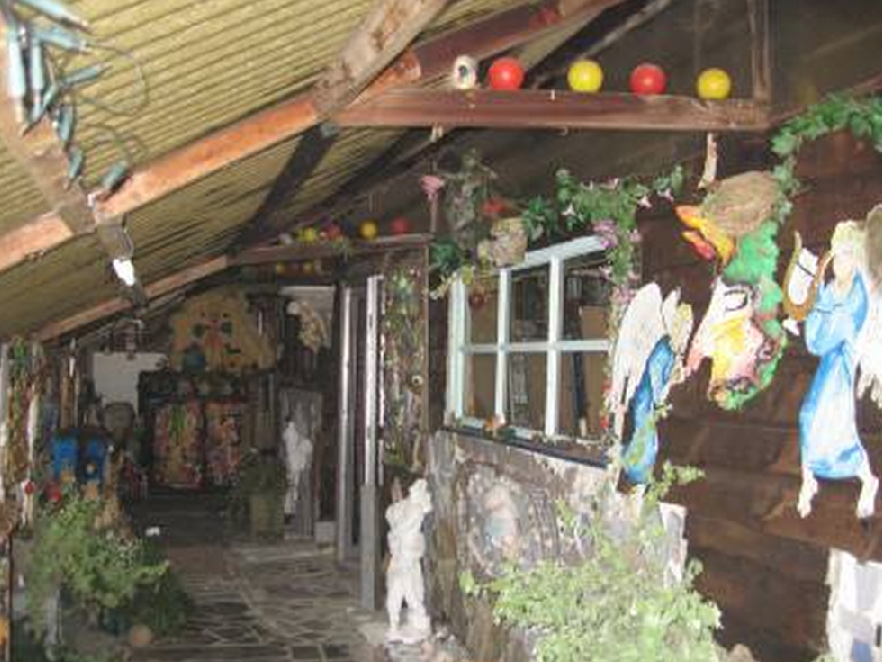 the corridor/entrance of the museum

A versatile self-taught artist, Jeanine Lejeune decorated the walls of the corridors and the interior with her paintings, she made all kinds of assemblages and her mosaic structures and sculptures from polyurethane embellish the interior and the garden outside. 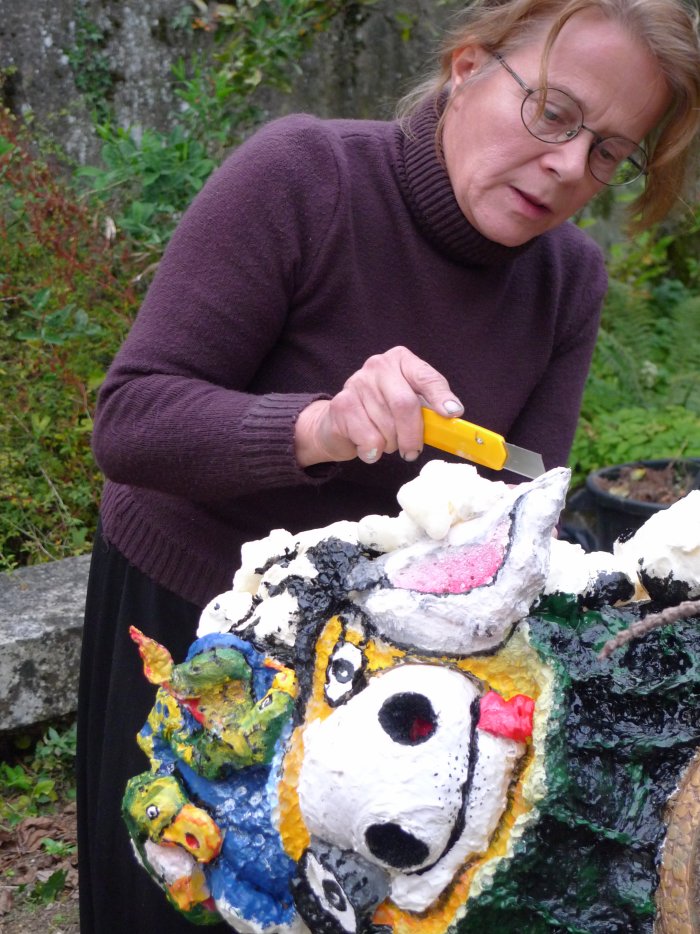 In her paintings on the walls Jeanine Lejeune, who sometimes calls herself princess Jeannine du Thier del Creux, evoked the dreams she had as a child and expressed her passions.

She has said that her house is a realm of dreams and its interior has been described as "a baroque universe tinged with mysticism".

Deeply religious and endowed with a strong sense of mystic, Jeanine has embellished the walls with scenes of angels, Adam and Eve in the paradise and the seven deadly sins.

The garden has been decorated with mosaic structures and various bric à brac items. 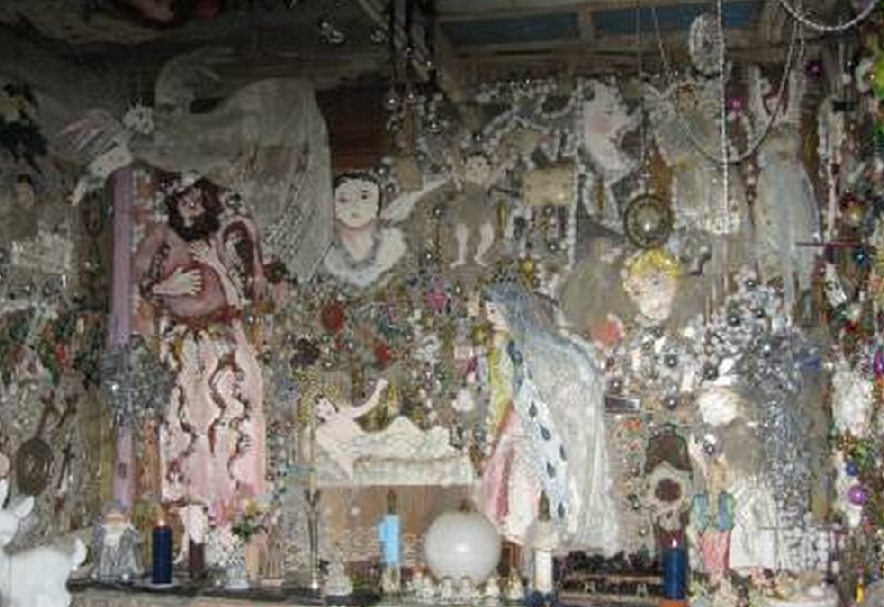 From the outset it was Jeanine Lejeune's intention to share her art with the people from the village, especially with the children, so that's why she announced her art environment as a museum, open to be visited.
Jeanine herself however liked to stay at home and she would not frequent Ouffet's public facilities, so as far as I understand her art environment did not enjoy so much the interest of the villagers, but rather was visited by lovers of outsider art from further afield.

Discussing the future of the site

In 2010 on the initiative of the Faculty of Architecture of the University of Liège and the MAD Musée a committee was formed to study the best way to ascertain the future of the site. One of the reasons to do this was the fact that the use of the buildings as a place of living and a museum had taken place without any authorization of the local authorities and did not fit in the community's land use plan, an issue which had to be resolved.

The committee worked enthusiastically for some eighteen months, but ultimately a solution was not found, since  Lejeune could not accept the legal construction stating that for a symbolic sum she would sell the site to a foundation (that would ensure its future) in exchange for a continuous usufruct.

The various aspects of this issue have been discussed in an article by Brigitte van den Bossche in the Rivista dell' Osservatorio Outsider Art (see documentation).

In May 2015 Jeanine Lejeune published a message on her weblog saying that the museum is for sale (musée à vendre), but the sale probably has not been realized. In September 2017 the regional journal l'Avenir published an interview with Lejeune about her artistic activities (text almost fully behind a paywall), while the same journal also in also in September 2017 reported that in cooperation with Lejeune a pony club could use the grounds where the Maison-Musée is located.

All this indicates that in 2017 Jeannine Lejeune still lived in the former stables.