Krahule is a community of some 200 inhabitants in Slovakia. Historically the community has a German minority and it is the only one in the country where German is an official language.

In German the village is called Blaufuss, as one can see demonstrated by the name of the station on the picture below. 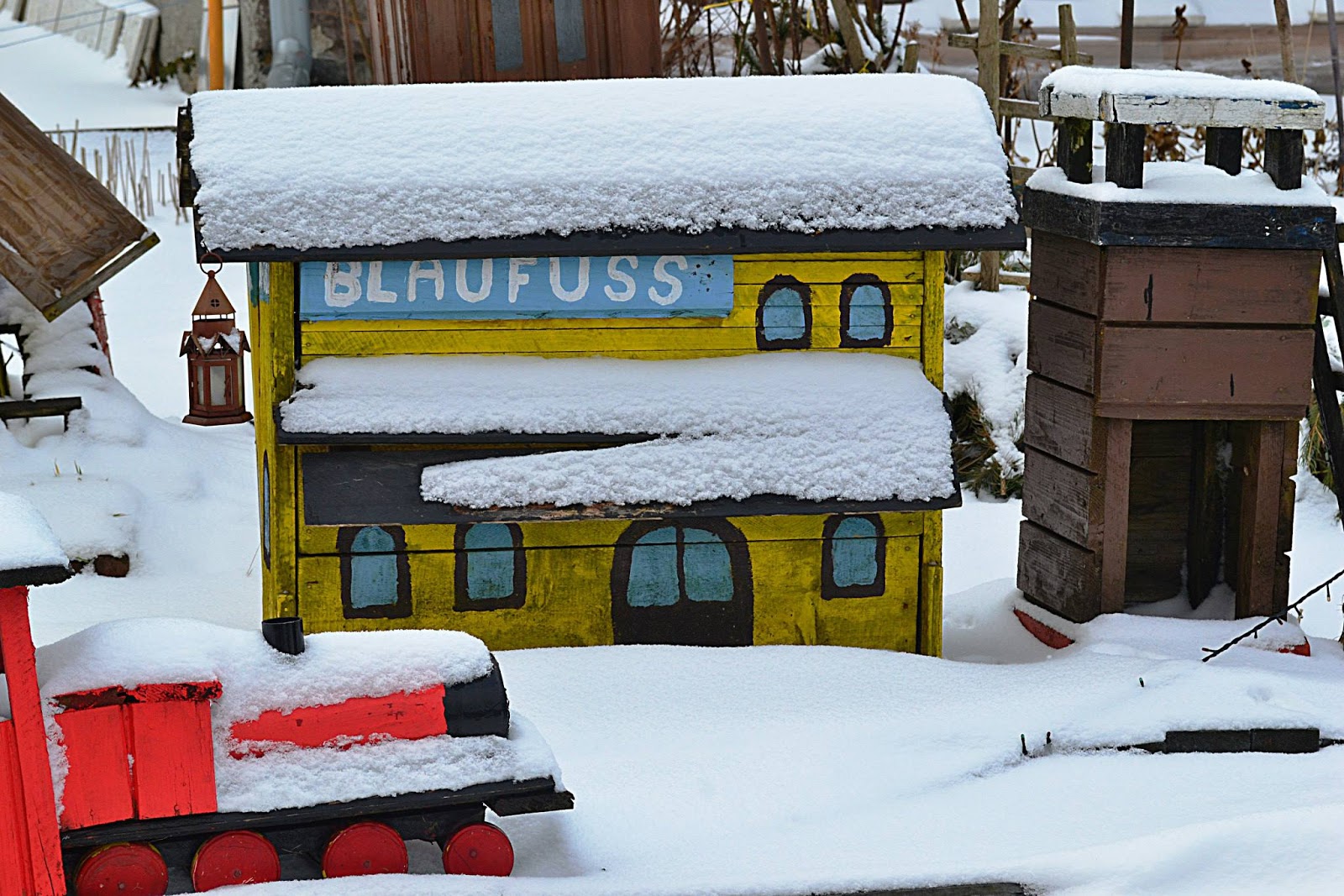 It is a miniature construction of course. However it is not a replica, since Krahule has no station. It is a fantasy structure, originated in the imagination of Erika Strohnerová (b. 1979).

In 2005 she made her first miniature building, a wooden castle as in the picture below. She told a regional newspaper that she had no special intention in making this castle, it was just a spontaneous action, perhaps influenced by the books and films about Harry Potter..... 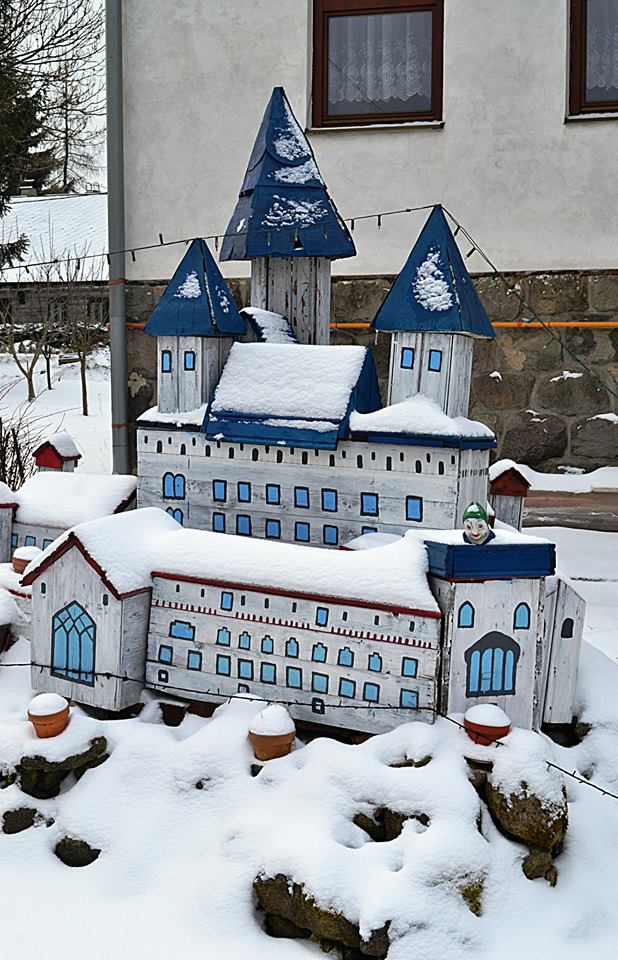 Anyhow, gradually new miniature wooden buildings were realized and added to the site.

Erika Strohnerová by profession makes clothing and creating replicas is a hobby, limited to Saturdays and Sundays. 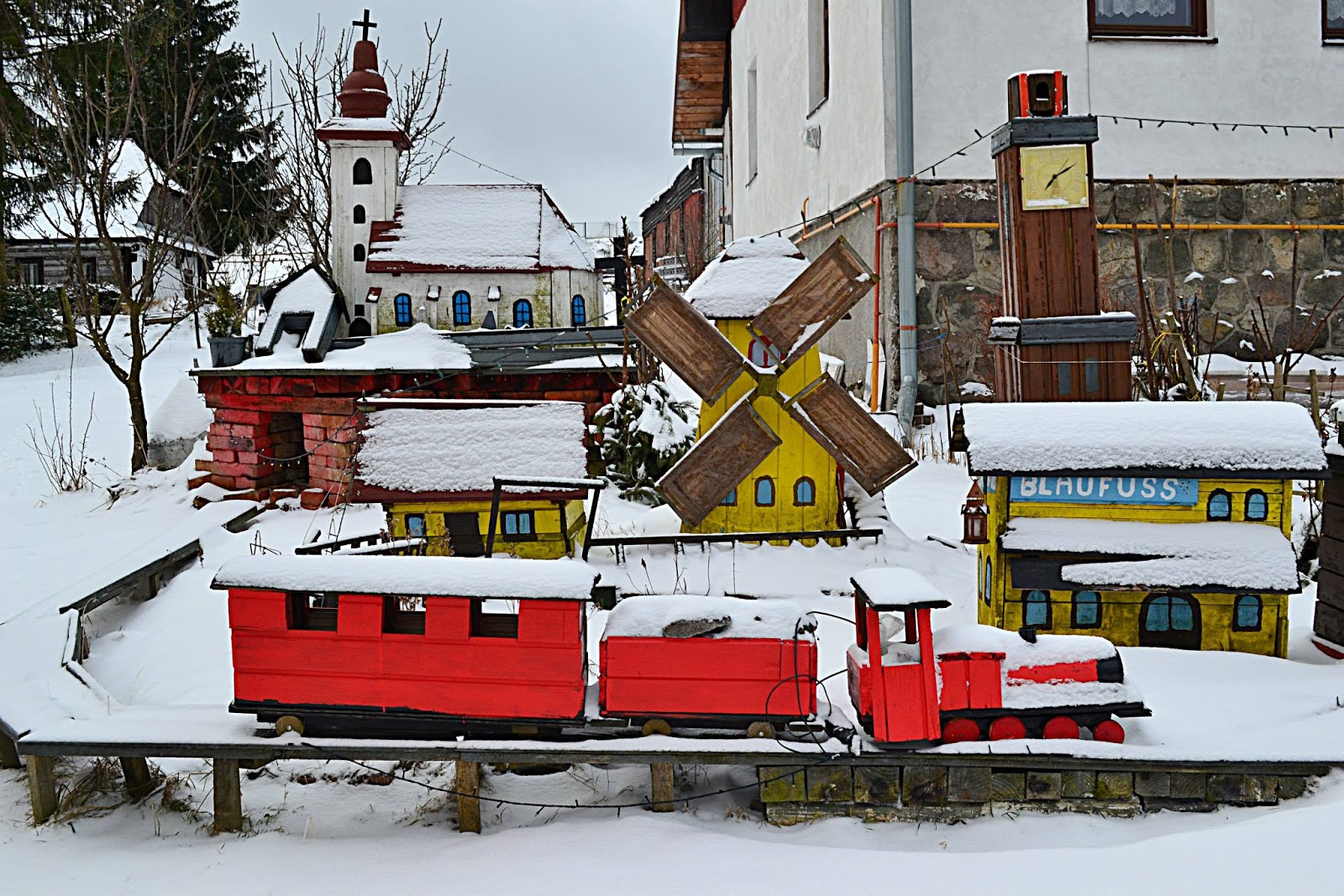 The neighbours and the village children appreciate the site, just as tourists do (Krahule is a skiing resort)

Documentation
* Article (June 2014) in regional newspaper (digital edition) Ziar.dnes24, with a series of pictures
* Article on Facebook (January 2015) with a lot of pictures by Pavel Konečný

note
¹  I would like to acknowledge that I learned about this art environment through Pavel Konečný's research.

Erika Strohnerová
Miniature village scenes
Krahule, Slovakia
can be seen from the street
Posted by henk van es at 8:10 PM