Girolamo Ricci, I santuari in pietra/The shrines of stone

Girolamo Ricci (b. 1931) ¹, a retired farmer who lives in the small community of Pievelunga, a hamlet of Parrano (Umbria, Italy), in the late 1980s decided to create a sanctuary in honor of Our Lady, to thank her for the many times she had shielded him from making accidents with his tractor.

Once begun, he could not stop and so gradually an art environment came into being, located in the area outside of his house, separated from the road by an iron-wired fence.


Ricci created a lot of sculptures from wood, stone or concrete, which he displayed in that outside area, which runs down along a rather steep slope.

Part of the art environment is covered by a simple wooden shed, but in general the site is an outdoor event.

Ricci's sculptures represent various male and female personalities, full-length or as a torso, rather often appearing as a duo.

Later on, after his wife Liliane died, Ricci also transformed the part of the garden in front of the living house into an art environment,  rearranging it in the form of a spiral with various colorful elements.

Ricci has also been active in making paintings, working on board and tiles, and he also decorated exterior and interior walls of the living house with frescoes and wooden items. 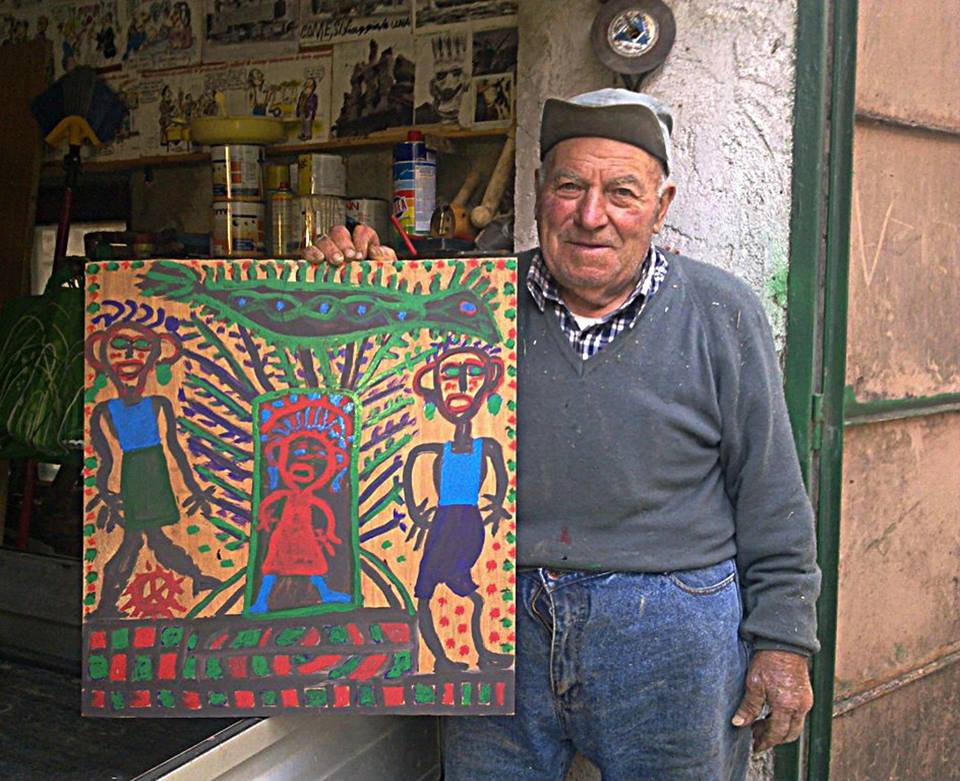 In these paintings the idea returns to represent people as a duo.

note
¹ to my knowledge the article on the (old) Costruttori di Babele website was the only one about this artist on the internet, so I like to report that this post is based upon the information in that article

Girolamo Ricci
I santuari in pietra
7 Localitá Pievelunga
Parrano, Umbria, Italy
can be seen from the street
(can be visited when the owner is present)
Posted by henk van es at 7:31 PM