Eighth anniversary of this blog 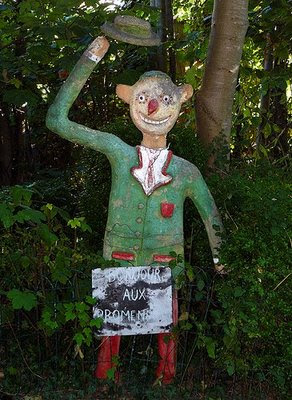 With the idea to raise awareness of the at that time little known phenomenon of art environments on november 11, 2008 I published the first post in a weblog I entitled Outsider Environments Europe.

So today this blog has its eighth anniversary and as in previous years, I will relate here some data (as of november 10) as provided by Blogger's statistics "behind the scenes".

As in previous years here is the all time rank of top ten countries as regards pageviews:

As in previous years, the top is rather stable: the same countries appear, almost all in the same order, except Italy and Spain which changed places.

This year the top ten of most viewed sites once more is rather stable, with Garcet (from Belgium), Abbé Fouré, Robert Tatin, Facteur Cheval, Bodan Litnianski and Chomo (all from France), Josep Pujiula i Vila en José Maria Garrido (both from Spain) and Karl Junker (from Germany).

The General introduction attracted around 2200 viewers, the page about sources etc had some 1000 viewers  and the one about expositions over 1900.