.
In Chudovo, a Russian town some 100 km south-east of St Petersburg. self-taught artist Konstantin Ekshibarov transformed his house into a museum by filling its rooms with a large variety of copies of paintings by Europe's leading classical painters.

Born in 1926 in Barnaoel, a town in the south-west of Siberia. Konstantin Sergeyevich Ekshibarov already at a young age was very interested in visual art. Going to an art school however wasn't an opportunity since in 1944 at age 18 he was immediately drafted into the army which was engaged in the war with Germany.

During the war he witnessed that soldiers destroyed valuable artistic items in a library and at that moment he decided to devote his life to the copying of paintings by classical painters.

After the war Ekshibarov went to the Military Medical Academy, although he later regretted he had not followed his calling to go to an art academy. After the academy he stayed in the army as a medical doctor.

In 1956 he left the military for a job as biochemist-toxicologist at the Russian Institute for Toxicology in Leningrad (named St Petersburg from 1991), where he worked until he retired in 1984.

During all the years in the army and at the institute, in his spare time he was active in making copies of classical paintings. 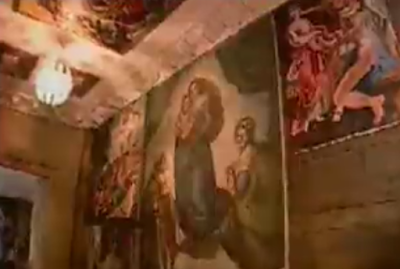 In doing so, he focused in particular on copying paintings of famous classic masters, such as Rubens, Goya, Velazquez, Titian....

He has created hundreds of copies, with a certain preference for portraits of women and the female nude, working by means of illustrations of paintings in magazines and books about visual art.

During most of his professional life Ekshibarov was not allowed to make trips abroad to see paintings of his beloved masters in European museums, but of course the Hermitage was at his fingertips. 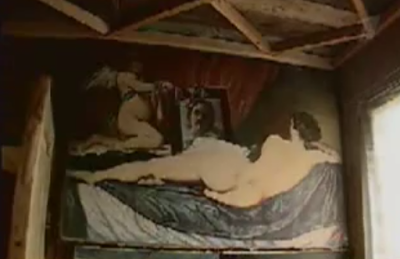 Once retired, Ekshibarov and his wife Anna Vasilyevna decided to leave the big city. In 1985 they settled in Chudovo, a town of some 15000 inhabitants in the Novgorod region, where they had acquired an old two-storey house.

Ekshibarov single-handedly transformed this property into a building with some fifteen rooms, which came in very handy to exhibit Ekshibarov's already extensive collection of copies of paintings.

So the couple used two of the rooms to live in and all other rooms were intended for exhibiting the paintings. That is to say, a selection of the paintings, because the collection was so extensive that a large part of it had to be kept stored. 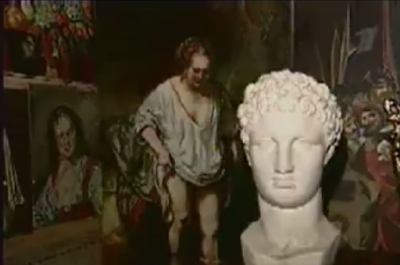 Some rooms were dedicated to a particular country or region, for example Italy, France, Russia, Germany, Flanders......

By adding attributes Ekshibarov and his wife have tried to give each room the atmosphere that fits the paintings and the era they were created. 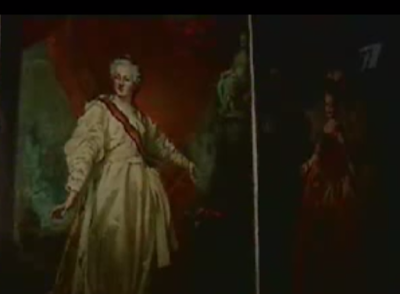 Ekshibarov was not a man who sought publicity with regard to his artistic work. He performed his artwork in isolation and had no contact with others about his artistic activities. The local committee on culture did not know about his museum.

This situation lasted about twenty years, until in October 2003 a first article about his creations appeared in the Russian newspaper Izvestia, followed by articles in other newspapers in the same month and in 2005 and 2007 (see documentation). 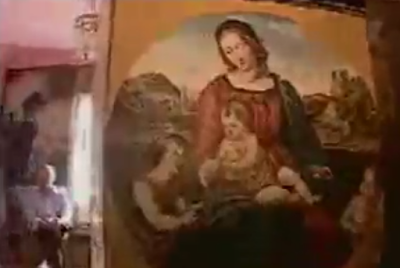 At that time the artist was around age 80, so in these articles also the question was raised what should happen with his legacy of over 450 paintings.

Ekshibarov himself on principle never considered to sell separate items of his artwork, neither would he consider to donate separate items to a museum. His ideal was that his entire oeuvre would be exhibited in a separate museum, preferably in a building in Chudovo and maybe under the auspices of an already existing museum. In such an arrangement he would gladly donate the complete collection to a foundation or a museum.