Above pictured high rising apartment building in a suburb of Kiev, Ukraine, in recent years housed an extensive art environment.

Located on the 13th floor, Tatyana Pika's artwork not only included her own apartment, but also the access area shared with the residents of the other flats on the floor.

In the early months of 2017 the creation was removed.

The internet hasn't much biographic information about Tatyana Pika. She was born in 1959 or 1960, studied economy and had a relation with a medical institute.

It's not impossible that this medical institute was active in the field of alternative therapy, because it has been reported that Tatyana Pika was convinced that creative activities could help to overcome ailments, like she succeeded in curing herself of cancer. She may have been active as a people's healer.

In the same way it is possible that she began transforming the communal area of the 13th floor into an art environment to rid the area of evil influences, used as it was as a meeting place for young drug addicts. 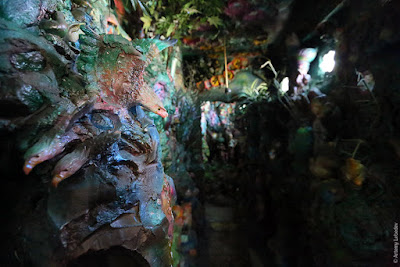 Basically the creation consisted of gypsum- and cement-plastered walls and ceilings, as well as floors with tiles and mosaic.The stucco was applied in such a thick layer that it could be modeled in the form of flowers, shells, birds and all kind of ornaments.

Also numerous decorations were added such as mirrors, shells, special stones from all parts of the world, but also dolls and other toys provided by children from the neighborhood.

Bunches of grapes and berries hang from the ceiling. 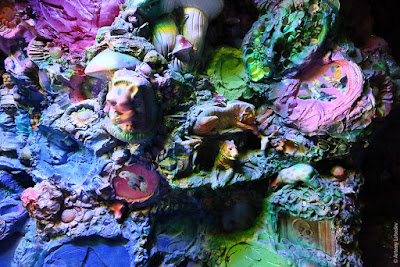 The color scheme of the walls was rather particular and impressive. It seems that it was directed upon stimulating hallucinogenic or spiritual experiences, which was further enhanced by the use of luminous paint that arose in the otherwise dark-haunted atmosphere.

The reports of people who visited the site often spoke of a psychedelic experience in the transition from the elevator to the site, one reality to another. People said this was so unexpected and fast that it simply gave a shock. 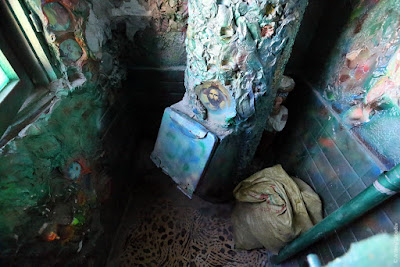 Pictured above is the decorated large tube intended to dispose of the household waste, a usual facility in eastern European residential complexes. A portrait of Christ is bricked up above the flap. 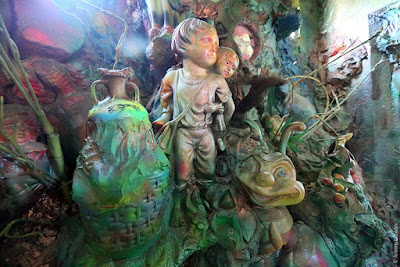 The decorations on the walls include a variety of human characters, such as children as in above picture, women, mythical heroes or Cossacks as in the picture below.

But there also are a lot of depictions of animals, such as eagles, wolves tigers, rabbits, crocodiles.... 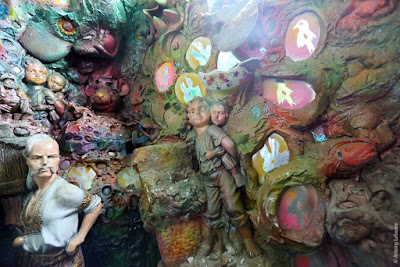 Tatyana also embellished her own apartment with an exuberant amount of decorations, comparable with those in the communal entrance. The video by Polina Polyakova in the documentation has images of the interior.


It would take Tatyana some five years to give her creation the ultimate appearance and scope she had in mind.

Apart from her own apartment, the 13th floor had three other apartments. Allegedly the neighbors didn't oppose the project, but it is not clear if they assisted in decorating the common access area. 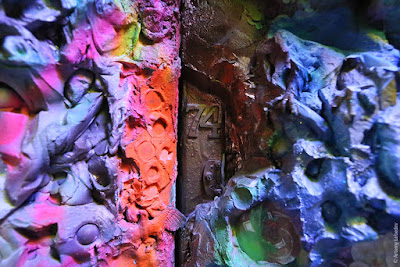 In 2010 for the first time a video of Tatyana's creation was published on You Tube (see documentation).

Summary of the video

In this video Tatyana talks about her motivation to create the decorations ¹.

She says that in doing this she realized a childhood dream about our planet Earth, where people live according to the laws of love, justice and happiness, the most important law being the law of motherhood.

"People have to understand the main thing: who is the mother or all of us? When we come to understand that our planet is our Mother and the Sun is our Father, we will respect and appreciate our own mothers. Only then we will be able to make changes for the better. I started to assemble all these things.

Also, my own experience of dealing with people, my own outlook and my ailment I had to cure- all these things together I asked to answer people all the questions "Why is it happening to me?" answers I have found. We have all the knowledge available in books. But the point is: who really needs it? Everybody wants a better life - wealthy and successful. 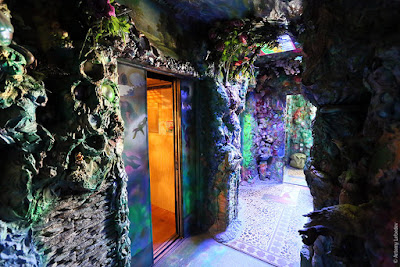 But actually, very few people offered me their help or wanted to know how and why I did it. Nobody wanted to join me in my creative work. I had to buy all materials in the Nova linia² and carry heavy bags home ... I was ready to show how I make it. I wanted to realize their dream! But then some people just tried to destroy my work ... "

Tatyana also says it is highly important to analyze the laws of life for raising kids. To love children for parents means to work much on themselves. Fairy-tales for children learn them the laws of harmony. And this site makes this tale real – colourful, bright and happy. Good parents are first of all responsible parents. 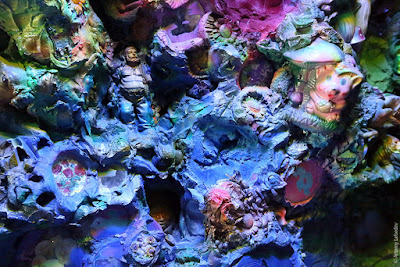 The site gradually gained more publicity and especially after it was presented in the popular Ukrainian television program Орел и решка (Eagle and tails) the number of curious visitors increased.

In the course of 2016 Tatyana Pika decided to leave her apartment and sell it. Regarding the underlying reasons nothing has come out in publications, but it is conceivable that she felt very disappointed about the indifferent reaction of people around her regarding her creation.

There are reports that she has left abroad

The apartment was sold indeed. The new owner decided to remove all decorations, which was implemented in the first months of 2017.


Documentation
* Article (2013) by Artemy Lebedev on his website, with a large series of photo's

Videos
A selection of videos (more available on You Tube)
* Video by Polina Polyakova The world of Tatiana Pika (9'45", You Tube, published july 2010), with Tatania talking about her creation and shots of the decorations in her apartment