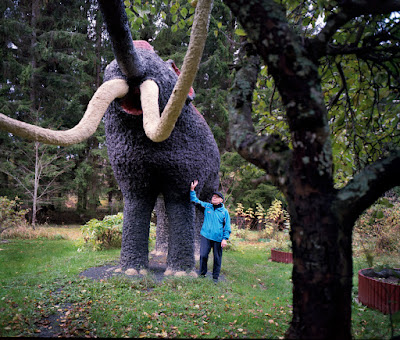 Located in a protected area near Lempäälä, Finland, this fairly recently created art environment is characterized by an approach that includes both creative expression and research into new, sustainable lifestyle and methods of production.

Born in 1940 in Pukkila, Raimo Flink after his primary education, went to the Technical School in Helsinki. Graduated in 1965, he had various jobs and then went to work for many years at the telecommunications company in Tampere, not far from Pukkila.

In the many years he had this job Flink wrote various manuals on technical subjects. Due to a restructuring of the company in 1993 he lost this job, after which as an independent entrepreneur he started several projects.

In 1998, for example, he set up an environmental science park connected to the Tampere University of Applied Sciences, that became a beloved destination, visited by many school classes and their teachers 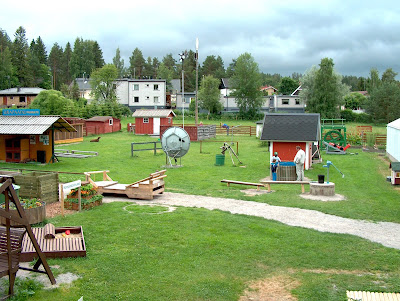 Due to a heart attack he had in 2003, Flink left this project in 2005, to focus on writing books, both novels and non-fiction in the field of ecological lifestyle and ways of production .

Over the years Raimo had developed interest in ecology, which he expressed by conducting research into practical tools and materials, but also by making a variety of inventions in this field.

Some of those inventions are very suitable for use in gardening. In this regard Raimo points in particular to an installation for the purity of domestic waste water and to niksibetoni, as it is called in Finnish, a specific mixture of water, cement powder and mechanical shredded textiles. 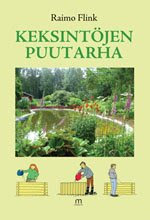 In the garden of Raiko's summer house in Lempäälä various items demonstrate the practical application of niksibetoni as regards paths, bridges or edges of flower beds. In 2014, to share his experiences with the items he had invented and had used in the garden, he published a book entitled Keksintöjen Puutarha (Garden of inventions).

Apart from practical items Raimo also made some special creations from niksibetoni he installed in the garden, which in this way was transformed into an art environment. 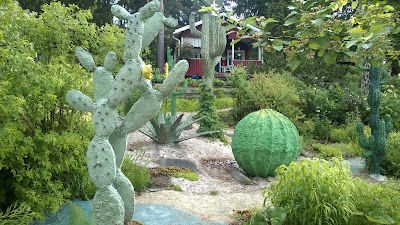 The cactus garden is an ensemble inspired by a journey which had conducted Raimo to Mexico. It consists of a collection of different cacti, performed in niksibetoni.  One of these cacti, partly visible on the right site of above photo, is about 5,5 meters high. 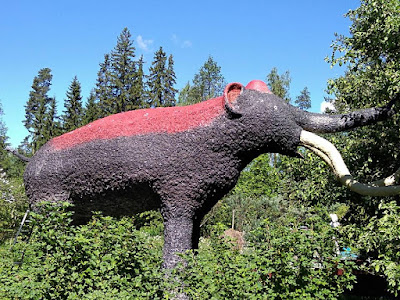 Completed in January 2017, the mammoth of some 4.5 meters high is a most impressive creation.

Constructing this homage to an extinct animal took up a couple of months and hundreds of bags of niksibetoni, but it was not necessary to use molds or reinforcement.To do the casting sheet metal was used. The sculpture is hollow inside and there is a bench to sit on for those who enter through a ladder. 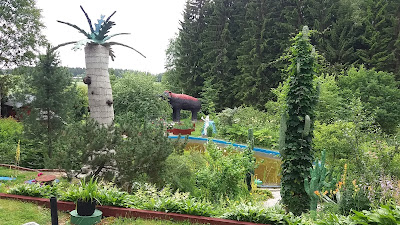 The high rising palm tree, left on above picture, was completed summer 2017. It is a tribute to people who have died of cancer and with this sculpture Raimo wants to warn people who are engaged in making constructions to use safe and non-toxic materials. A special feature of this palm tree is it's ability to blow out vapor. 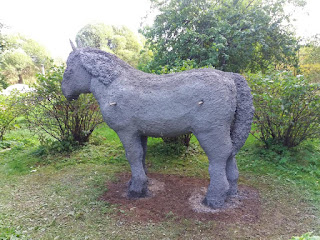 this picture and the next one from Facebook
In the course of 2020, Flink created a sculpture of a donkey with a height of 1.75 meters, as shown in the photo above.
The photo below shows this donkey lined up next to the mammoth, an image that shows very clearly the huge difference in size of both creations. 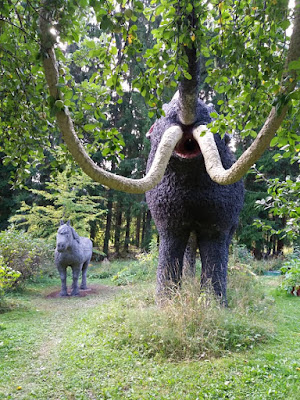 Apart frm the above mentioned creations, there are other, smaller sculptures, some depicting animals or human characters. and there is also a construction which is related to the cultivation of strawberries.
Documentation
* Flink's website Eko Info
* Article (July 2017) by Lauri Seppä  on website ITE Pirkanmaala
* Article (January 2017) in newspaper Aamuleehti with pictures of the site in wintertime and of the interior of the mammoth
* A series of photos (2018) by Sophie Lepetit in an album on Facebook