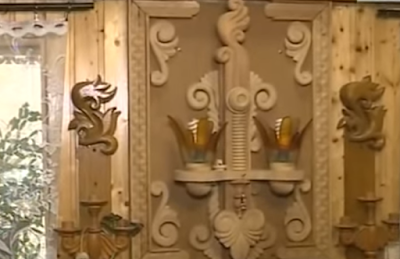 pictures are screen prints from
the video included in the documentation

Stavropol is an industrial town  in the south of Russia, in the midst of the northern Caucasus mountain range. One of its around 350.000 inhabitants has transformed the interior of his house into an art environment by decorating it with a large variety of wood carving and wooden sculptures. 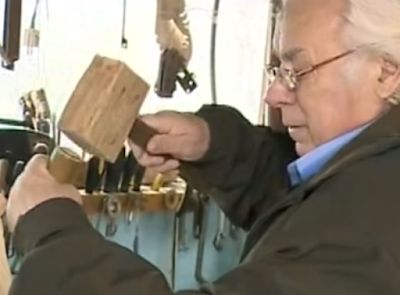 Pjotr Grigorievich Muzalev was born in Rostov, a port city in the south of Russia on the river Don, not far from where this river flows into the Sea of Azov.

Already at a very young age Muzalev showed a great talent in the field of drawing, but instead of going to an art academy, he got a technical education in the construction industry. 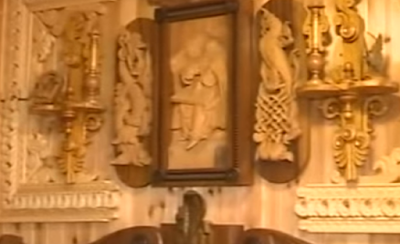 Muzalev would become the head of the department of technical aesthetics at the power generation plant in Stavropol (Stavropolskaya GRES), a job that included overviewing the work of professional artists and also required artistic competence because of the design of images of the production process in advertising, coins and souvenirs for visiting delegations. 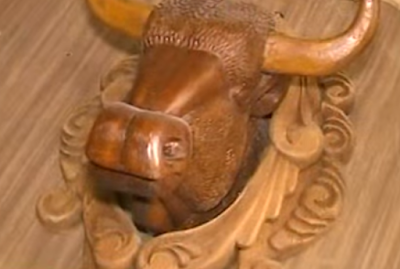 In the years that Russia was still the USSR, Muzalev made wooden bas-reliefs of Lenin for the district committee of the Communist party, as he also decorated the interior of the company's management buildings with wood carvings. 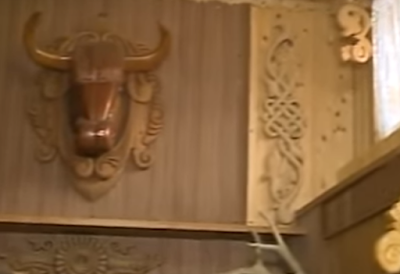 In the 1990's Muzalev and his wife moved to another house with seven (in general small) rooms. So many empty rooms meant just as many challenges to provide these rooms with wood carvings and other wooden creations. 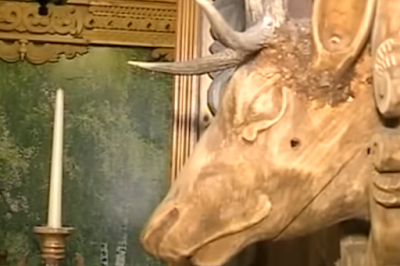 Muzalev went to work, adding all kinds of woodwork to the interior, giving every room a specific character. Once retired, he could spend even more time decorating the house.

Currently the interior is fully decorated with woodwork. One can see mirrors in carved frames, chandeliers and clocks in old style. Heads of animals, encased in carved frame, are attached to the walls, monkeys make grimaces, an animal (a dog?) as pictured below rests on a pedestal.....

It seems that no place in the house has remained without decoration. 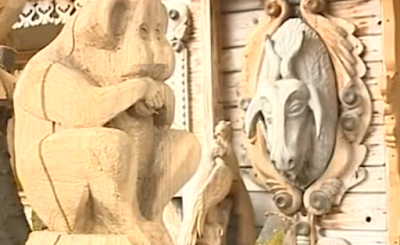 The location of Muzalev's house is unknown, but it has been reported that from the outside nothing indicates that its interior has been decorated so exuberantly. This may have contributed to the fact that this art environment has remained virtually unknown. It only had some publicity, just an article (2011) in a regional newspaper and a video (2014) on You Tube. 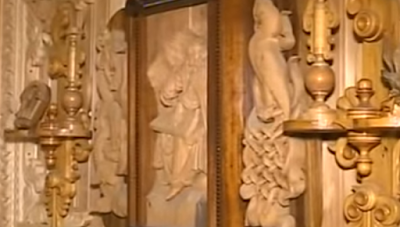