In a forest near the Czech community Lipová there is a singular architecture in the form of a round tower with extensions, all together depicting kind of a castle, It's a construction handcrafted by Zdeněk Procházek.
Life and works

Procházek, born in 1945, lives with his wife in Lipová, a community in the Czech Republic, west of the city of Olomouc. Now retired, during his working life he was a construction worker.

There is no information available about his early years. The earliest report says that in the 1970s  he liked to roam the forest near his hometown, for example to pick mushrooms 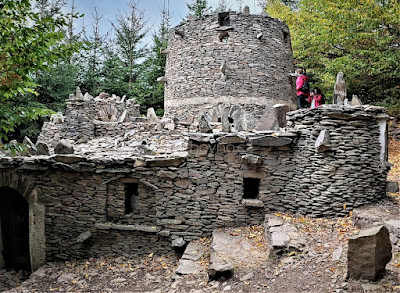 During those walks it appeared to him that on the slopes near the village there were many half-destroyed walls. once built by farmers on local fields, but now for no particular use.

He also saw the stones of such an old, partly decayed wall, being loaded into a truck to be transported to a destination outside his own village.

Procházek talked about this with the mayor, who suggested him to restore such a wall himself, Reflecting on this suggestion, he came up with the idea not so much to rebuild a wall, but rather to use the old stones to build something beautiful. 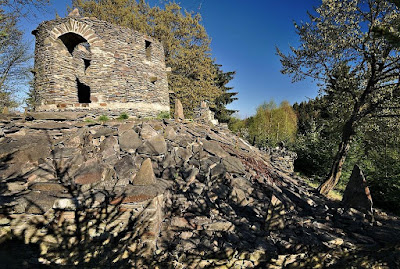 That thought did not leave him. It came to his mind to use the stones to build a castle and indeed, in 1982, in his mid-thirties, he started to realize his idea in a construction project that would take ten years [1]
As said, Procházek was a construction worker by profession, so he must have had no trouble with the technical aspects of the building process. However, in the field of architectural design he was self-taught.
He collected hundreds and hundreds of buckets full of old stones, which he then had to apply with his own hands. 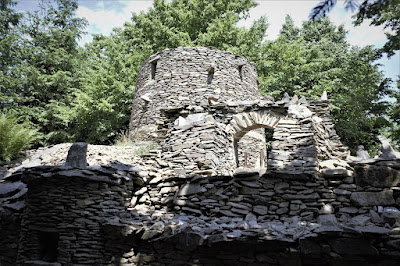 The majority of the stones were placed in the dry way, so without using mortar. This means that, taking into account the shape of the bricks, they should be stacked appropriately. Only the foundations of the various parts of the structure have been reinforced with mortar.
The image below gives an impression of the way the stones have been stacked.
. 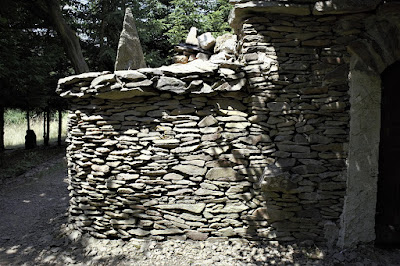 The various parts of the building, together forming the castle, are situated at the top of a slope in the landscape, the donjon at the highest point and the adjacent buildings partly on the slope, making them  appear to be somewhat small when seen from the top of the slope.
Visitors can freely enter the castle, including the donjon, except for one of the adjacent buildings where tools and maintenance equipment are kept behind a locked door. 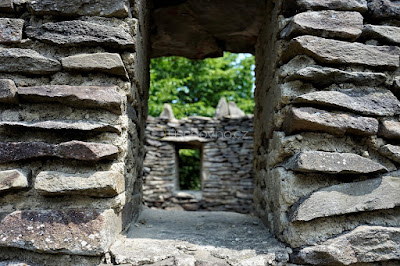 Over the years, the castle became more and more known and the number of visitors increased. Today, Procházka himself regularly visits the site to replace loosened stones and clear up clutter.
Due to his architectural achievement and contribution to tourism, in September 2021 he was awarded the first prize of the Olomouc Region in the touristic category Undiscovered Jewel . 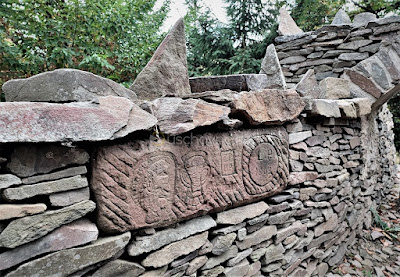 .
Documentation
* Article (October 2019) on the website of the journal Deník
* Article (October 2021) on the website of the journal iDNES
* Article on touristic website HRADY, with a series of pictures
* Article on another touristic website OK-tourism (OK = Olomoucký Kraj)
* Entry on website MAPY with a map indicating the (walking) route from Lipova to the site, as well as a collection of photos made by various visitors
Video
* Video (July 2018) by Mikin Mikin  (YouTube, 2'33")
note
[1] These data correspond to comments made by Procházek when he was interviewed in 2019. There are other publications that say he was active in construction from 2006-2010
Zdeněk Procházek
Hand-built castle in forest
near Lipová,   Czech Republic
located in public space
for walking route from Lipová to the site see Mapy
Posted by henk van es at 1:23 PM