Lithuania is one of the three Baltic states in northern Europe. After World War II it was occupied by the USSR, but in 1990  the country regained it's independence.

In the neighbourhood of the community of Salantai the Orvidas family owned a large plot of land.

Vilius Orvidas (1952-1992) was the one who transformed the garden into an art environment, but his father, Kazys Orvidas, laid its foundation.


Kazys was a stonemason who made a lot of tombstones which would mainly give expression to the christian belief. When in the former century Lithuania was under Russian rule, the communist regime had forbidden all religious expressions. This included statues of saints and also tombstones with religious texts or symbols.

Kazys Orvidas however wanted to counter the loss of these artifacts and he collected a lot of tombstones that he hid on his property. Maybe the authorities knew about this and they occasionally may have intervened, but during Russian rule the site as such somehow has survived. 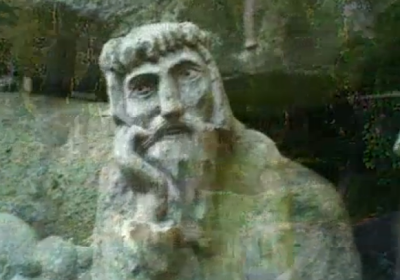 So in the 1970s and 80s this collection was supplied with creations made by Vilnius Orvidas. As a self taught sculptor he made all kinds of sculptures and wooden structures. He decorated a lot of these creations with symbols, giving expression to his deep religious convictions.

Orvidas stands in a Lithuanian tradition where the catholic belief is influenced by pagan lore.

All creations are exposed on the plot of land around the family property, which in this way has become kind of an open air outsider art museum. 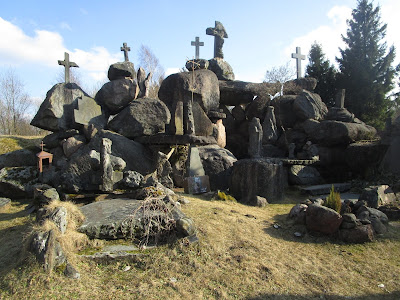 In the 1990s tourists from Lithuania and abroad began to visit the site, which currently is cared for by younger members of the Orvidas family

In recent years, however, it has lost some of its original outsider character. Nowadays one also focuses upon being an open air museum, showing remarkable stones and rocks, that are found in Lithuania and other northern countries, a collection under supervision of scientists. 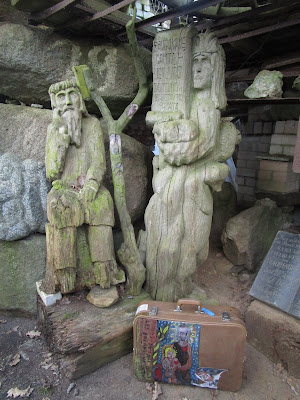 The Orvidas Garden still attracts a lot of visitors, domestic and foreign.