Camber Sands is a large family beach in the Sussex-area in the south-east of England, near the community of Rye. The scene is like this: sea, beach, dunes, coastal road....

In the 1950s the scene in general was the same with respect to sea, beach and dunes, but there was not so much development with respect to housing and beach resorts as nowadays.

Edwin Sutton (? - ?) , about whom the internet hasn't much information, was a beach guard, who owned a house along the coastal road.

In the 1950's he decorated this house with shells, which he collected on the beach. Occasionally he painted the scenes in bright colors. 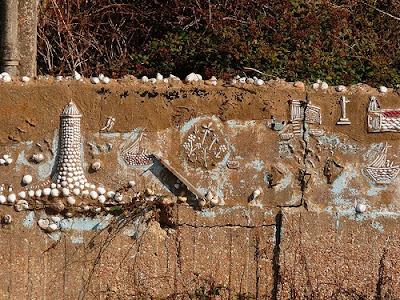 The pictures above, made in 2008, give an impression of these decorations.There also is a short Pathé newsreel movie, shot in 1958 and since 2014 available on YouTube
And below is a photo by  Tiramisu Bootfighter (la Valise Ambulante) depicting the situation in June 2019 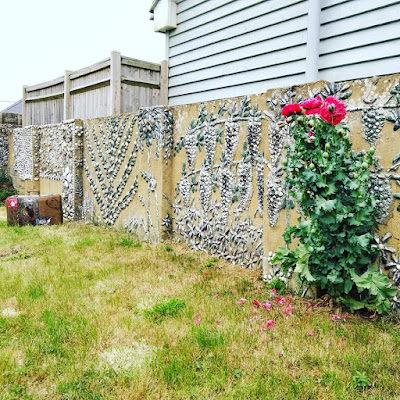 The house currently can be rented as a holiday home.