In  the 1990s, when I began collecting information about art environments, I made an annotation about someone named Olivier Jullian who was reported ¹ as being active in decorating the facade of his house in the city of Nîmes in the south of France. 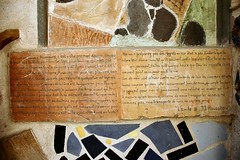 During all the years thereafter I never found any information about this site and I also couldn't trace any pictures of it.

However, in 2011 when looking around on Flickr for an item unrelated with the presumed artwork in Nîmes, I saw pictures made by Claude Vedovini and surprise! he had seen the decorations and had made some pictures thereof. With his permission I share his photos in this weblog.

It appears, there is not only a decorated wall facing the street, but -as can be seen on the next picture- the roof of the house has been decorated with sculptures and constructed ornaments. 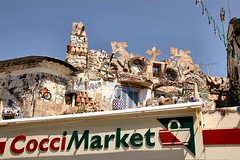 In a earlier version of this post I only could refer to Google's streetview. Try it yourself. You end up in the rue Bec de Lièvre, nr 37, and there it is, the decorated wall on the outside of the house.

Commenting on what I saw on streetview I said that the artwork looked a bit poorly maintained, adding however that the general idea behind the lay out of the creation seemed fine. But that's what I said in 2011, now take a look at below pictures from 2015.... it's a wonderful site ! 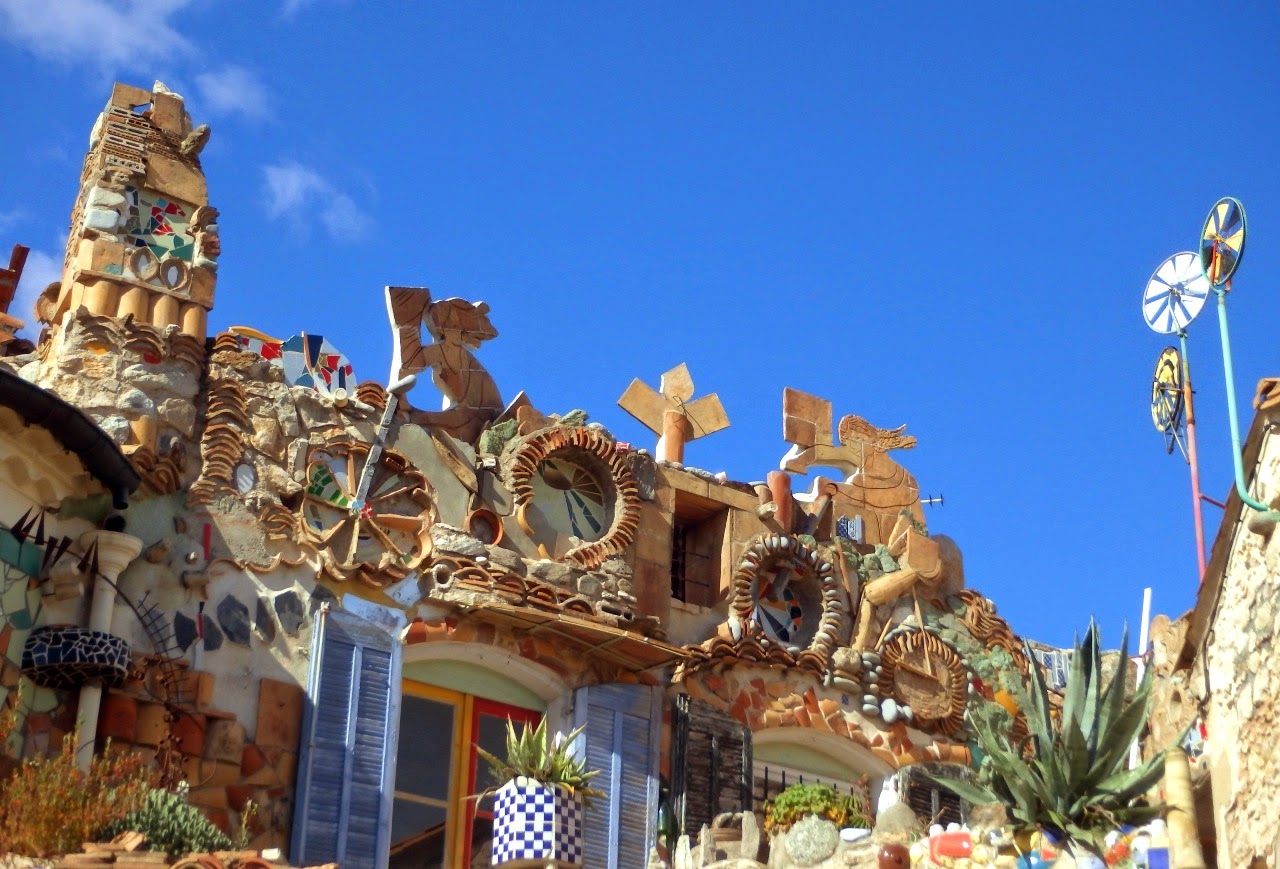 Indeed, in 2015 I got more information about who made this and when..... On March 30 Dominique Clément in his weblog Hérault Insolite published an article with a series of pictures of the site. He confirmed that indeed Olivier Jullian is the author of this site and he also reported that the decorating of the exterior of the house began in 1995.

And then, on August 22, 2015 the regional journal Midi Libre published an article about Olivier Jullian and his creative activities. This article is hidden behind a pay wall, but anyhow it is the first publication to inform the general public about this art environment.

note
¹ it was a communication by Jean-Michel Chesné published in one of the early issues of Zon'art, a magazine (1999-2008) that doesn't exist anymore and also isn't available anymore on the internet; see also OEE-texts