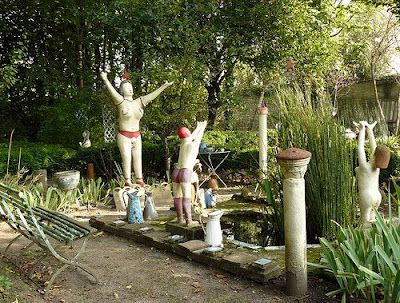 this picture and the next two courtesy of
herbaltablet (Flickr, august 2009) 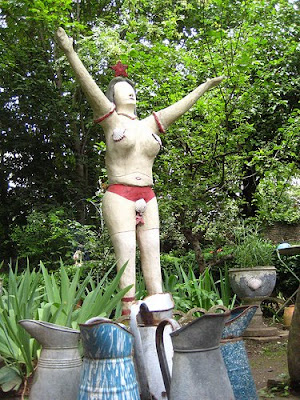 Olivier Thiébaut, who in the 1990s was behind the initiative to start this private museum, is also closely related to the unearthing of some of Enrico's dumped sculptures.

The story has been told by Thiébaut himself on Bruno Montpied's weblog (march 23, 2008, text in french). 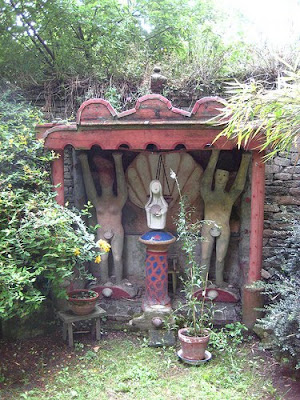 The site became a popular place to visit and in the 1960s and 70s it attracted a lot of people. 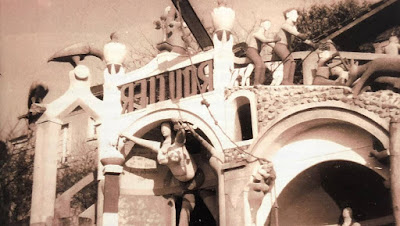 However, when Enrico became older he had to leave St Calais for reasons not listed in the available documentation, but probably against his will. He joined other members of his family, who lived in Divonne-les-Bains.

Documentation
* Entry on the website Habitants-Paysagistes (by Lille Art Museum), with photos by Francis David    of details of the sculptures
* Olivier Thiébaut, "De l'art chéologie" pour l'art, in Gazogène, nr 20
* Articles by Bruno Montpied in his weblog (march 2003) and in his inventory of folk art environments in France Le gazouillis des éléphants, 2017 p. 666-668