René Pecqueur (1933-2003), a conductor of engines, lived in the community of Louches, in the department of Pas-de-Calais, not far from the coastal city of Calais. 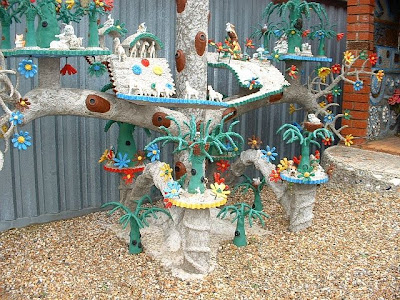 One day in the 1980s he decided to start some creative activity just to fill the empty hours (the reports differ about the year he actually began).

Pecqueur must have been active in making his creations for at least some twelve, but probably more years. 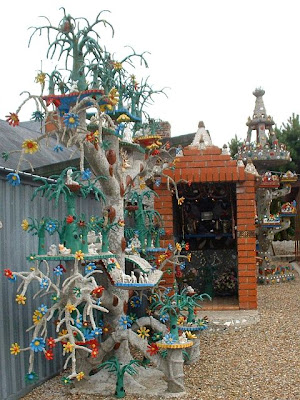 He first constructed a mill with rotating blades. Thereafter, in a very personal creative style, Pecqueur constructed kind of candelabra's and tree-like structures with brightly colored, lively scenes at the end of the branches.

Some scenes have been executed as kind of displays with movable elements which freely could be turned around by children (and adults who were not afraid to be found childish).


The decorated garden attracted a lot of visitors, not only locals, but also interested people from further away. 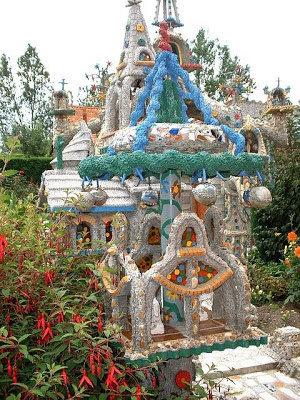 When in 2000 mrs Pecqueur suddenly died, René Pecqueur, overcome with grief, ended his making of creations. In 2003 he ended his life.

The site has been demolished

The Lille Art Museum was interested in saving the creations, but before staff members could have arranged technical support to store them safely, the heirs already had demolished the site. Only some small items have been left.

What remains are memories. And pictures like the ones by Marguerite Tartart, partly republished in this post, but originally published on a web page in memory of René Pecqueur created by a regional historical society (Webpage not available anymore)