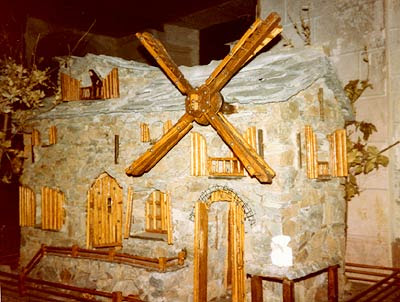 all pictures from the touristic website toute la corse


An ensemble of miniature constructions, located in the Corsican city of Bastia, is in touristic websites in general referred to as the Museum of Miniatures, but René Mattei prefers to call it Corse miniature animé (animated mini Corsica).

Mattei made this miniature Corsican village between 1983 and 1986. On a scale 1:30 he constructed a windmill, a cathedral, a sheepfold, a bridge, and other items, which all together represent the atmosphere of small Corsican villages.

The small buildings are illuminated, bells will ring and other village sounds can be heard, some light classical music is played, and there is a small train circling around. 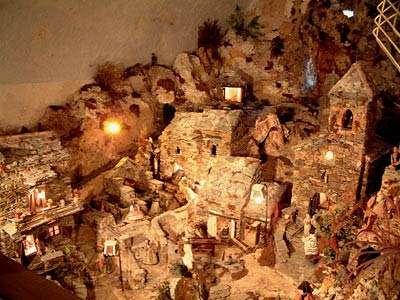 I could not trace any biographical information about Mattei. He might have been a sailor, but I am not sure about this.

Although over twenty years have elapsed since Mattei made his construction, in 2010 when this post was first published, he was still actively engaged with the site. Every day he will be present at his museum to meet tourists who found their way to the museum. 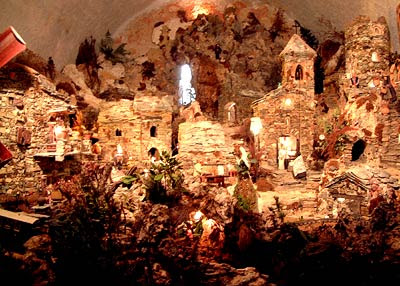 The museum is located in the Citadelle, a fortified complex on the seafront, that in former times protected the city from invasions from the Mediterranean.

René Mattei somehow has got permission from the city of Bastia, the owner of the citadel, to use a room of the old building to establish his museum. It is the room were in former days the gunpowder was stored, the powder house, in french the poudrière. 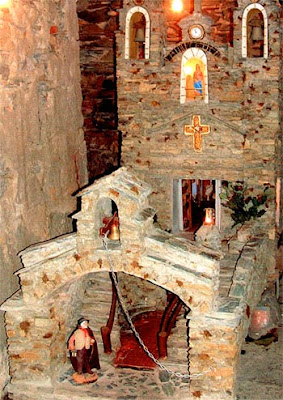