Just outside the community of Gardanne on the road (D7) to Luynes in the Provence area of France, one could drive past a house with a decorated facade.

Francis Barale (1930s ?- 2017) was the author of this project. A local Gardanne magazine from early 1998 (on page 7) has the story, reporting that Barale at that time was retired and had over twenty grandchildren. So I suppose at that time he was in his sixties, and was born in the 1930s.

Barale has been a gardener and he has worked in a touristic pottery shop in Valabre, making and selling tiles and other tourist items. He told the local journal he felt "attached to things", and didn't like throwing away objects.


So in the garden of his house he made kind of an exposition of many objects, mainly children's toys, and he abundantly decorated the facade of the house with dolls, in this way producing quite decorative scenes, as next pictures show.

Francis Barale told the journal: "When my grandchildren do not use their toys any more, I ask them to give them to me, and when they visit me, they enjoy themselves (---). It gives them pleasure to see them there, exposed" 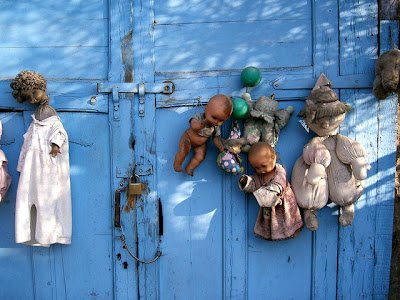 As far as I understand, in March 2011 the dolls and other objects have been removed (see documentation) 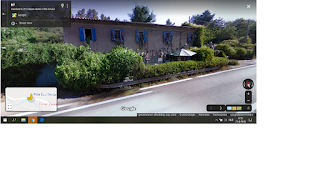 Email ThisBlogThis!Share to TwitterShare to FacebookShare to Pinterest
Labels: exterior decorated with dolls