Les Fonts is an urban neighbourhood of some 2000 inhabitants in the Spanish city of Terrassa, near Barcelona. It is bisected by a river along which -in the center of the community- a castle is situated, as shown in above picture.

It's an enormous complex, bounded by the river, the Carrer de Mossèn Paramon, the Carrer de Josep Poms and the Carrer de Santa Teresa, and the castle is presented in this blog because of its artistic elements and because it was constructed by just one man, a non-professional in architecture and constructing, helped by his wife and in later years also by a couple of assistants.

Son of a farmer, later a wine merchant, Jacinto García (b. 1929), became an antiquarian, who among others bought classic and old furniture from farms and old houses to resell these to interested parties.

The internet has no biographical details about García, neither is there much information about how he proceeded in constructing the complex. As far as I understand, around 1960 García began transforming his house into a castle-like structure, first by adding a tower to it and then continuing by gradually expanding the site with constructions and walls, until it had expanded into a complex facing three streets and the river.

When he began in the 1960s regulations on urban planning probably had not yet developed in Catalonia or were of little significance, so García could indulge in his sole discretion, mixing architectural styles and providing decorative elements to his own taste.

So, the exterior walls have sculptures, statues, busts.... 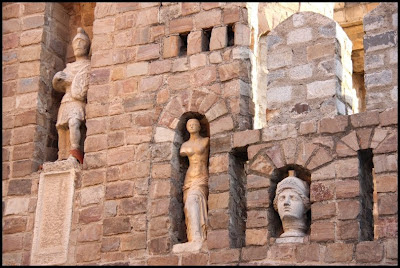 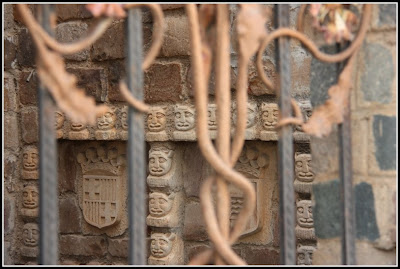 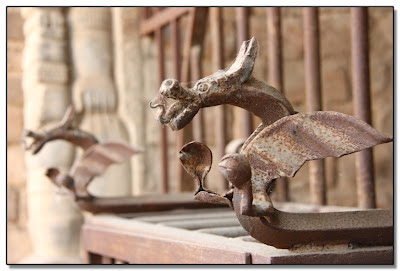 And the interior? It seems that little or nothing has been reported about this. In any case, the internet  has no information that relates how the interior of the castle looks like, nor are there pictures of the interior.

Many people say their home is their castle, but for mr and mrs García their castle is their home, that's where they live. Since the couple has no children, the question arises as to what the future of this complex might be.
Situations in 2021 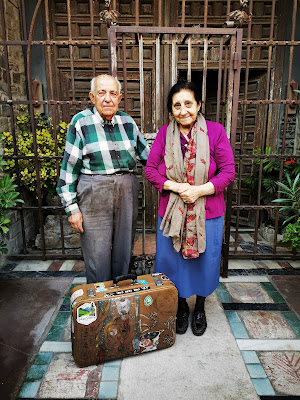 The pictures above and below, made in October 2021 by Tiramisu Bootfighter, who traveled through Spain in the context of his project La Valise, Galerie Ambulante, show the Castle and its inhabitants, Mr and Mrs Garcia, who entrusted him that they wish to reveal very soon all the wonders and secrets of the building. 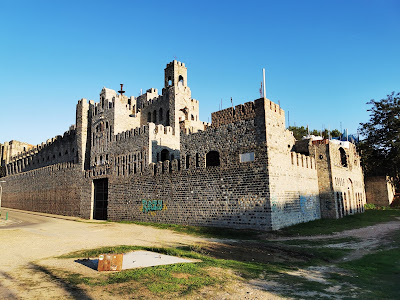 Video
* scenes of the site (2010) on the Provincia de Barcelona trip video by Serflac (YouTube, starts
at 31.57, cannot be embedded here)