Before this move, as a self-taught artist he already made small sculptures from concrete. At the new location he could make life-size sculptures, since the garden around the house was large enough to accommodate these large sized creations. 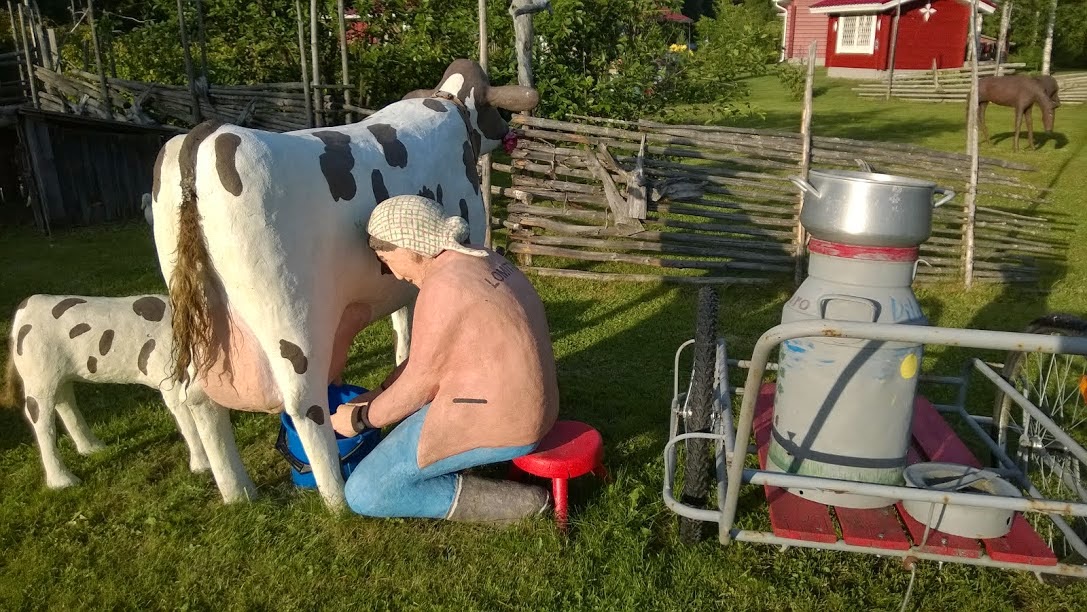 As a pensioner he also had enough time to make these creations, which he constructed by first making a model from iron netting and wire and then applying a layer of concrete to the model.

His life-size creations, with scenes of people in various activities such as playing chess, dancing, steering a cart driven by a horse, are quite impressive, but then Ikonen also made a variety of smaller sculptures, portraying animals like ducks, geese, sheep and so on. 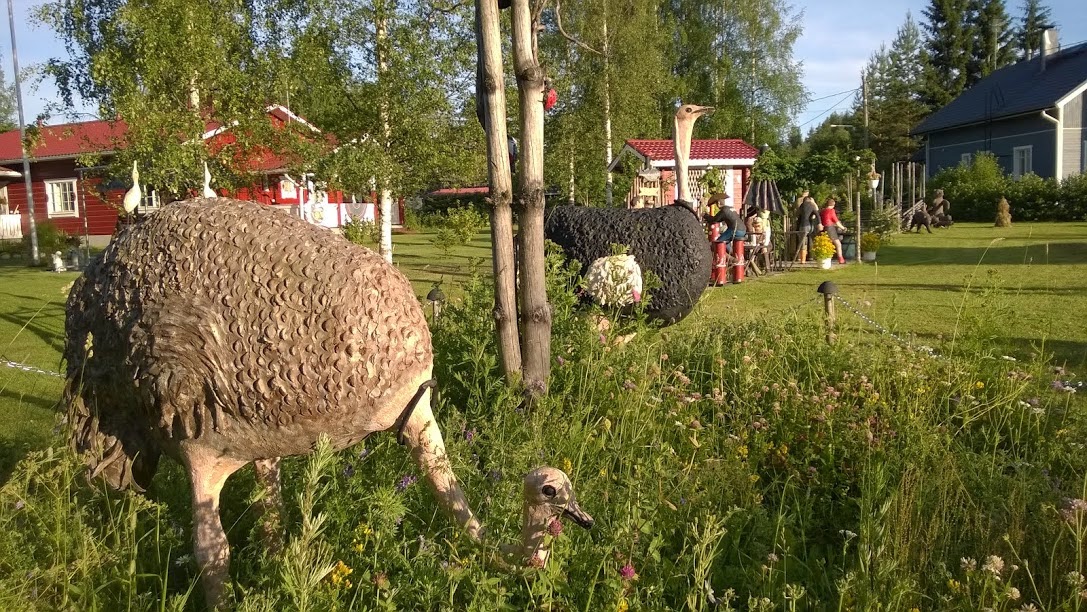 The pictures in this post show Ikonen's rather realistic way of designing the sculptures, indeed to such an extent that he adorned his creations with feathers, spectacles, hats, jewelry, watches..... 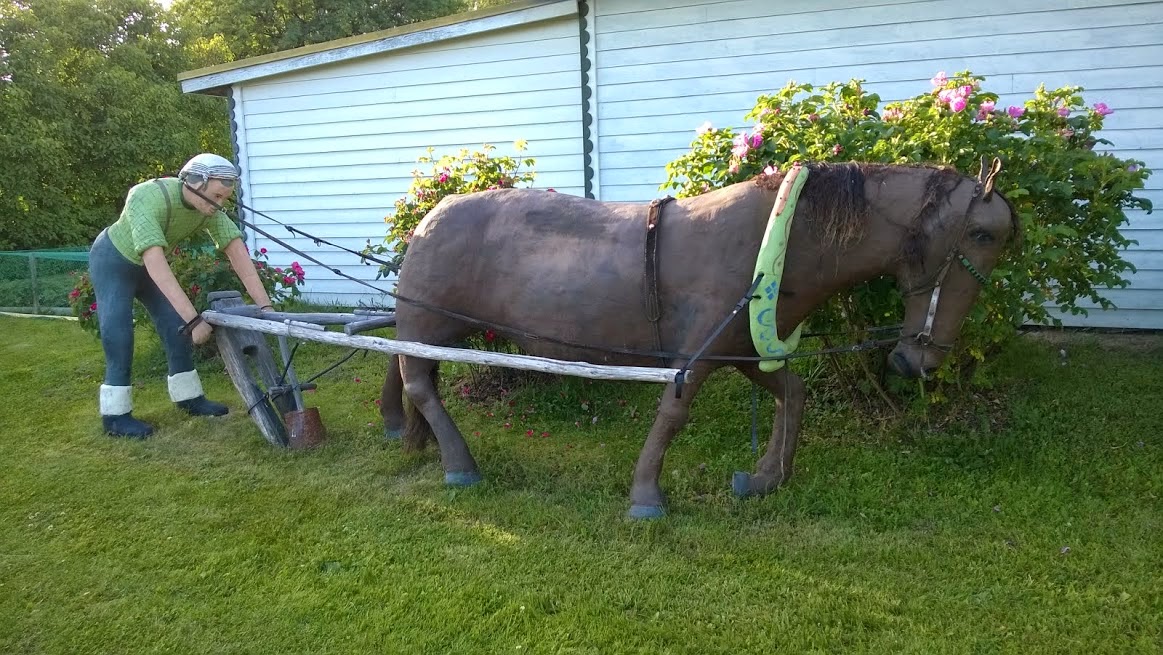 Many of Ikonen's sculptures reflect village life and life at the farm, set out in scenes of a cow being milked, a horse and carriage, a farmer plowing, groups of geese and ducks .... 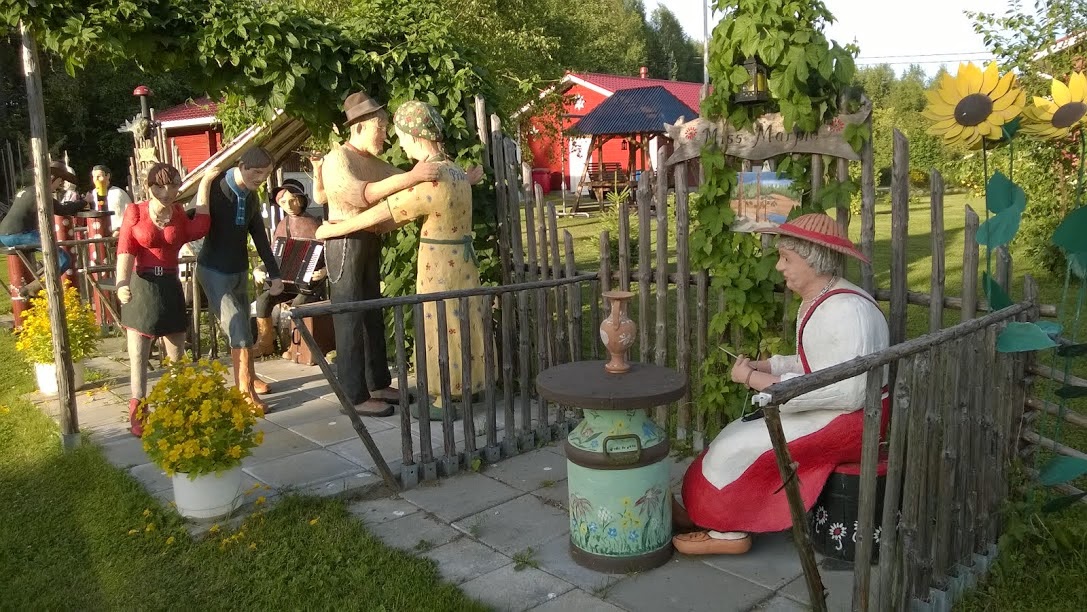 This art environment that during Ikonen's life was arranged around his house and could be seen from the street, had a very tidy and spacious atmosphere. 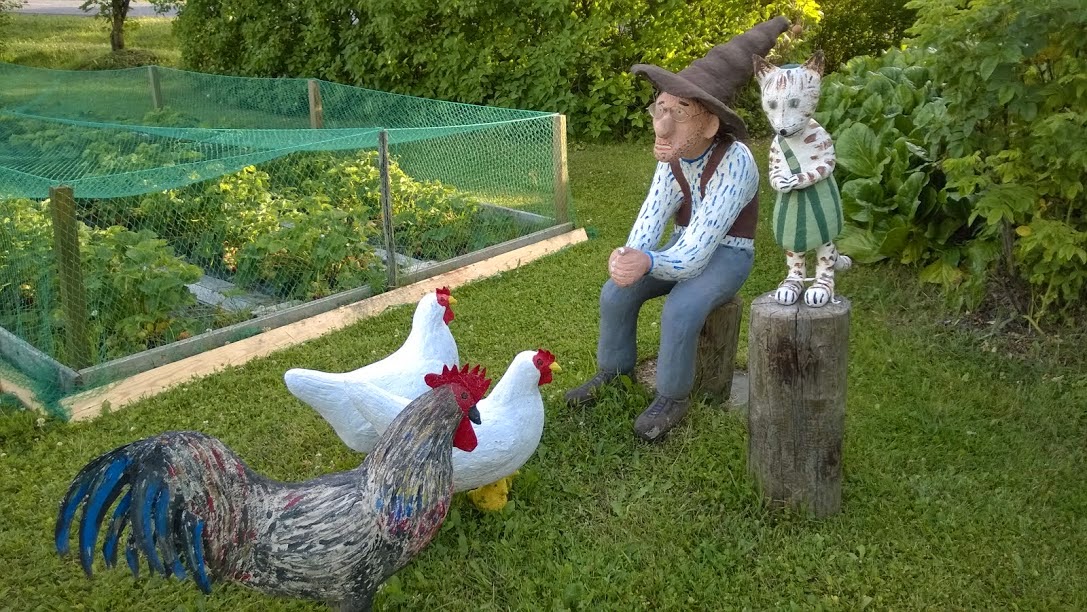 On Newyearsday 2015 Ikonen sadly past away, as far as I know because of an accident when he was winter-fishing.

Part of the collection
has been transferred to Ilomantsi

In September 2016 it was announced on the website ITE-net that part of Ikonen's sculptures, mainly the large sized ones, with the help of the Union for Rural Education and Culture have been transferred to the Katri Vala cultural center in the community of Ilomantsi. Another part of the collection will remain in the family.

Ilomantsi is known in Finland for its regular Bear Festival, a competition in sculpting large wooden bears from tree trunks, usually with the aid of chainsaws

Documentation
* article  on website ITE-taide
* article in Uutiset, June 2014 (in Finnish) with various pictures
* article (in French) and a variety of photos on the weblog (2019) of Sophie Lepetit


On this video Ikonen talks about the technique he uses and how he taught himself making the sculptures. He says that beauty always has been important to him, and that he, although being a "city boy", wants to depict the "real life" in the countryside. He notes that people are interested in his art: "I guess I have to accept this is art, 'cause so many people like this" (this info thanks to Minna Ite).