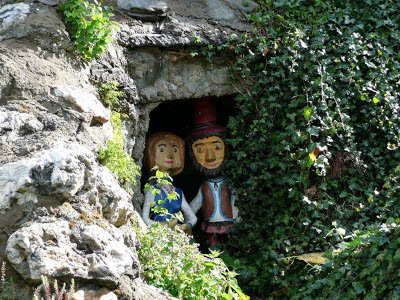 Unlike other fairy tale gardens in Europe, this one in the Czech Republic, named Eldorado,  has not grown out into a mega amusement park full of roller coasters and snackbars, but it still has the atmosphere of the 1950's when its creation was started

Frantisek Jáích (1899-1987) from the small community of Hyncice in the north-eastern area of the Czech Republic, in 1957 decided to create kind of a fairy tale garden around his house, just to please himself and possible visitors.

He made scenes of famous fairy tales like Hansel and Gretel and the witch, Snowwhite and the seven dwarfs. 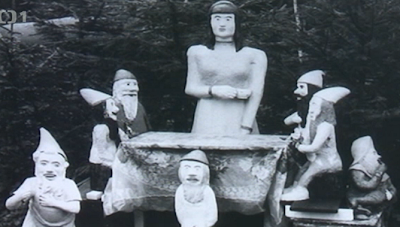 But he also made sculptures of smaller animals, like reptiles, birds, bears and chamois on the rocks as in next picture. 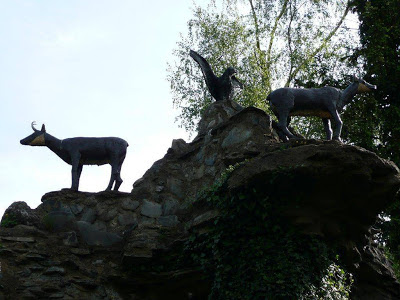 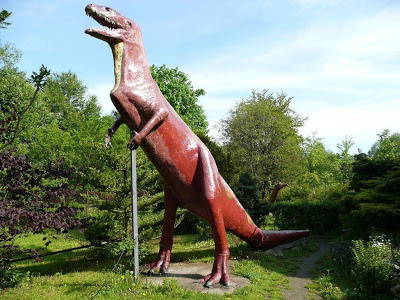 other (prehistoric) large animals, constructed -as far as I understand- by applying concrete to an iron frame. 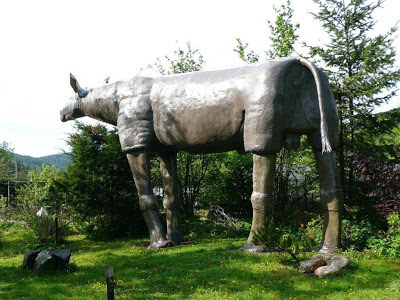 After in 1987 Frantisek Jáích had died, his son Bedrich Thurz took care of the garden He also took up further enlargements, in all ways respecting the atmosphere of the site as existed from the beginning.

Currently the garden is managed by Frantisek Jáich's granddaughter and her husband. It can be visited by the public in the weekends without paying any admission. The site has a small parking place.

Documentation
* Pavel Konečný and Šimon Kadlčák, Atlas spontánního umění (Atlas of spontaneous art), Prague, 2016 (ISBN 978-80-906599-1-9). p. 227-229
* More pictures on Facebook
* More pictures on the Racjenet website
* Webpage of a Czech TV program with a video of the garden
* Article by Radosław Labarzewski on znalezienie.blogspot reporting a visit to the garden in 2017 (in Polish, with illustrations) 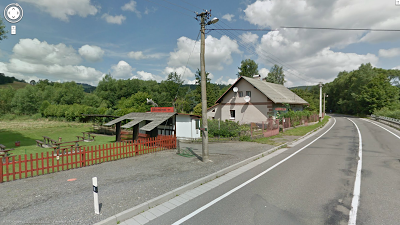