Owning a house on the banks of the river Loire in France may mean you can enjoy magnificent views of the river. And if your property has high rocks in its backyard, it is understandable to create a viewpoint uphill to enjoy an even more splendid view.

But why create a multitude of terraces, supported by high walls, connected by stairs and paths, and equipped with various smaller constructions, as the owner of this location did.... The local archives have no answer, but Siffait, who made these constructions, may have had that Babylonian drive that characterizes so many of the autodidact builders featured in this documentary blog.

Indeed, this site, embellished with creative constructions by its non-professional owner, can be seen as an art environment, like those who focus upon its curious architecture, might denote it as a folly.

Born in Abbeville in northern France, Maximilien Siffait (ca.1780-1861) as a young man served Napoleon in his Italian and Egyptian campaigns and then got a job at the French customs, where he quickly made career and became chief tax-collector.

In 1815, on a business trip in the area of the Atlantic coast, he became charmed by the beauty of the basin of the river Loire near Nantes and decided to settle there with his wife whom he had married in 1806.

The couple bought the Gérardière manor with associated grounds, located along the Loire in the small community of Le Cellier.

Rather soon, probably around 1817 ¹, Siffait began his construction project. Since he left Le Cellier in 1830, he at most had fourteen years to realize the walls, terraces, balustrades, towers, stairs, paths (some leading nowhere) , trompe-l'oeil's and additional structures, such as kiosks, chapels, a grotto and an amphitheater. 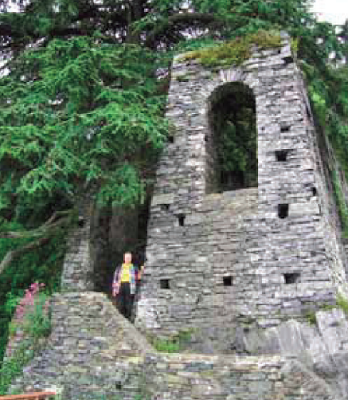 The archives of the community have no documents with regard to the way the constructions were realized. 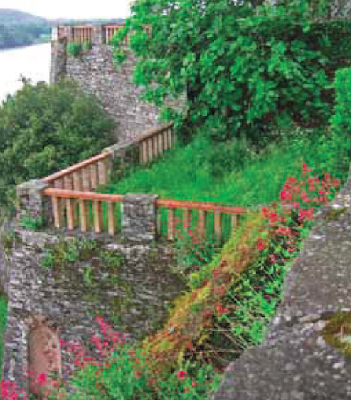 Siffait may have employed assistants to help him, what is probable not only because of the size of the works, but also because he was elected mayor (in 1922) and maybe wanted to realize employment for the impoverished population of the region.

Stone material undoubtedly was available on the spot, but how did Siffait finance the payment of eventual employees?..... it hasn't been documented. 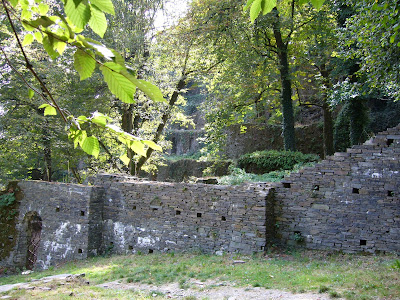 Next map gives an impression of the size of the site:


Siffait's private life had some tragic moments. The couple had three children, one of these, a daughter, died when very young, in 1819 his wife died, and in 1830 his other daughter also died, 18 years old.

In 1830 Siffait's mayorship ended and the same year Siffait left the community to settle elsewhere in France.

Site transformed into a park

Siffait's son Oswald in 1836 settled in the Gérardière manor. Married in 1838, in 1840 he began transforming the site into a park by planting a varied collection of trees.

Around the same time the railway connection between Angers and Nantes along the Loire was projected and despite local protests against a route on the river's right bank this one was realized, which meant that the property became separated from the river.

In later years the family moved to Nantes. Although the manor remained in their possession, from around 1870 on the site fell into oblivion.

In the 198's interest in the site revived, also because of activities of the Nantes school of architecture. In 1986 the community of Le Cellier acquired the property (in 2007 the department became its owner). Plans for restoration have been developed and protective measures were taken.

Video
* fragment (2018) about the site on the North France trip video by Serflac (YouTube, starts at  41.31. cannot be embedded here)

note
¹  with regard to the date Siffait begun his constructions I am following the article on the Le Cellier website, where it is said Siffait was active in making constructions between 1817 and 1829; other sources say Siffait began around 1826