Yiorgos Chavaledakis's stone construction is an ensemble of buildings, structures and sculptures made from stones varying in shape, color and size (from small to some meters) which Yiorgos collected in the neighbouring mountains.

The site, located in the community of Kalyve near Chania on Crete, is named Koumos, a Greek term to denote a shed with a typical form, as depicted in the next picture that shows the one made by Chavaledakis.

The internet has no biographic information about Chavaledakis.

In 1990 he began creating the site and it took him over ten years to complete it.

Currently this art environment accommodates a Greek tavern and restaurant, where large numbers of guests can be welcomed.

The building which houses the tavern is lavishly decorated with stones, in the same way as the chapel on the site, as shown below. 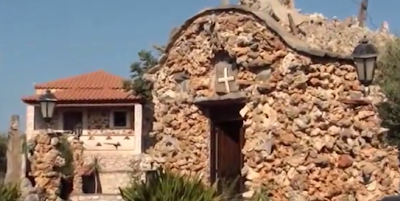 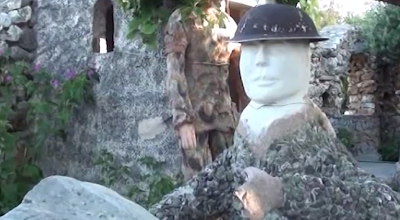 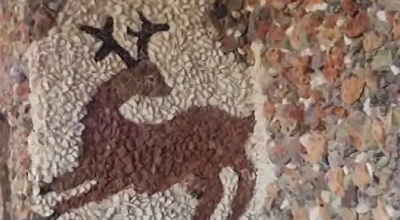 and frescoes in high relief on the walls. 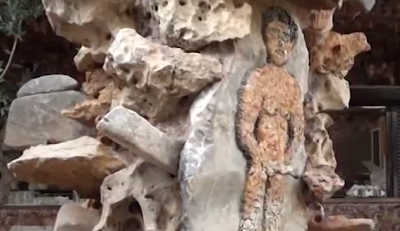