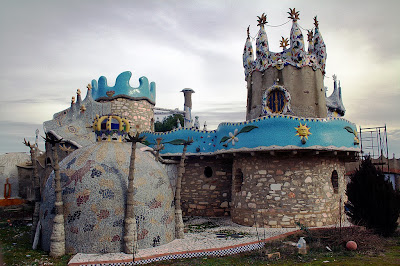 This house in Los Santos de Maimona (Extremadura, Spain) is a marvel of form and decoration.

Francisco González Grajera (1926-2016) in 1989, so when he was in his early sixties, began constructing a (second) house on a plot of land in the outskirts of the community of Los Santos de Maimona.

From age eighteen on he had worked as a mason in construction, so building a house was not unknown to him. 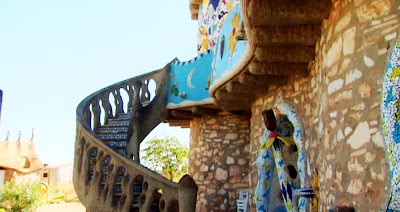 To please one of his daughters he gave the house a fairytale appearance. In some early sketches which have been preserved, he showed that the most important characteristic of his construction would be its one and all round shapes.

And indeed, the currently largely completed structure has almost exclusively round shapes. 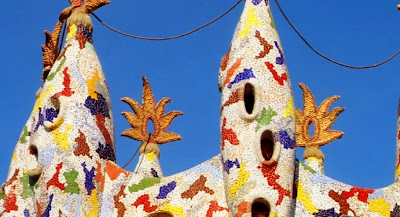 But there is a second element that makes the construction particular.

In Spain this almost immediately implies associations with Gaudi. However, Grajera has said that he had never heard of Gaudi, not at school and not later when he was a bricklayer. 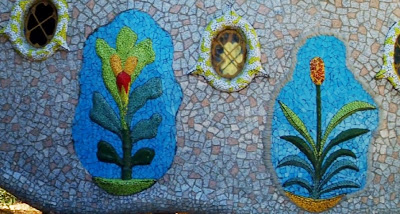 When Grajera visited Barcelona in later years, he very much liked Gaudi's creations, but as he said, Gaudi didn't have to pile stones and fit the decorative mosaics, as he himself had to do.... 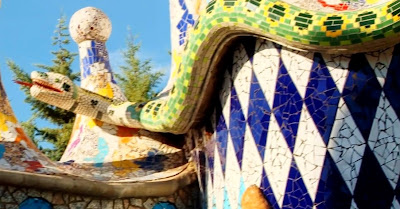 When he still had his job, Grajera was active in constructing and decorating the house during the evenings, the weekends and in his free time. Once retired he was engaged full time. 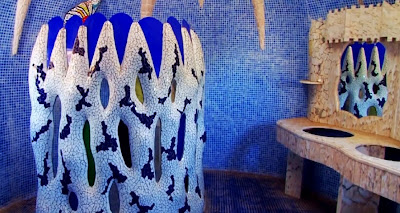 In the course of the years the site has become well known, also because of articles in Spanish journals and programs on TV.

In 2006 the local authorities ruled that Grajera had to halt his construction work, arguing that he did not qualify as an architect.  In 2011 however, a new administration was elected and this one ruled that Grajera could continue his activities, which he did with verve.

view from the ex-101 highway 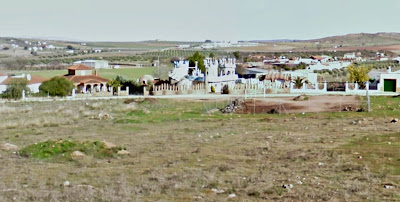