Lamasquère is a community of some 1300 inhabitants, southwest of Toulouse, in southern France.

Located not far from the hustle and dense housing of the big city, this is quite, rural area, with detached houses, in general standing on relatively large plots of flat land. 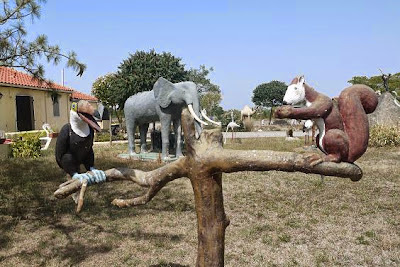 Roger Lemière (b. 1938) in 1984 began creating rather naturalistic sculptures of animals, an activity resulting over the years in a collection of some sixty items, scattered over the grounds around the house.  . 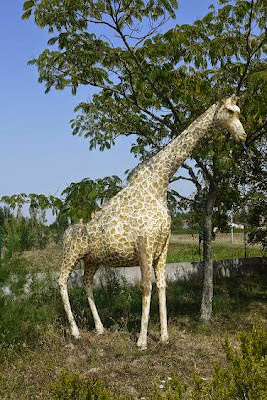 Not fabricated by using cement, but by using resin, the life-sized sculptures for a part depict wild-life animals, like a giraffe, a rhinoceros, an elephant, a zebra, and the like.

However, Lemière has created smaller species too, such as deer, monkeys, ibises..... . 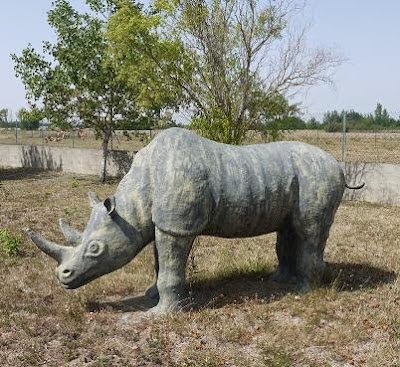 Dotted with so many animals, the flat and relatively vast area around the house evoked an atmosphere of an African savanne, which was accentuated by the presence of a scene with a few traditionally portrayed African natives in  front of a hut.. 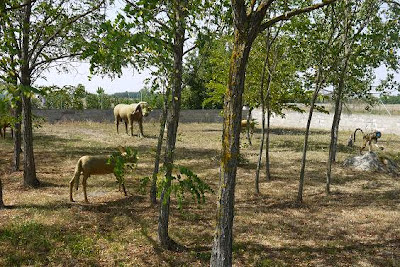 Lemière. however, has never traveled to Africa and he has no special affection with that part of the world.

Like other creators of bestiaries (Bastouil, Diaz, Hardy, Vriet), he apparently just has been inspired by the concept of visualizing species of the animal kingdom, focusing as a matter of course on those present in  the collective western perception of fauna.

The collection has been disposed off in 2013

End 2012 it has become known via Sophie Lepetit's weblog, that Lemière has decided to dispose off his collection. The sculptures have been delivered to someone in France who might exhibit them in one or the other setting, unknown at this time.

Who knows what some day the public might get to see.....

site doesn't exist anymore (since around 2013)

Email ThisBlogThis!Share to TwitterShare to FacebookShare to Pinterest
Labels: garden with sculptures from polystyrene