Forgotten since the 1920s, the work of a French self-taught sculptor after ninety years has been re-discovered.

Born in the small community of Saint Romain la Motte (near Roanne, Rhône-Alpes area in France), Pierre Martelanche (1849-1922) was in his early twenties when the 1870 German-French war raged, an event which may have affected him deeply.

He had various jobs, but ultimately he became a winemaker.

During many years of his life there were no indications that he would become a self-taught artist, but then around 1900, at age fifty, he began making sculptures.

The story is that one day, coming home from work, he cleaned his shoes from the clay he had collected while at work and got the idea to make a vase out of this material, an item needed in the household.

True or not, it was the beginning of a new phase in his life which would last until his death: making sculptures from clay as a self-taught artist. 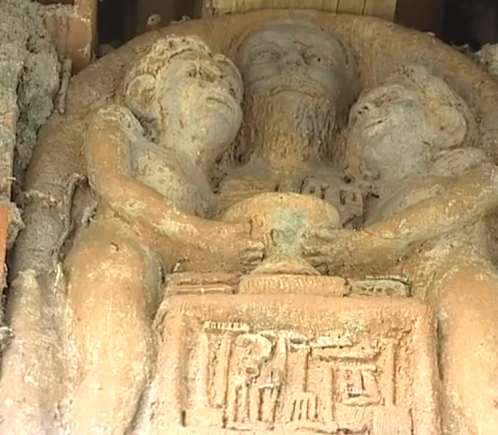 He created stand alone sculptures, but also a number of ensembles of people and plates with high reliefs.

A number of these plates have been attached to the walls of a small cabin in the garden of the family house, which gradually became entirely filled with plates and sculptures, his Petit Musée.

He was a strong advocate of education for all children, especially for girls, he demonstrated his preference for the republic and laïcité (i.e. the situation where religion has no place in public life, in France nowadays a basic principle).

He proclaimed the great value of justice, peace and progress....

The walls of the small cabin that houses the museum got covered with inscriptions that express his views.

It is quite possible that the basis of his creative work wasn't so much the urge to make beautiful sculptures, but rather the need to bear witness to his social views.

The reports about Martelanche, referred to in the documentation, make no mention of his feelings regarding the horrors of the 1914-1918 world war, about which he must have learned at older age. 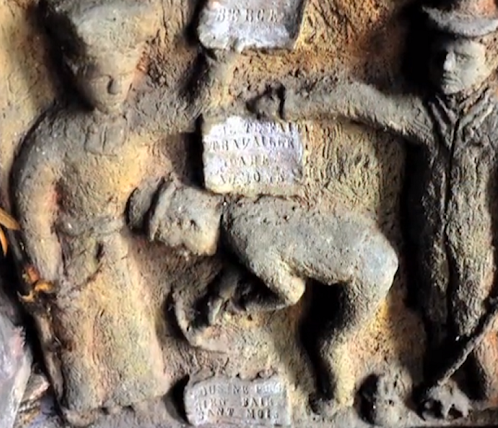 In 2011 the site has been rediscovered

After Martelanche died in 1922, the Petit Musée fell into oblivion. Gradually, other than the family, no one knew of its existence.

This lasted for some ninety years. Then in June 2011 a great-grandson approached Jean-Yves Loude, an ethnologist who with his wife Viviane Lièvre and a donkey, in preparation of a book, traveled through the region.

The couple saw the importance of the work and alerted relevant stakeholders in the region, who all became interested in saving the creations for the future.

Activities to save the sculptures

An Association of Friends was formed, on behalf of whom consultations were held with various museums to see whether they could accommodate the sculptures. This Association in 2017 got the yearly awarded regional prize for the best heritage conservation project, including the restoration and enhancement of Martelanche's terracotta sculptures.
Consultations took several years, but in February 2021 it was reported that the sculptures would be housed in the Joseph Déchelette Museum in Roanne, a town some 10 km south-east of Saint-Romain-la-Motte, so they will stay in the Loire area where Martelanche lived.

* The association of friends has published a video that presents the works of Martelanche in a systematic way (Daily Motion, 7'36", January 2014)