Alberto Manotti, Re del Po/King of the river Po

From the Alps to the Adriatic Sea over a length of more than 600 kilometers, the River Po crosses northern Italy. Mostly calm, the wide river can sometimes rise to great heights, which in the recent past has led to major floodings.

Born in 1942 in Catanzaro in the south of Italy, Alberto Manotti during World War II settled in Boretto, a community of some 5000 inhabitants in the central part of the river Po.

Located on the right bank of the Po river, Boretto is  a city that hosts an important touristic harbour and the Museo del Po, della navigazione interna e del governo delle acque (Museum of the Po, of inland navigation and of water management).

Manotti, who had a job in a furniture factory, became a man whose life would be determined by a passion for the river.

He would spend there as much time as possible and at some moment in the 1970's, after a woman with her children had drowned in the river, he decided to construct kind of cabin on a sandy spot along the river, a cabin which could be a refuge, an observation post or a facility to warn people to be careful in dealing with the river.

To construct the cabin Manotti used driftwood, and the fun of making a construction with this material may have inspired him to continue and make a large wooden structure similar to a ship, just using material supplied by the river.

Fun for kids to climb, of course, and just as adults, they were welcome to visit the site.

Indeed, Manotti likes to talk to children about his passion and he has added playground equipment and funny sculptures to the site, such as above Pinocchio.


From 2009 on, probably when he had got retired, Manotti is full time involved in his project. 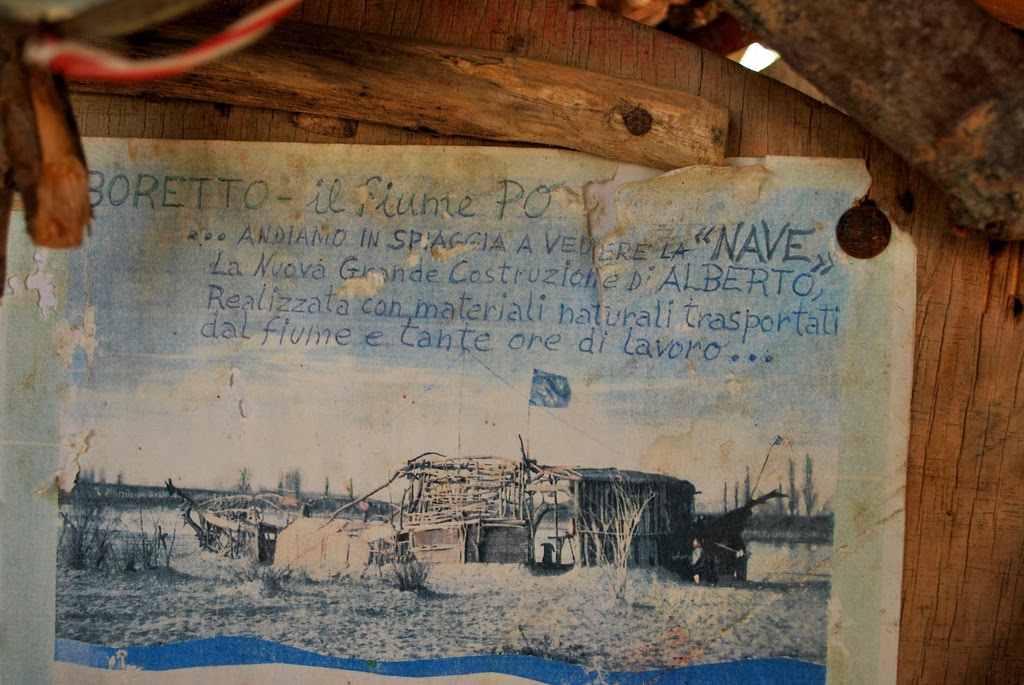 A photo with writing, mounted on a part of the construct, informs visitors how this all came about.

In english: "Boretto...the river Po/Come to the beach to see the "ship"/The great new construction by Alberto/made with natural materials transported/by the river and many hours of work ..." 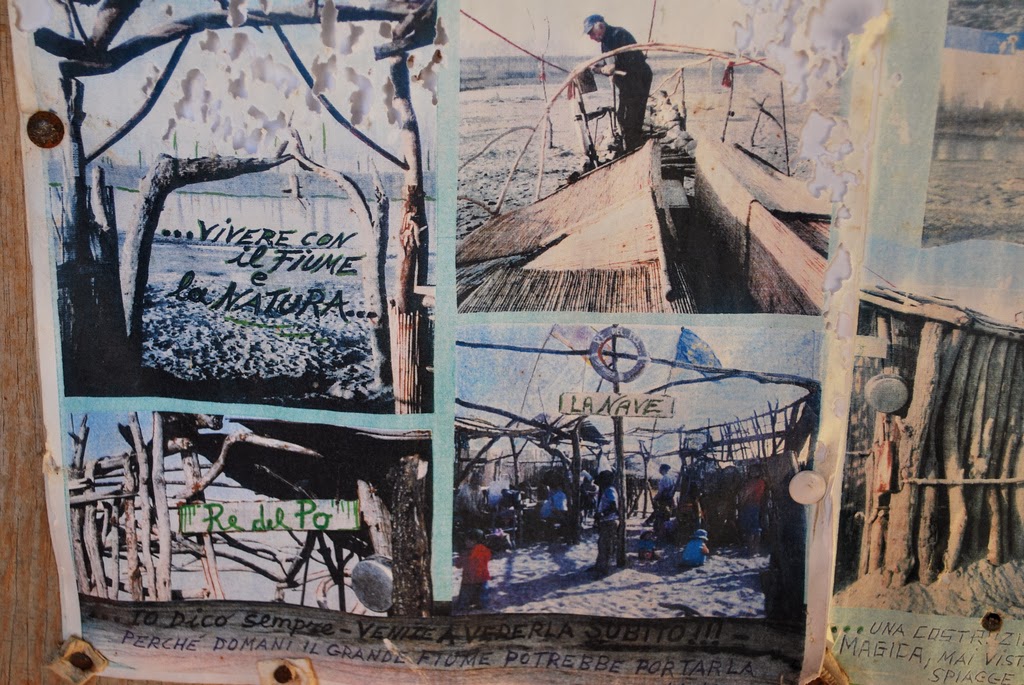 Compared to the forces of the river in the case of increased water level, the wooden structure of course is fragile.

Manotti has anchored and secured the structure to the bank in such a way that the structure can withstand high water level, but the forces of nature have their impact and the construction must be regularly maintained and often changes in the structure have to be implemented. The latter undoubtedly so much to Manotti's satisfaction.

The theme of continuous change inspired Italian filmmaker Elena Fieni. She met Manotti by accident in 2003 during a period of great drought, and got his cooperation to shoot a film about his relation with the river.

Entitled Visible...Invisible: un re racconta il suo regno the first version in 2004 was shown to the inhabitants of Boretto. In 2008 a version showing footage shot in intervening years, was ready. The movie has been presented on various festivals, but is not available on the internet.

Continuous change is typical for the art environments presented in this blog. The creators of these sites continue, often until old age, to supplement and change their creations. And when they pass away it is not uncommon their creations gradually disappear.
A serious accident
In May 2021, Manotti fell several meters from his construction. He was found unconscious by a passer-by and after months of hospital stay some improvement began to appear. There have been no reports of a definitive recovery yet.
.
Documentation

Alberto Manotti
Re del Po
Boretto, Emilia-Romagna. Italy
on the beach near the bridge in the
road from Boretto to Viadana
visitors welcome
Posted by henk van es at 7:29 PM