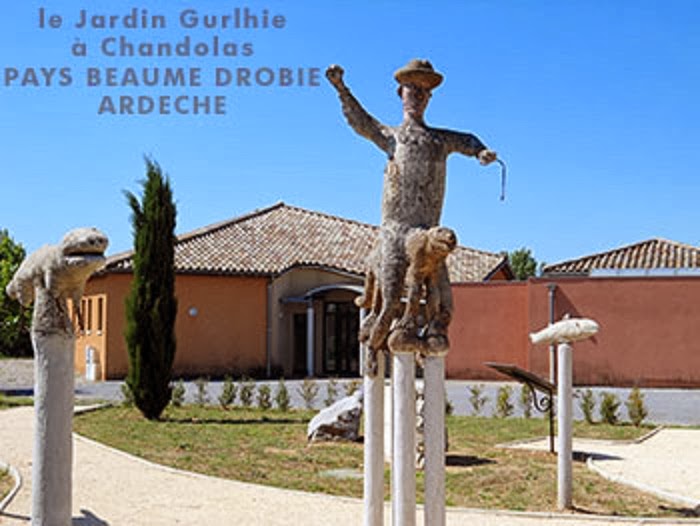 Located in the community of Chandolas (Ardeche area, France) where the D 208 meets the D 104, a permanent open air exhibition of sculptures features Alphonse Gurlhie.

Alphonse Gurlhie (1862-1944) was born in Chandolas. His mother died when he was six years old and he soon learned how to stand for himself. He loved to roam in the rocky area of the region and became an expert in hunting and fishing.

At age sixty-one, in 1923, he began making sculptures from concrete  mainly depicting animals in a naive style, such as beavers, otters, foxes, snakes, birds..... 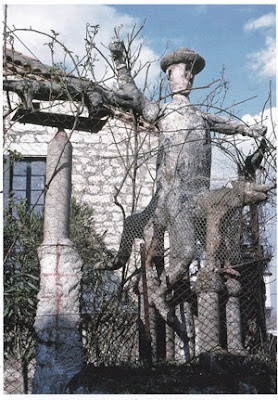 Gurlhie has continued making sculptures for some twenty years, and altogether he has produced some thirty creations, which he displayed in the outdoor space of the two houses where he lived. He first had a house in Beachastel, later he moved to Maisonneuve, a neighborhood of Chandolas.

Above picture shows a creation as displayed in front of his house in Maisonneuve. Below pictures show the same creation as exposed at the open air exhibition (pictures from the Beaume-Drobie website)

Not taken very seriously as a sculptor in his time, Gurlhie nowadays is seen as a precursor of art brut. 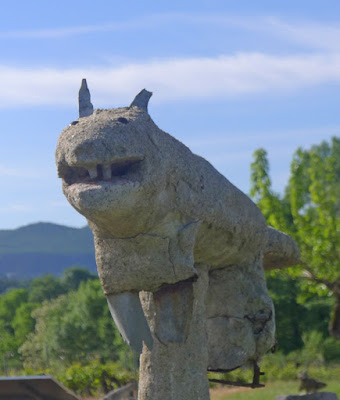 this picture and the next one courtesy of Jacques Muller

His artistic legacy for a large part has been saved, currently owned by the community of Chandolas, private persons and a local company. 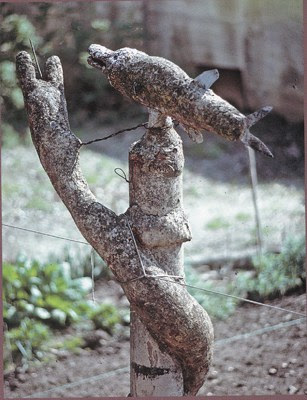 When in 2012 the community of Chandolas, in connection with the union of communities in the region, took the initiative to create an exhibition ground for its collection of Gurlhie's sculptures, the private parties joined this initiative and so an open air exhibition of  Gurlhie's creations was realized.

The site is located not far from where Gurlhie lived in Maisonneuve, where he had his sculpture garden.


On October 8, 1944 Gurlhie was buried at the cemetery in Chandolas in a tomb he had created himself, kind of a neolithic dolmen made from iron and concrete. It has the inscription: "Sepulcher of the neolithic area, Alphonse GURLHIE born February 1, 1862"