Piansano is a community in the Viterbo area in Italy with slightly over 2000 inhabitants.

Domenico Brizi (b. 1925), who lives in this community, worked in agriculture and had a job in Rome, some 90 km south of Piansano. 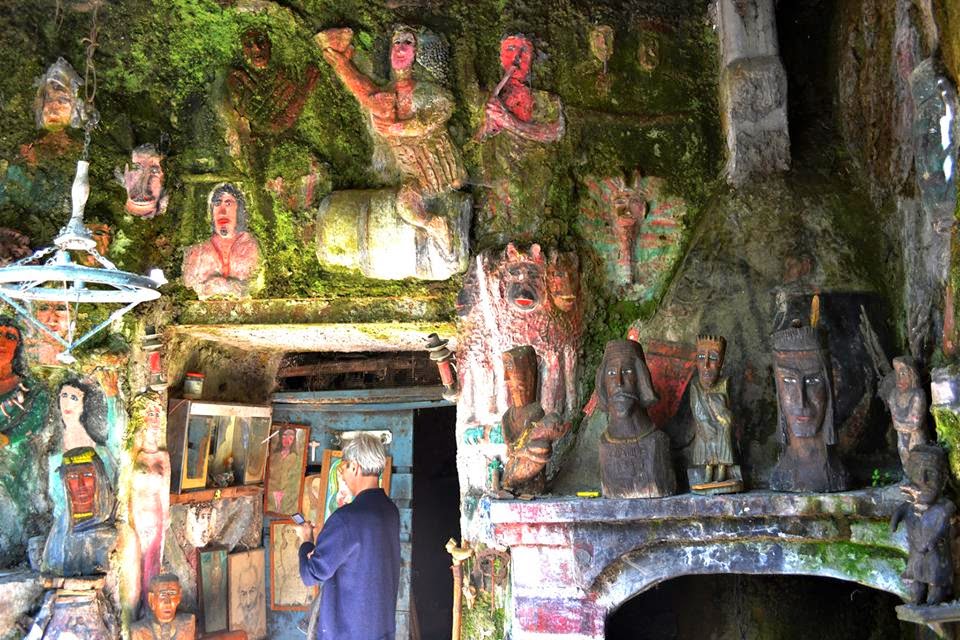 He has a house in the center of the community, but owns a vegetable garden at its outskirts.

The story says, that one day when working in his garden Brizi was overcome by a big rainstorm and had to take refuge in the storage of his gardening tools, kind of a cave with tuve walls.

To kill time Brizi made a decoration in a wall which resulted in a depiction of a donkey. 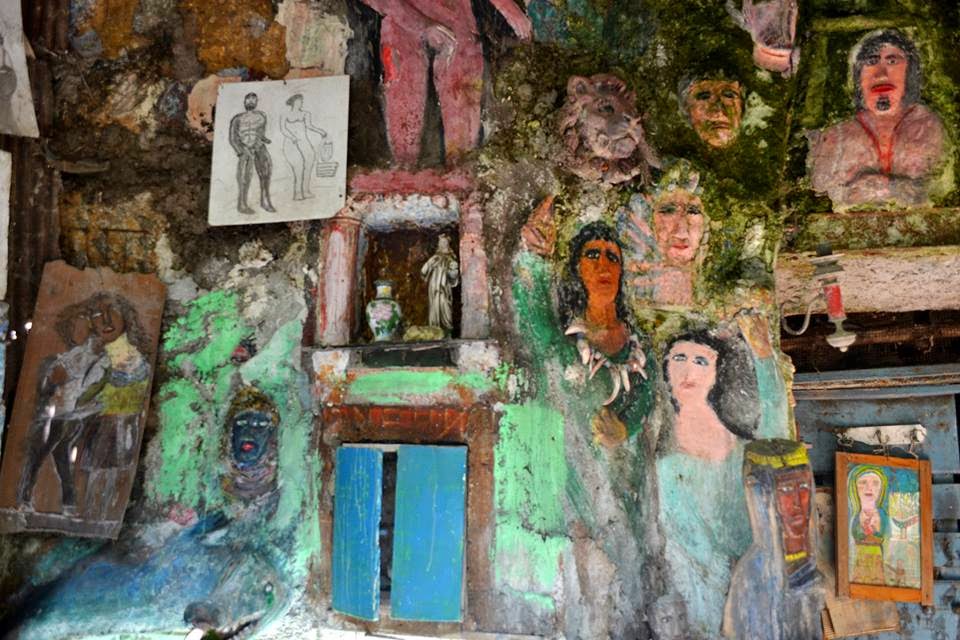 The story doesn't say in what year this happened, but I suppose it took place when Brizi was already retired, so probably in the late 1980s, early 1990s.

In any case, this event encouraged him to continue this creative activities, which he manifested in various ways. 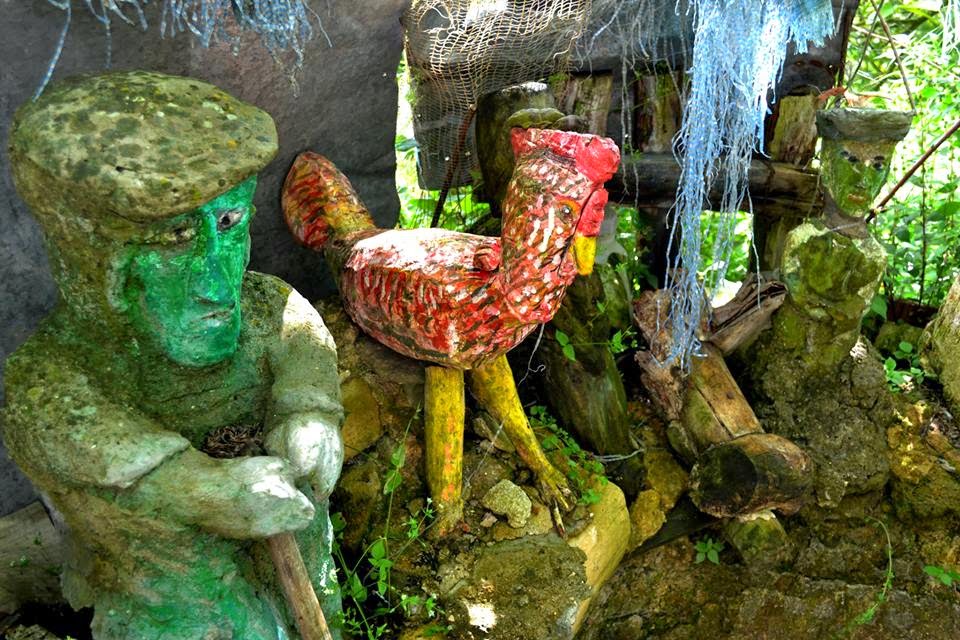 Brizi made constructions such as a small fountain decorated with shells and blue enamel, equipped with a crocodile that produced a stream of water. And there also was a mermaid enjoying this stream.

Sort of a little story..... an approach that also can be found in his multicolored frescoes: Bacchus pours wine, drunk by a beautiful lady.... 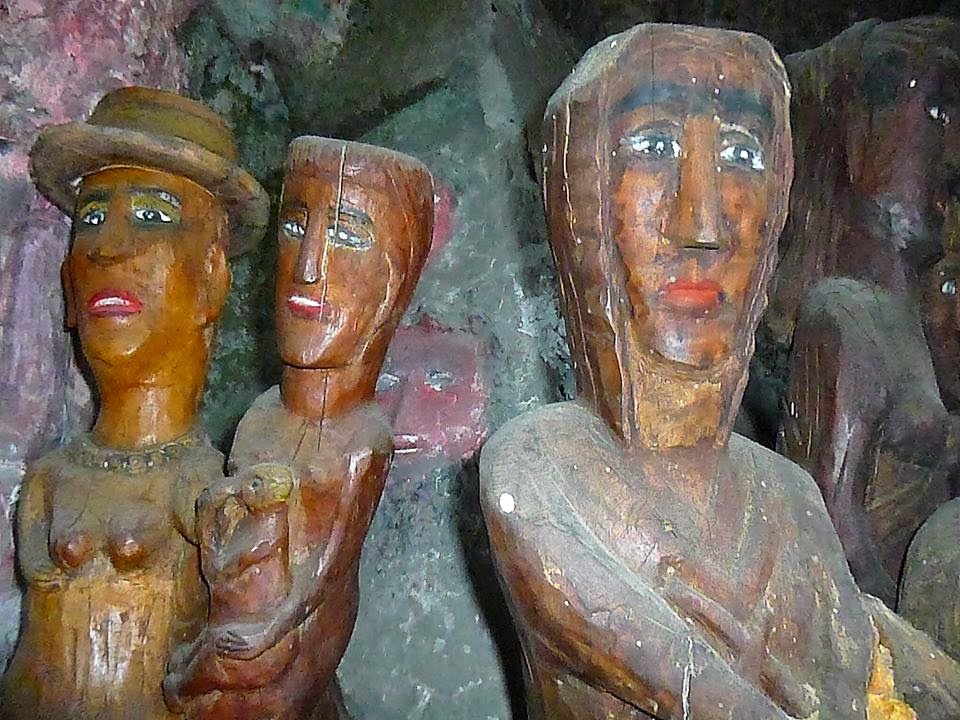 Brizi has been making polychrome wooden sculptures too, as in above picture.

In the course of the years the number of creations greatly increased and the cave became crowded with his artworks. It's state however is fragile, because of dripping water and works on the nearby main road. 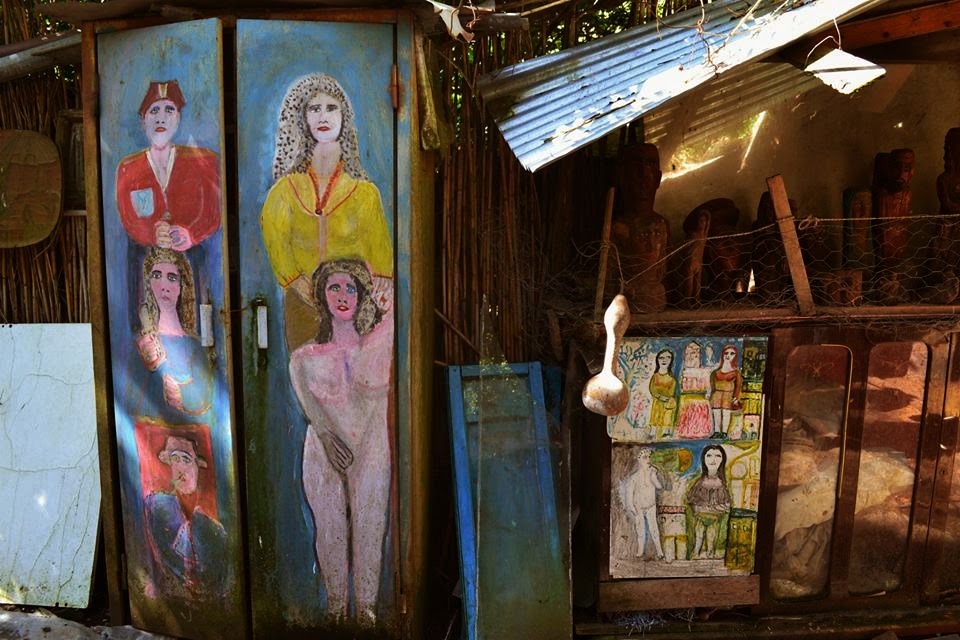 Brizi, who some years ago became a widower, currently (2014) is in his late eighties and I do not know if he still welcomes visitors.