Life demanded that Kitty Harri should live in many places in the world, supported herself in a variety of jobs, wrote novels (under the name Kitty Sewell) that have been translated into many languages,
to ultimately find her destiny in making sculptures and creating an art environment.


Life and works
Born in Sweden (in 1951) and enjoying a carefree childhood at a farm, at age thirteen Kitty Harri came to live with her parents in the Spanish Canary Islands. She had to learn not only Spanish, but also German because she went to school at a German institute.

At age 18 Kitty followed her parents to Canada, where she lived in Toronto and Vancouver, studied law, married, had two children, naturalized as a Canadian, divorced, got a licence to be a Notary Public and finally went to live with her two children in a remote town in the Canadian sub-Arctic. 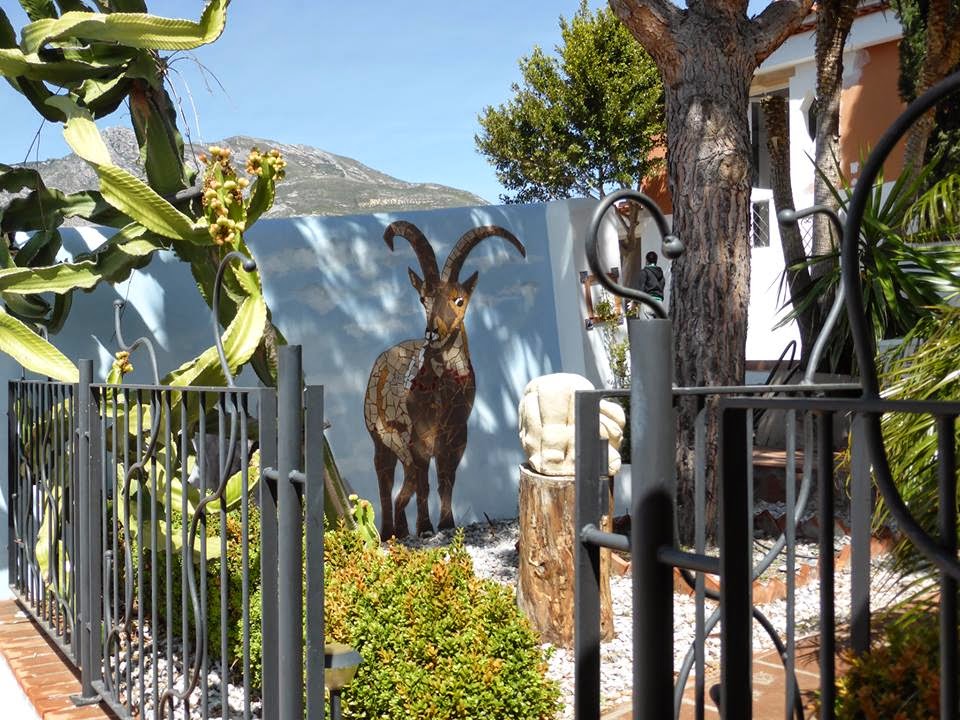 The arctic setting, far away from civilization, would provide the inspiration for her first novel Ice Trap.

Kitty met John, a doctor from England. They married and moved to the United Kingdom, where they settled in Wales. Kitty changed profession, re-training as a psychotherapist, working with the National Health Service.

After twelve years as a therapist, it was once more time for a change. Kitty did a degree in applied sculpture and a part-time master's degree in creative writing. 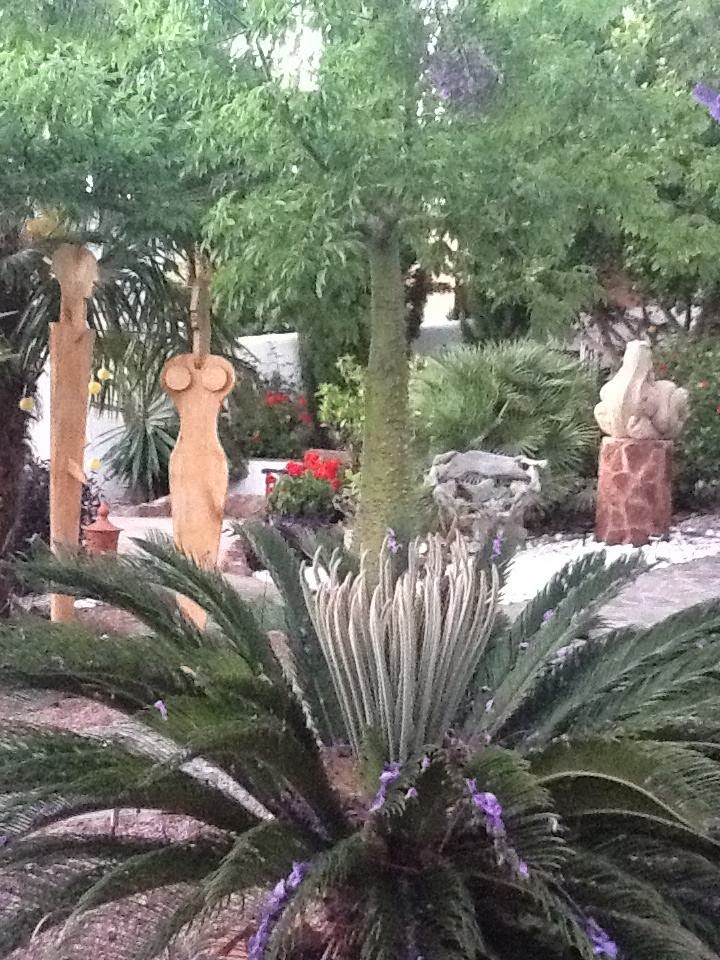 She began making sculptures and had several exhibitions, but then her book Ice Trap was published, became an international best-seller, and opened a new exciting future as a novelist.

Another divorce followed and in 2003 Kitty settled in Spain, finding a new home in the small community of Jete, Andalucia, where she had two acres of mountain paradise in the Costa Tropical region in the province of Granada.


Kitty began adding her sculptures to the garden of her house in Spain, the beginning of a variety of activities that continues until now, resulting in a garden that is constantly changing, both in lay out and in functioning.

Initially, Kitty combined her writer's career with decorating the garden, making sculptures herself, but also inviting other artists to stay around for some time and add creations to the garden.

In 2013 she slowed down her whirlwind writing career, and she started to spend more and more time on sculpting and transforming her land into an exotic garden and art environment.

When this post was published for the first time (april 2014) the garden had some sixty creations, some forty made by Kitty, some twenty by guest sculptors. The site included stone and wood carvings, bronzes, wall and other mosaics, metal sculptures and murals.

Until that time Kitty herself had mainly worked with stone and wood, but then she also began to work with other types of material, such as metal, glass and concrete.

In 2014 she also got a new partner, Nick Tasker, an engineer and musician, who assisted her in the further development of the sculpture garden.

The approach that was followed in the development of the garden actually implied that the site would become a combination of an art environment and a cultural center.

So the artist in residence project was intensified, and thus various visual artists from a variety of countries worked at the site for some time, staying if desired in a lovely little house in the village of Olivar, some four km from the sculpture garden.

The garden itself was provided with newly planted trees, palms and shrubs, and new walkways, terraces and galeries were added.

Another new approach was that workshops were organised, where participants can brush up their knowledge or gain new skills. In recent years, these took places in for example the fields of mosaic and ceramic making, but also in the field of creative writing.

And then, musical activities were also introduced. On open Sundays, classical music by Bach, Vivaldi, Telemann and others would be performed by The Chamber Players, a group of gifted musical friends with Nick on a windinstrument or on his self constructed harpsichord, depending on what other instruments participated.
All together a very special development of this art environment/cultural center that in  May 2019 included almost 200 creations.
In the course of 2020, Kitty Harri and Nick Tasker decided to sell the house in Jete and move to Punta de la Mona, on the coast south of Jete, where they settled in a residence they named Casa Artemus. Many sculptures also moved to the new location. A number of Kitty Harri's paintings have no room in the new location and will be sold.
Documentation (until 2020)
* Kitty Harri's website with news about the garden
* Kitty Harri's sculpture garden  on Facebook
* Entry on website TripAdvisor, with recent reviews and pictures

* A video by Caroline Krabbe (3'25". YouTube, March 2018) that gives a good impression of the various works of art in the garden