Above picture depicts Karel Forman¹ in his apartment in the community of Bruntál in the Czech Republic.

It's an ordinary flat in an ordinary three-storey residential block such as those built in the 1950s and 1960s in so many European towns.

Not ordinary however, is the decoration of this apartment. All available space on walls, ceilings, but also on furniture and utensils has been decorated with collages. The author of this creation, Karel Forman (b. 1929), grew up in Ludkovice, where he trained to be a baker. In the 1950s he moved to Bruntál, where he got a job as a truck driver and ultimately became a bus driver. 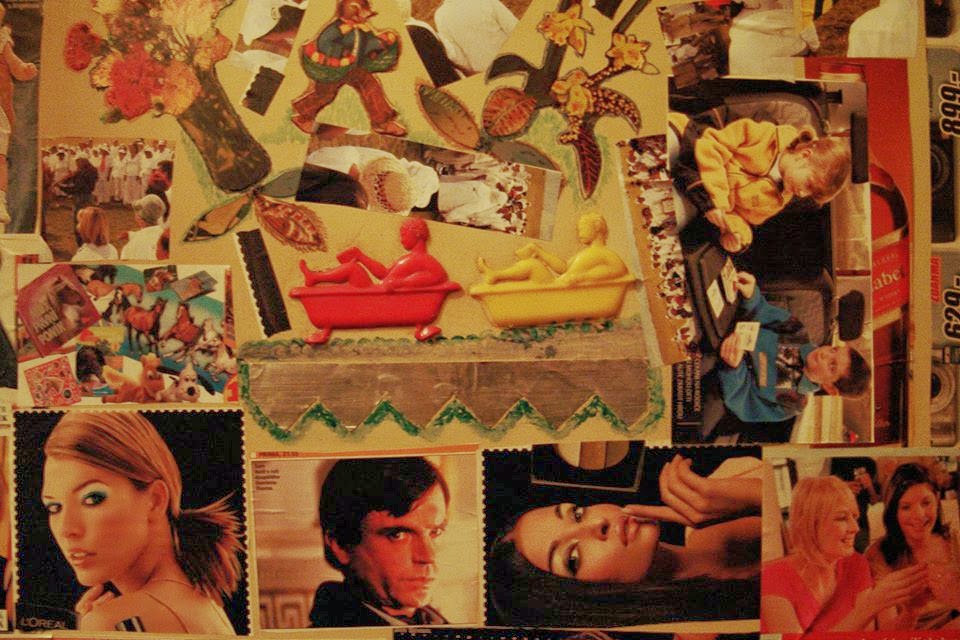 Karel Forman's grandson, Pavel Forman (b. 1977), who became a visual artist, has watched the work of his grandfather from the beginning, "one postcard in the bathroom, with a family photograph somehow worked into it".......

Although Karel Forman's wife was not amused and tried to stop the increase of collages on the walls, year by year the decorations grew until after some decades of work, the whole apartment was decorated with collages and had become transformed into -as Pavel says- a "unique and unrepeatable masterpiece". 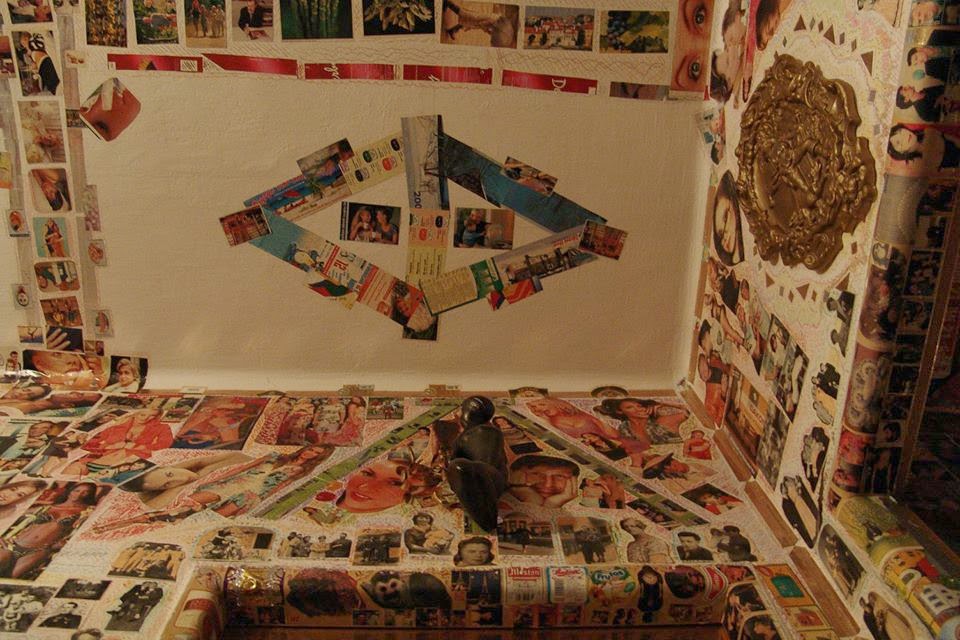 As so many outsider artists, Karel Forman worked quite intuitively, without any preconceived plan, using materials that were available around, such as clippings from magazines, chocolate and candy wrappers, beer mats and family photographs.

Pavel Forman and his grandfather

Karel Forman's grandson Pavel Forman, as said, has become a visual artist, who is well known in the Czech Republic and other countries.

In 2009 Pavel introduced his grandfather at the opening of an exposition he had in the Caesar art gallery in Olomouc in the Czech republic. At the occasion he published a folder entitled No Return.

Pavel has converted fragments of his grandfather's work through digital printing and painting into his own work.

As Pavel says: "The reality captured by cameras in other people's hands was turned into a new one seen on the walls of my grandfathers flat and I will consequently work it into a new level... What comes into being is a visual family saga (...)"

Documentation
* Article by Pavel Konečný on Facebook, with many pictures (September 2013)
* Tomás Koudela, Karel Forman - Byt jako socha (A flat like a sculpture), Ostrava, 2012
* Pavel Forman's introduction to No Return, the family saga, in OEE texts

Email ThisBlogThis!Share to TwitterShare to FacebookShare to Pinterest
Labels: interior decorated with collages