Above depicted sculpture garden doesn't exist anymore at its original location. However, the sculptures have been donated to the French outsider art museum La Fabuloserie, where they are exposed in the museum's large garden.

Jules Damloup (December 14, 1898 - August 29,1985) lived in the small community of Broësses, part of the municipality of Pithiviers in the Loiret area, France.

He was a farmer and when retired in 1963 at age 65, he began making sculptures from all kinds of African animals such as the lion and the little elephant pictured below.

The site, named La petite Afrique, also included sculptures of such animals as a monkey, an ostrich, a zebra, a hyena, a dromedary and a pelican.

When Damloup died in 1985, his son Fernand continued the care of the site, until in 1991 he and the other members of the family decided to donate the sculptures to the Fabuloserie, the private outsider art museum in Dicy, France, established in 1983 by Alain Bourbonnais, where these sculptures currently are showpieces. 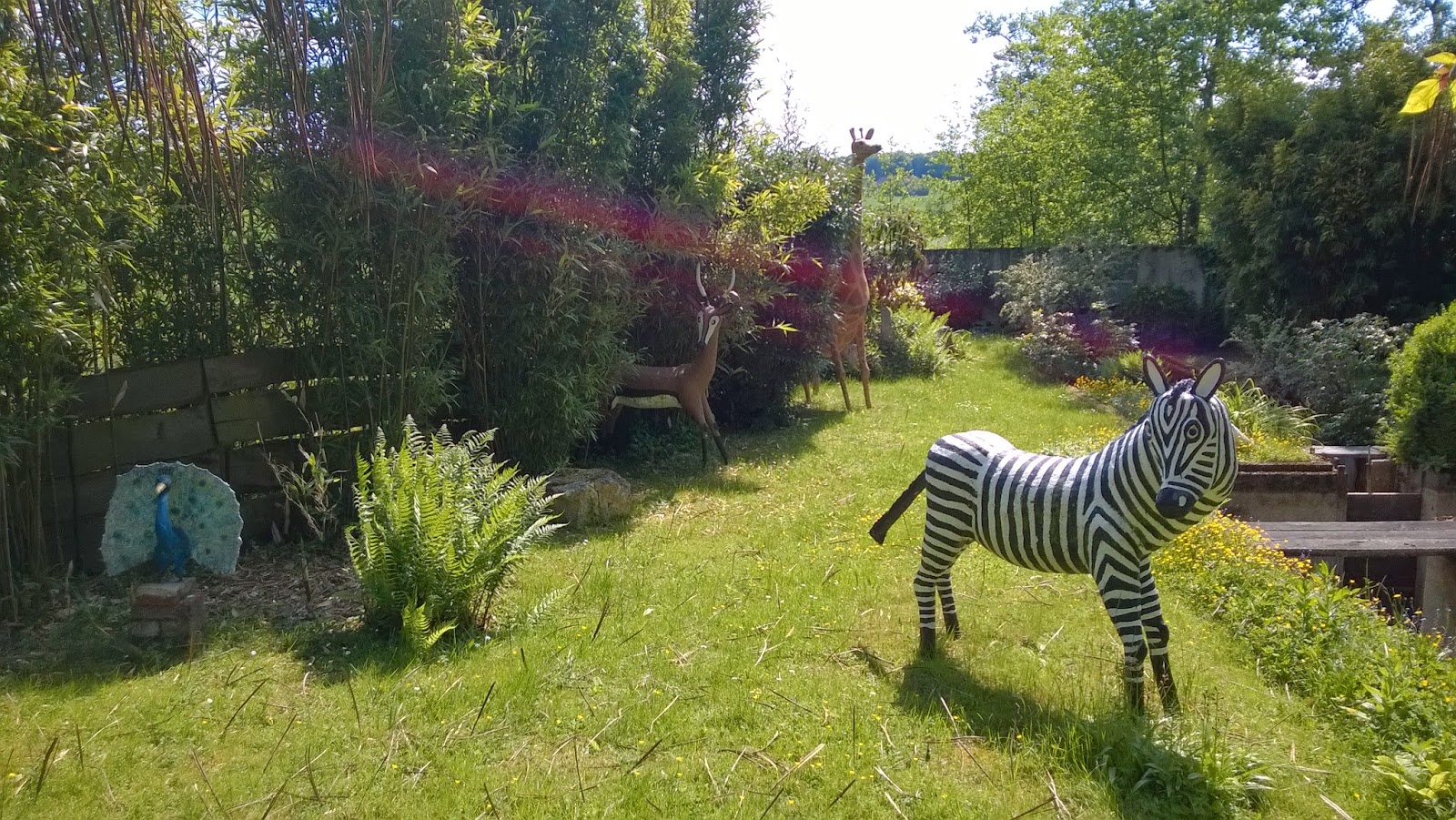 The sculptures are in a wonderful condition, taking into account that they were made so many years ago.

In general there is not much information available about his art environment in relevant French blogs/websites and other publications. It was therefore very welcome that in 2017 the Lille Art Museum on a new website published the documentations compiled by some French researchers, that currently are managed by the museum.