Zagaré, a town with a history that goes back to the end of the twelfth century, is located in the north of Lithuania, near the frontier with Latvia. One of its features is an art environment commonly referred to as Puodų namas (The Pan House). And indeed: pots and pans galore....on the roof and on the walls.

The site has been created by Edmundas Vaiciulis ¹. As so many people in the community, he has a nickname, which in his case is Fly.

Born in 1959, after primary school he attended the Siauliu Politechnikumas to graduate as a mechanical engineer.

His first job as a mechanic in nearby Joniskis took only one week because his hairdo and footwear were not covered by his employer's taste.

He also was a driving school instructor, a job that was terminated when he and some others on the school's premises began a trade in empty bottles, this to the dismay of the owner of the driving school.

This may characterize Vaiciulis as the man averse to conventions he is. 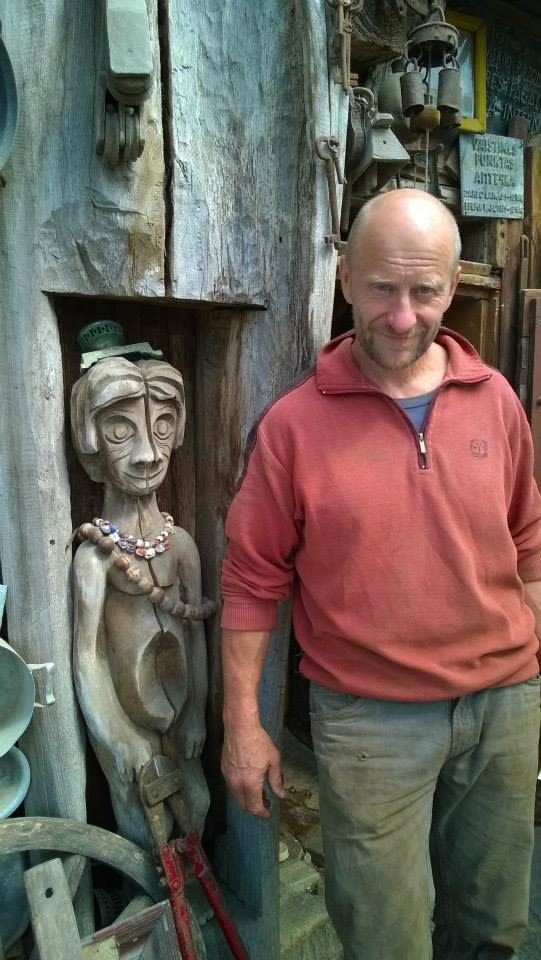 In an interview he said: There is no order, no logic, neither in the physical, nor in the spiritual world. This goes for my world too. There are no reference points. Order is relative....

A slightly unruly man, somewhat eccentric, pagan, who said from himself that he never grew up totally and never lost the child inside him (which in his view made him qualified to deal with kids when for some time he was working at Zagaré's special school).

A man with a great feeling for justice and democracy, Vaiciulis has been active in organizing civil action and he was an independent candidate for the community council.

But probably he is best known for the way he decorated his house and yard.

When in the early 1990's the Lithuanian national government introduced privatization, Vaiciulis could become owner of part of a house in the center of the town. He wanted to rebuild it, but the inhabitants of the other part of the house saw no benefit in such an undertaking.

So the house remained as it was, i.e. in terms of construction, because soon Vaicilius began placing pots and pans on the roof and attaching metal plates and other household attributes to the exterior front and side walls.

Most of these probably over a thousand items have been collected by Vaicilius himself, but some have been offered by others, who liked Vaicilius' decorative activities.

Another typical form of decoration includes animal skulls attached to a wall of a barn in the garden. 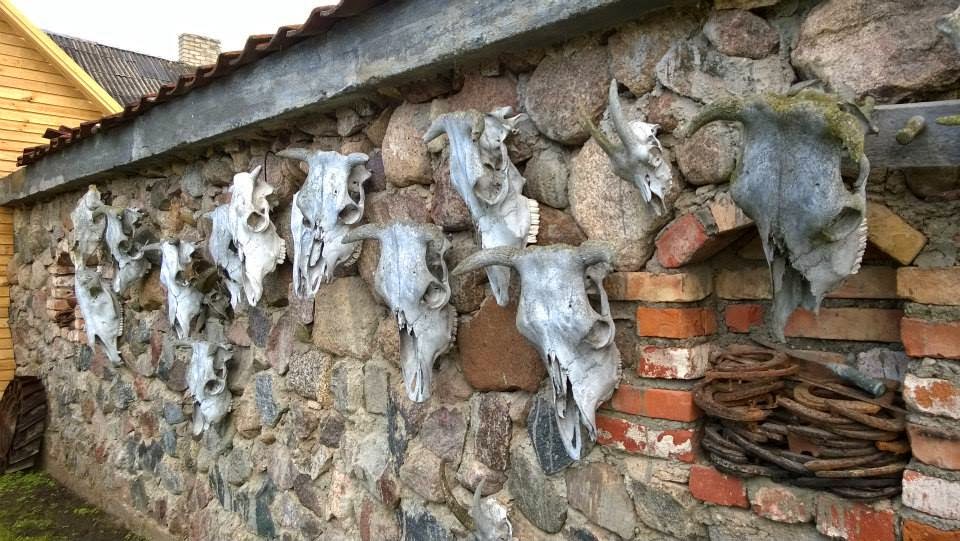 The garden also has a varied collection of iron items, such as household objects and machinery parts..... 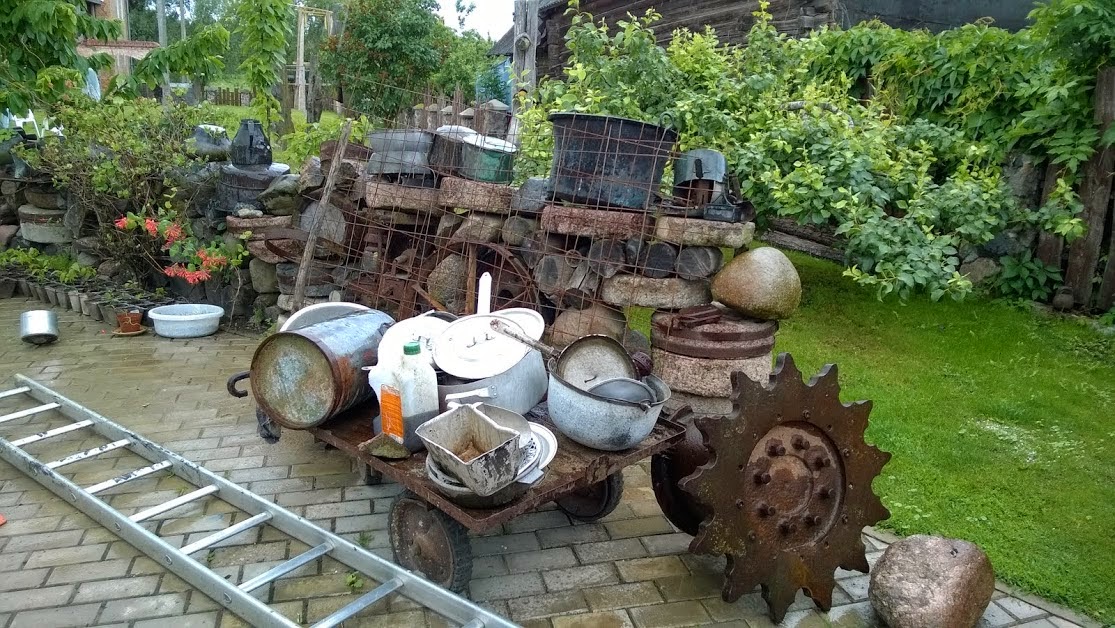 Very appealing from a sculptural point of view are Vaiciulis' wooden sculptures, which also find a place in the garden. 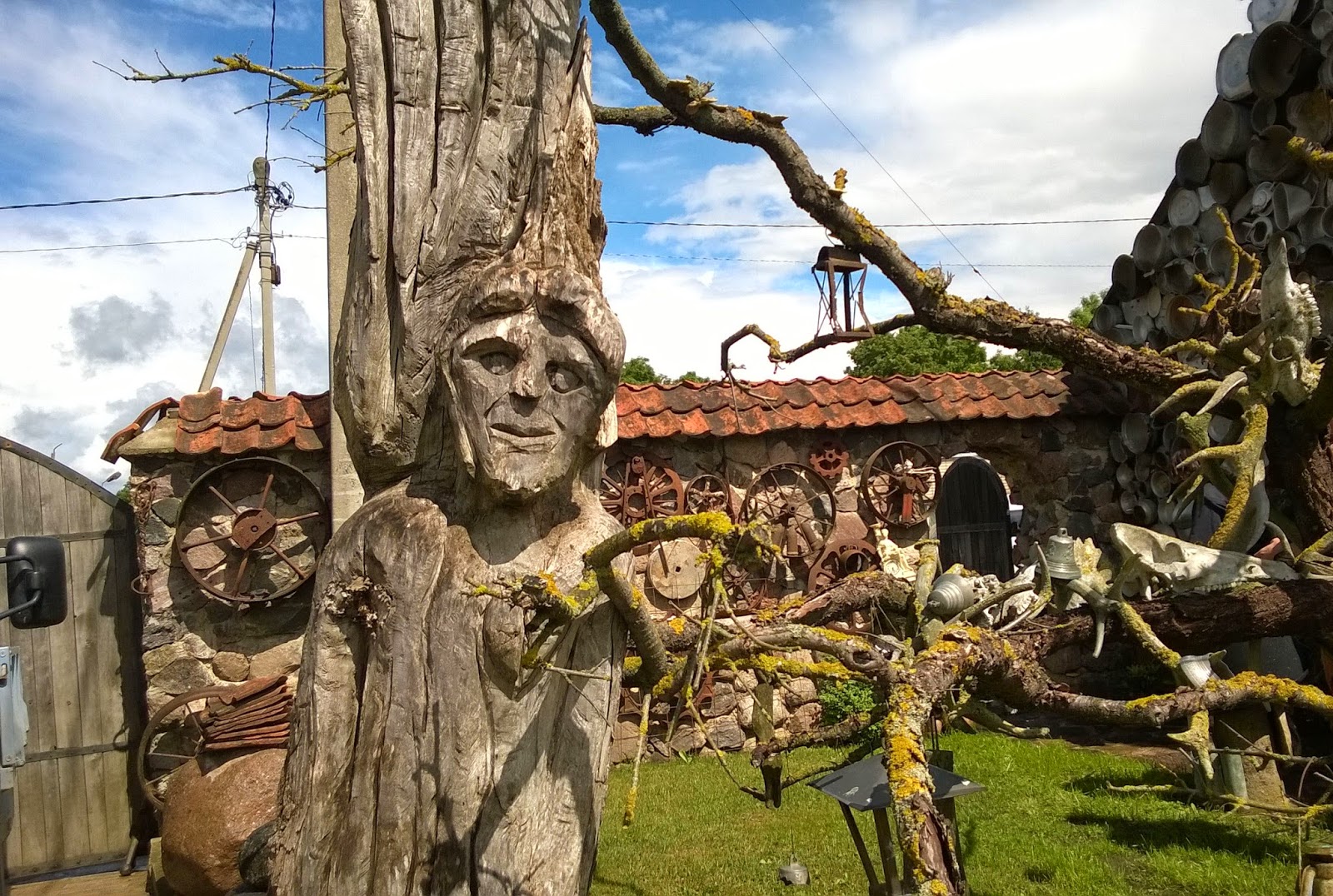 A gifted self-taught sculptor, he transforms tree trunks into impersonations of archetypal persons.


Some of his wooden sculptures are on display in Zagaré's public space. 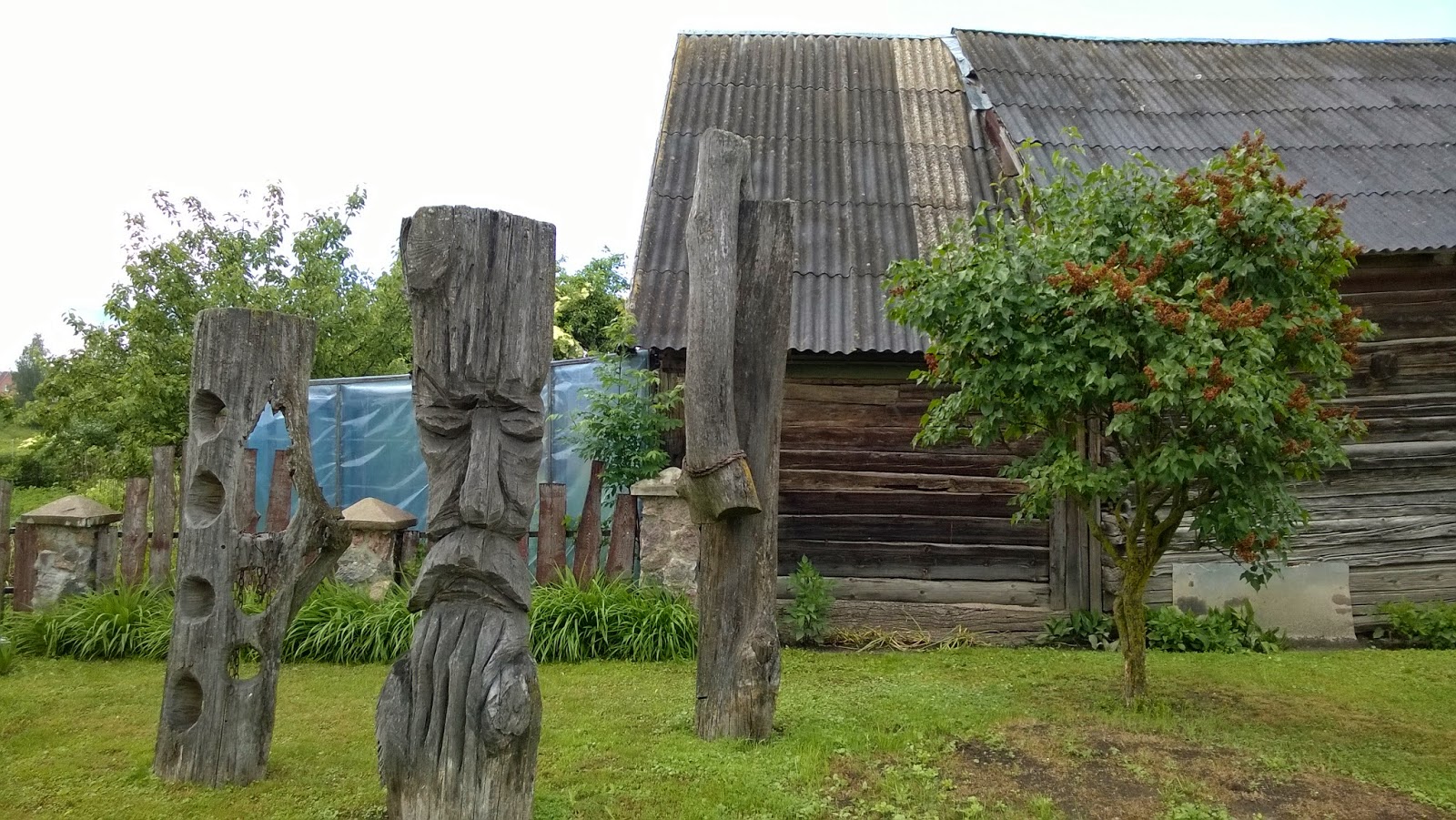 Vaiciulis is favorably disposed towards groups and individuals who would like to visit his art environment. He has become accustomed to the interest and doesn't see this as something to make a fuss about.

However, he may tell his visitors apocryphal stories, just to check how vigilant and intelligent they are.

note
¹ I am indebted to Gintare Valuckyte from Lithuania, who assisted me in editing this post