Many French communities have a street named after Jean Jaurès, a well known French politician, but probably only the avenue Jean Jaurès in Bléneau, France, can boast the presence of a site with kinetic (outsider) art as in above streetview (2013).

Born in 1929 in Italy, Roméo Gérolami after World War II moved to France where his father had a job as a mason. Maybe he was in the masonry too, but anyhow he felt more attracted to a profession where he could give way to his technical skills and interests.


So Gérolami found a suitable employment in the automotive industry, where he had a job as a foreman.

Living in an apartment in Paris, he would not have much room to install self-made kinetic constructions, although as far as I understand he decorated the living room with spiral-like constructions from the bearings of wheels. 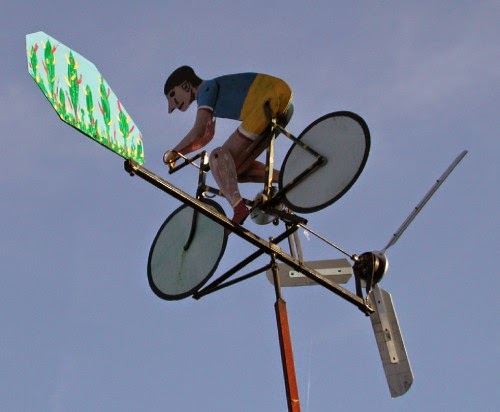 However, once retired he and his wife moved to a house in Bléneau (Burgundy area) with sufficient outdoor space to install large kinetic constructions.

So from the mid 1990s on Gérolami embellished his garden with a dozen of such constructions, installed on high poles. 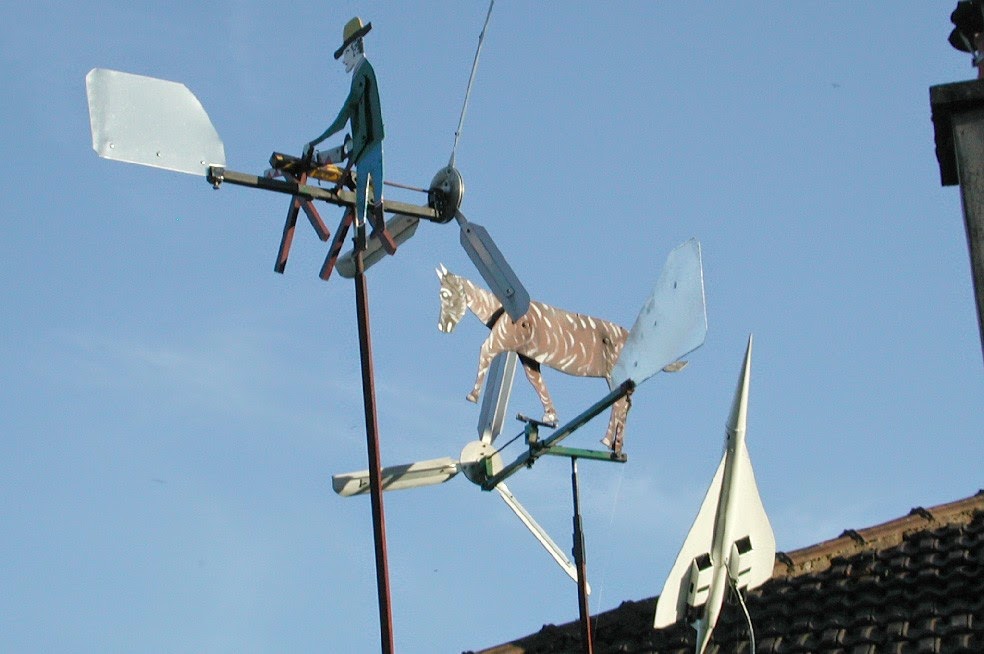 His creations include small scenes of activities of daily life, such as cyclists pedaling on their bikes, and a carpenter sawing a piece of wood, but he also made airplanes, all items with movable parts driven by the wind.

Busy for hours in his workshop in the basement of his house, processing all kinds of discarded material, such as parts of old washers, Gérolami is typical what the French so eloquently call a bricoleur.

Documentation
* Post (June 2012) with pictures on the weblog of Laurent Jacquy
* Entry on the website of Art Insolite, with a short video by Jean Cristophe Humbert