The small community of Bassan with some 1400 inhabitants, north of Béziers in the Hérault area in southern France, has a modest museum that displays meubles modestes (modest furniture)
.
Life and work

The man who made these meubles, Alain Fornells (b. 1952 or 1953), a retired home-care male nurse, by vocation is an ébéniste poète, a cabinetmaker/poet.

Around 1996 he began making assemblages from parts of old wooden merchandise crates. He transformed these into cabinet-like creative constructions, often decorated with texts and/or signs, occasionally equipped with illumination and sound devices. 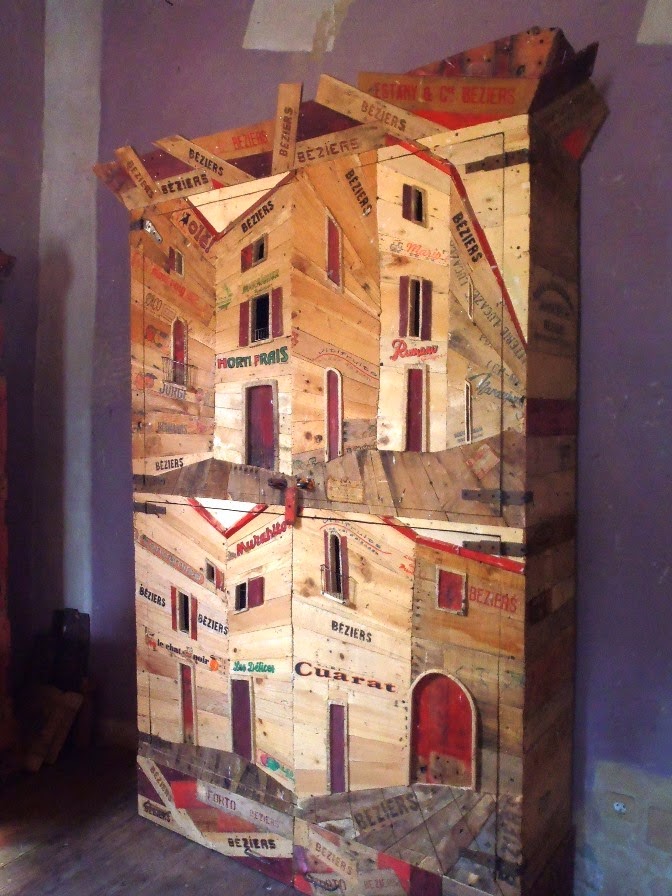 In the course of the years this activity has resulted in a very special interior art environment: a downstairs room of his house filled with creative constructions. 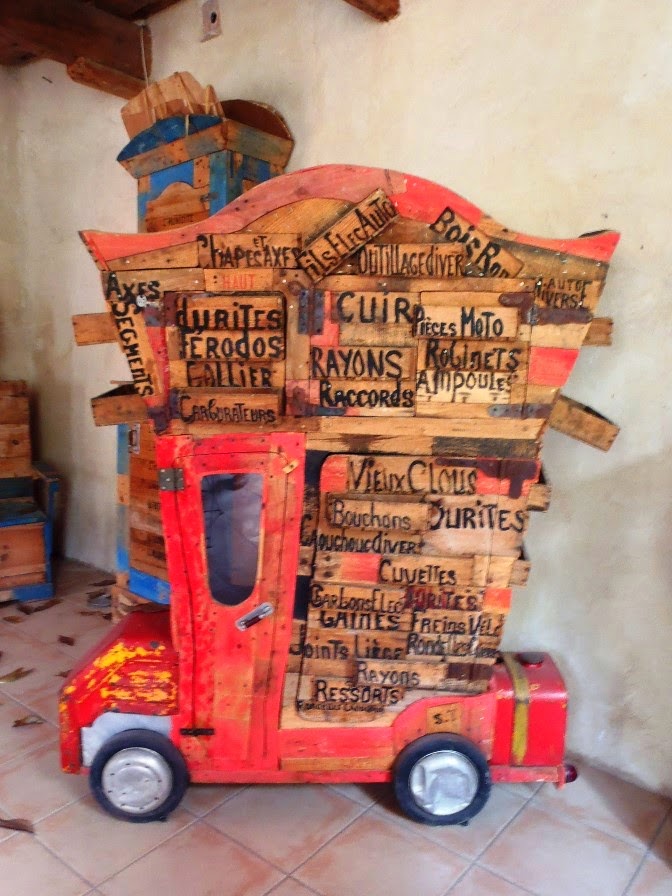 Each item expresses a story that emerges when Fornells begins making it: childhood memories, dramatic events in the world,  fantasy ..... The creations take the form of cars, cupboards, boats, submarines, hidden dollhouses or are just fantasy constructs. 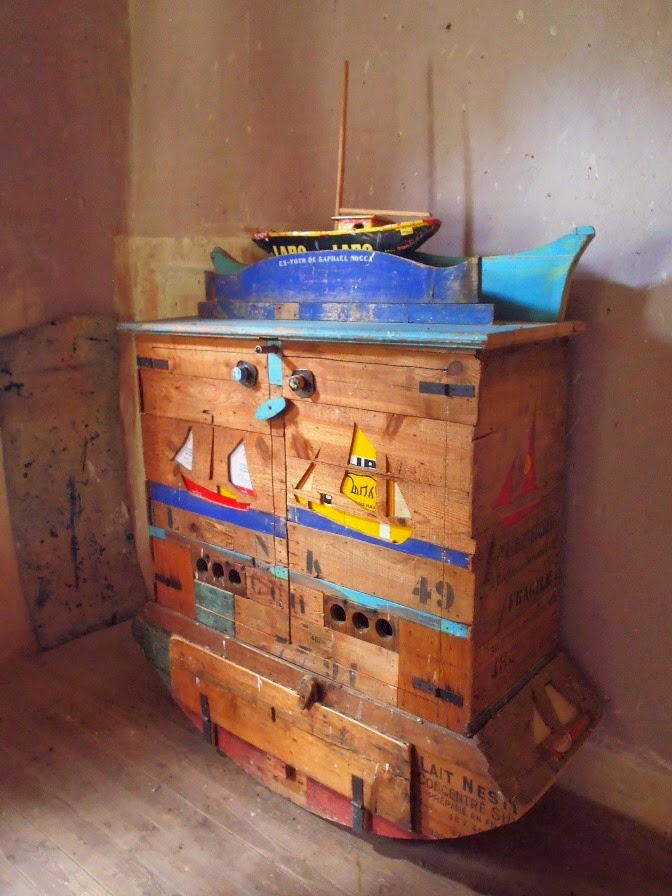 His creations include a cabinet dedicated to the memory of the Russian submarine Курск that crashed in 2000. Another one is La Loba, based upon the book by Clarissa Pinkola Estès, Women who run with wolves. And there is l'Impracticable, a cabinet with doors that open inward and occupy all space.

Fornells'  oeuvre comprises a wonderful world with mixtures of the real and the imaginary, the useful and the useless, childish dreams and adult actuality.... 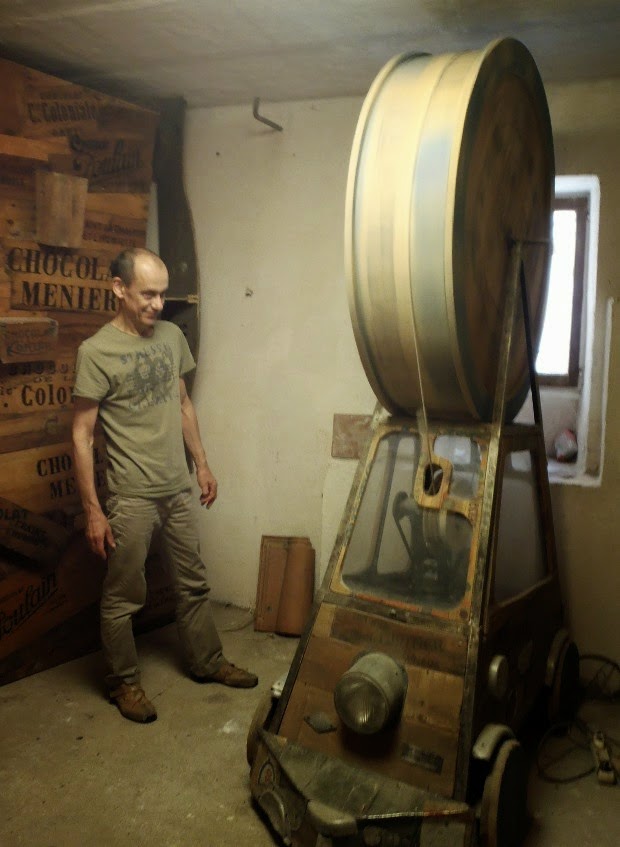 Email ThisBlogThis!Share to TwitterShare to FacebookShare to Pinterest
Labels: installation