Savitaipale is a small community of some 3800 inhabitants in the South Karelia area in southern Finland. It has a special art environment: a fairy tale cottage garden, created by Heikki Kylliäinen.

Kylliäinen (born 1945) had a job in a local factory that produced prefab concrete. In 1992 he was declared unfit because of an injury to his back.

The large garden around his house currently has a collection of various wooden cottages, some rather small, others with three floors and with balconies, all singlehandedly constructed by Kylliäinen in the course of the years. 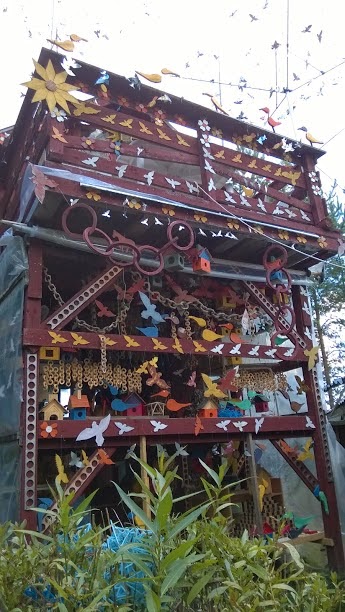 All cottages have been abundantly decorated with colorful items, often made from recycled materials,

These items represent birds, flowers, horses or stars and in general they are arranged in rhythmic patterns. 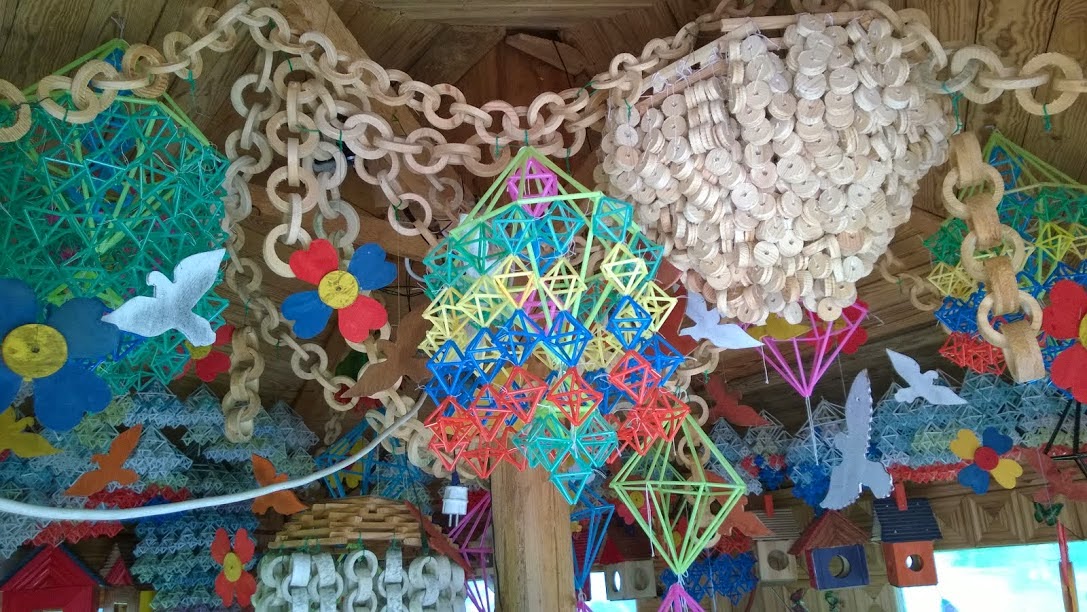 Other embellishments Kylliäinen made have the form of garlands and mobiles.

A special variety of mobiles, in generally made from straw and used to decorate the interior of houses, especially at Christmas time, in Finnish is called himmeli.

So Kylliäinen's art environment is also announced as Himmelitaivas, as in Pirtola's video (see documentation). 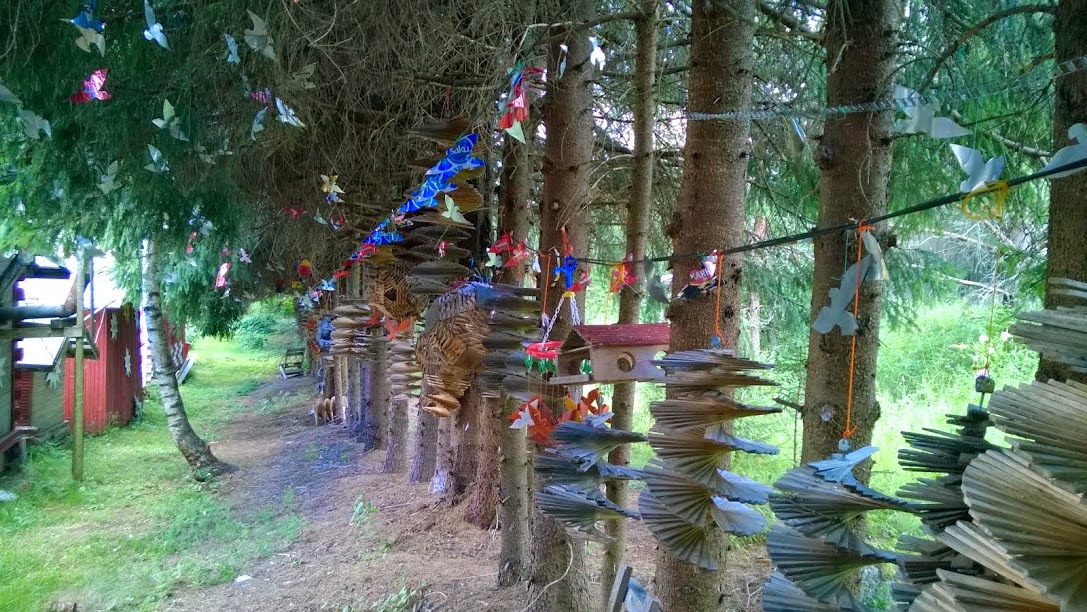 Trees in a row that limit the garden, are connected with these colorful creations. 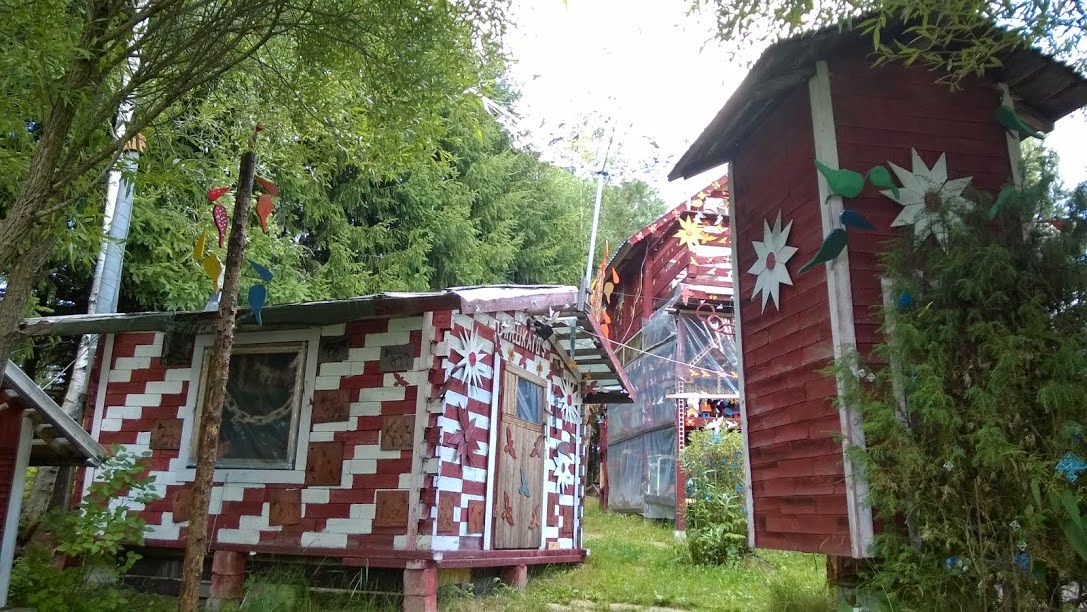 In 2015 the Kokkola ITE-museum (outsider art museum) in Finland had an exposition about some Finnish outsider artists who abundantly decorated their home, among whom Heikki Kylliäinen. The picture below shows how he was featured.