Born in Recklinghausen (Germany) Erich Bödeker (1904-1971), after completing his primary education, at the age of around fourteen went to work in a coal mine, in these days an important industry in the German Ruhr area.

He would continue this job for over forty years, until in 1959, at age 54, he contracted silicosis and was declared unfit.


For Bödeker this was the moment to start a new life.

Much to the astonishment of his family and friends he began making sculptures from all types of waste material such as old boxes, kitchenware, parts of machines...

After his first experiences with this kind of activity he continued making sculptures by mainly using wood and concrete, in particular with a focus upon depicting persons and animals

He covered his sculptures with rain-resistant brightly colored paint (The video listed in the documentation has pics in color; those of the garden, made in the 1960's, all are in B/W). 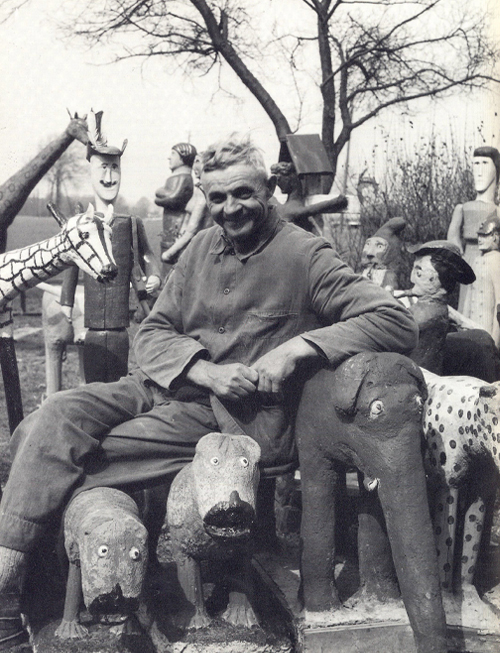 Bödeker displayed his creations in the garden around his house, which was located along a street in the outskirts of the town. In general the garden included some hundred items.

In 1961, fairly soon after Bödeker had started as a naive artist, the director of the museum in Recklinghausen, by chance passed the location, saw the sculptures and contacted the sculptor. The meeting resulted in an exposition of Bödeker's sculptures in the local town hall.

Thereafter Bödeker almost every year got expositions (click here for a complete list). In 1970 he participated in the first Triennial of Naive Art in Bratislava (INSITA) , where he won the first prize for sculptures. 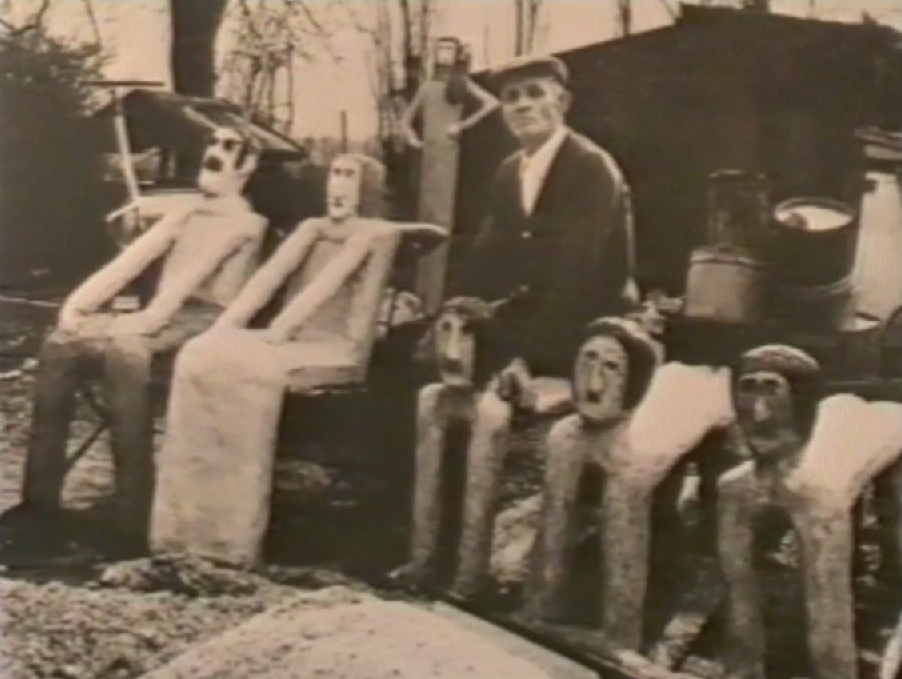 Although his garden became a meeting point of people who were interested in his sculptures, as far as I know, in Germany the site as such never has been regarded or described as an art environment.

Probably Bödeker himself used the garden more as a storage area, rather than that he wanted to transform it into an artistic creation as such. But then, Bödeker also had to learn from others, that he happened to be a naive artist...

Indeed, recognizing and naming art work often depends upon the point of view and background of the observer. When in France in the 1960s interest in art environments arose (Ehrmann's Les inspirés et leur demeures, 1962; first research of Bernard Lassus), Germany did not have such a development, perhaps also because these phenomena are rare in that country. 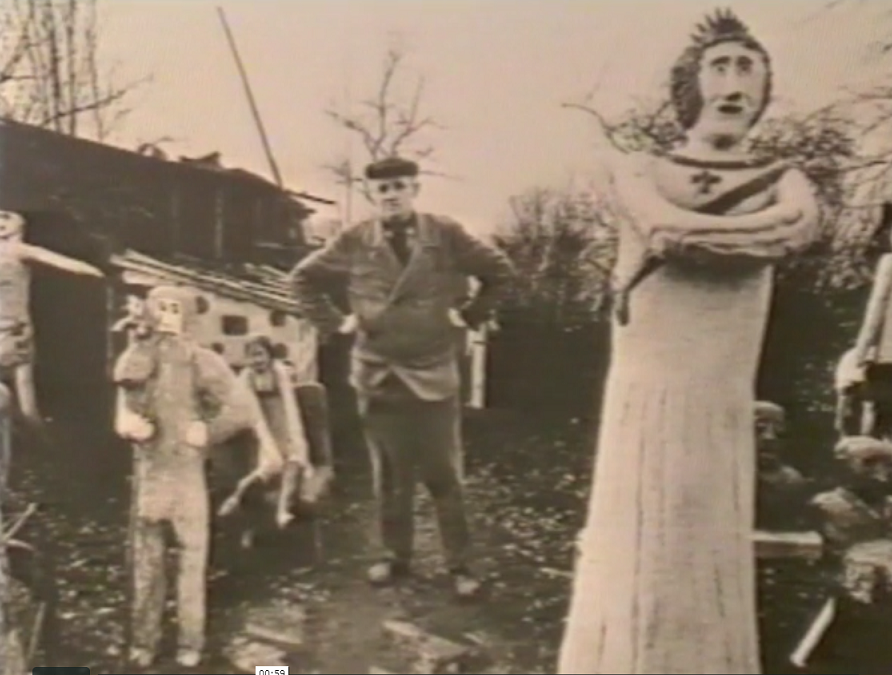 Having been active as a naive artist for some eleven years, in 1971 Bödeker died in his garden in the midst of his sculptures.

He had created over a thousand sculptures, many of which are included in private or museum collections.

In all likelihood currently all sculptures have been removed from the garden..